50 Cent accidentally made $8 million in bitcoin

In 2014, rapper 50 Cent let people buy his album Animal Ambition using bitcoin. He then let his account lie unused for years, and only just recently discovered that he’s now a bitcoin millionaire, as first reported by TMZ.

At the time, a single bitcoin was worth only $662, and the rapper’s fans could pick up the album for a fraction of that. In total, he pulled in over $400,000. Since then, the value of bitcoin has soared: the price of the cryptocurrency rose as high as $17,000 earlier this month, only to drop under $10,000 in recent weeks. (At the time of writing, bitcoin is now worth a little more than $11,000.) After sitting untouched in his account for years, 50 Cent’s earnings are now worth $7 million to $8.5 million, based on the current fluctuating bitcoin valuation. 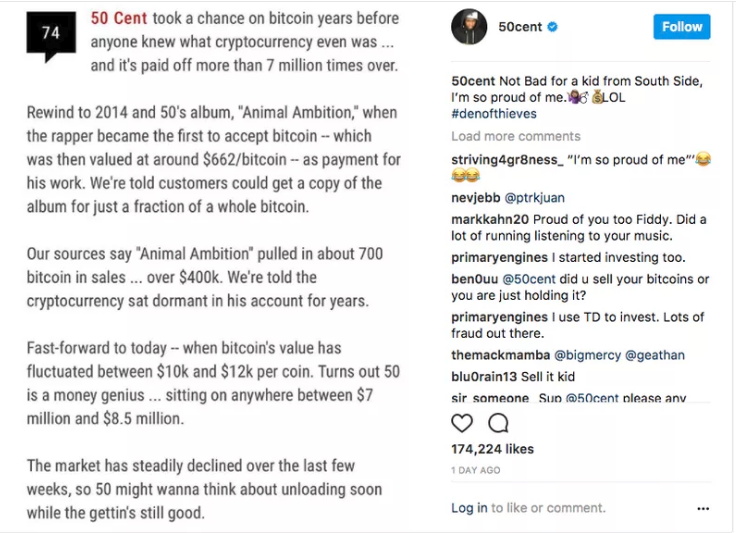 50 Cent confirmed his new windfall on Instagram and Twitter, saying, “Not bad for a kid from South Side, I’m so proud of me.” He later commented on his post: “Ima keep it real, I forgot I did that shit lol.” 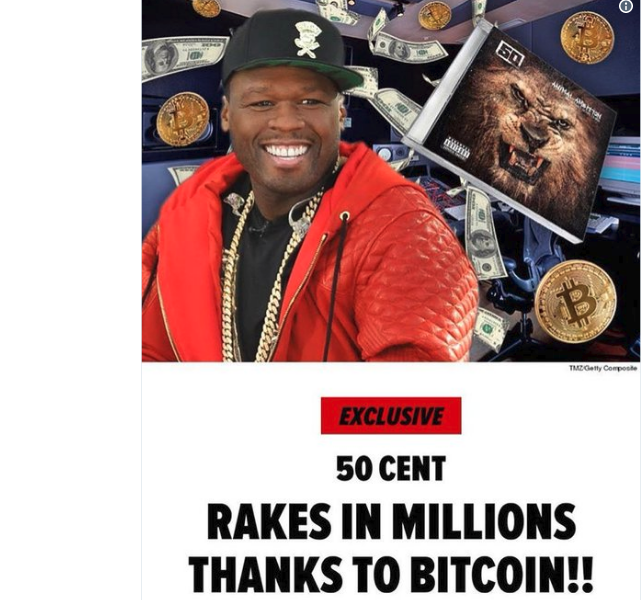 Bitcoin evangelists on Twitter were quick to respond to 50 Cent, pitching him the various crypto platforms and coins that he should check out next. One of them even joked that 50 Cent would like the coin DeepOnion because it used to be valued at fifty cents.

50 Cent is just one of many people who acquired bitcoin, only to forget about it. He’s lucky that he remembered his login info — many others have forgotten their old account logins and lost out on potential wealth, which will forever be locked away due to the nature of cryptocurrency.