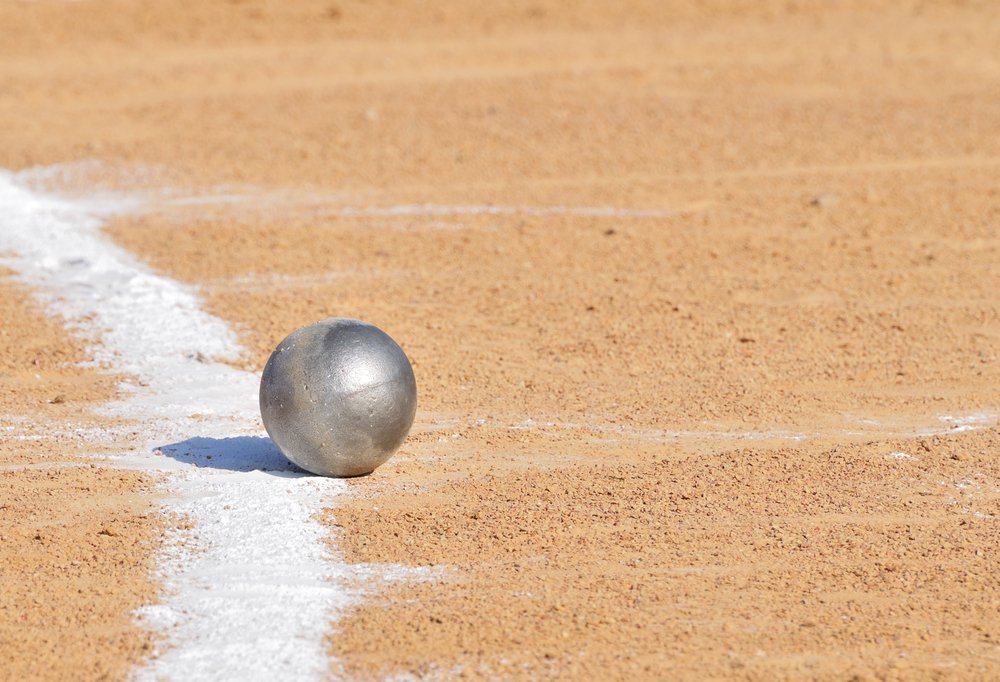 The bitcoin price rallied on Wednesday, leaping 9% to cross $4,200. The wider crypto markets followed bitcoin’s lead, with 93 of the top 100 cryptocurrencies marching into positive territory for the day.

This near-universal advance added more than $10 billion to the total cryptocurrency market cap. After entering the day at $142.5 billion, the total value of all cryptocurrencies burst through the $150 billion threshold to set a new all-time high of $154 billion.

The bitcoin price had experienced an early-week correction, briefly diving as low as $3,675 on August 22. Theories for this decline include a hashrate shift from bitcoin to bitcoin cash, as well as concerns surrounding the Segwit/Segwit2x debate. However, the bitcoin price had strong support on the Asian exchanges, which helped prevent it from staying below $4,000 for long. Today’s 9% climb brings the bitcoin price to a present value of $4,243 and a market cap of just over $70.1 billion.

The ethereum price did not quite keep pace with bitcoin, but it did return a 4% increase for the day. At present, the value of ether is $323, bringing the ethereum market cap to $30.4 billion.

Metropolis, ethereum’s next major protocol upgrade is, quickly approaching. Although these protocol upgrades are implemented by hard forks, they have generally been supported by the community. Consequently, many investors believe the ethereum price will close on $350 as its September release nears.

The bitcoin cash price surged close to $1,000 last week, one of several converging factors that made bitcoin cash more profitable to mine than bitcoin. Suddenly, the bitcoin cash hashrate exploded, nearly reaching parity with bitcoin. At its height, bitcoin cash boasted 44% of the combined hashrate between the two coins.

However, the hashrate increase triggered an August 22 difficulty adjustment that caused bitcoin cash mining profitability to plunge. Bitcoin cash is now just 42% as profitable to mine as bitcoin, which has led several miners to move hashpower back to the main blockchain. At present, bitcoin cash has about 27% of the combined bitcoin hashrate.

Bitcoin cash was the only top 25 cryptocurrency to decrease more than 1% for the day, and most coins returned significant gains. 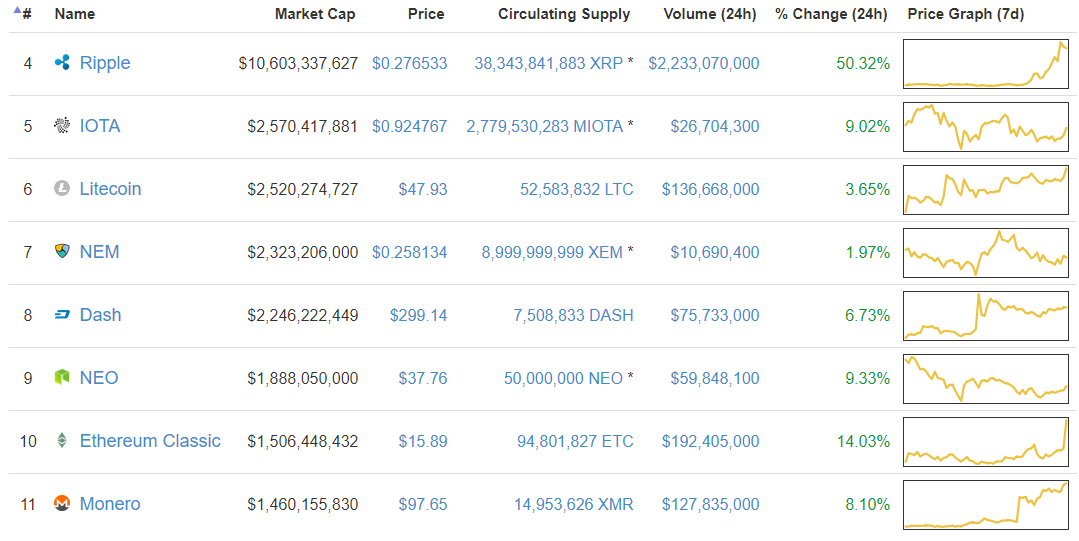 The Ripple price led the way, posting a shocking 50% increase following a flood of volume on the major Korean exchanges. This rapid advance raised the Ripple price as high as $0.300 for the first time since June 25, although it has since tapered to $0.277. Ripple now has a market cap of $10.6 billion, putting it within striking distance of reclaiming the 3rd spot from bitcoin cash