Recently, the price of bitcoin surpassed US$1,000 for the first time since the first few days of January. It stabilized at the $1,020 margin in most global markets and exchanges. Some regions like South Korea, Japan and China demonstrated arbitrage opportunities, with bitcoin being traded at around 7~8% premium.

bitcoin being traded at around $1,100 in South Korean #bitcoin exchanges including Korbit & Coinplug. Nearly 7% premium. pic.twitter.com/NeuWFzhn9f 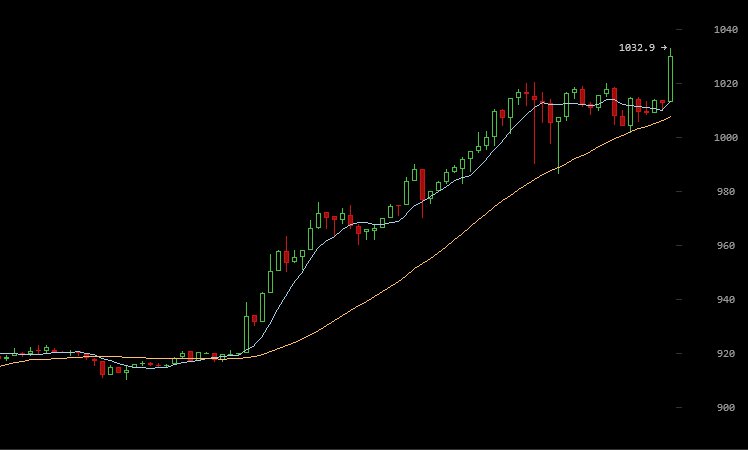 Although many factors can be analyzed to explain the recent price surge of bitcoin, the most evident factor is the decline in the value of US dollars. Previously, when both the mainstream and bitcoin media reported that the Chinese market controlled approximately 93% of the global bitcoin exchange market, analysts and investors closely looked at the development of the Chinese market and regulations. As such, events like the devaluation of the Chinese yuan or introduction of tightened policies such as the imposition of regulation on Wealth Management Products were perceived as major factors behind the increasing value of bitcoin.

Upon the “clean up” of Chinese bitcoin exchanges as the People’s Bank of China (PBoC) like to describe it as, it was revealed that the USD/BTC pair is more liquid than the USD/CNY pair. In other words, major USD supporting exchanges like Bitfinex, Kraken and Bitstamp represent a larger trading volume to that of the Chinese bitcoin exchange market.

According to bitcoin trading data providers like CoinMarketCap, the BTC/USD pair is currently demonstrating a daily volume of $41 million, while the BTC/CNY pair is demonstrating roughly half of that, at around $21 million.

Therefore, it can be said that economic uncertainty, financial instability or political events in the West or the US in particular will have a larger impact on the price of bitcoin and its trend.

There is also news that Bitcoin’s price jumped by around $30 just yesterday shortly after it became clear that Bitcoin Unlimited had overtaken segwit in hashrate share.

In other news Infinity Economics opened it new wallet to some 80,000 owners, who can now send and recieve XIN to one another. The next stage to be implimented with be the voting system, which will allow owners to formulate the direction of the coin.