created by the mysterious (and unknown) Satoshi Nakamoto. Bitcoin is like other currencies: it can be used to purchase items locally and electronically. However, bitcoin differs from conventional money in that it is decentralized and fully independent. No institution controls the Bitcoin Network and it is not tied to a country like the US Dollar. The entire network is maintained by individuals and organizations referred to as Bitcoin Miners. Bitcoin miners process and verify bitcoin transactions through a mathematical algorithm based on the cryptographic (hence the name cryptocurrency) hash algorithm SHA256.

No central authority controls Bitcoin or its network of transactions. A community of Bitcoin miners make up the network, processing the transactions. If any changes are made to Bitcoin by a developer or developers using GitHub, a 51% majority of the miners hashing power must agree upon it. This insures that, in theory, no individual can steal your bitcoins or print (create) more.

How Can One Change Bitcoin and Bitcoin’s code?

Though each Bitcoin transaction is recorded in a public log called the block chain, names of buyers and sellers are never revealed — only their Bitcoin wallet addresses. Each wallet address is unique and can’t be linked to anyone unless the creator of that specific bitcoin address reveals himself.

1Lst6Ro8r5C7QrxAuoZg1LJAuQtP3W9uV2 is an example of a unique bitcoin address used for receiving and sending bitcoins. To send, receive and create Bitcoin addresses you must have a  Bitcoin wallet . A Bitcoin wallet is a software that’s essentially your bank account for bitcoins. Your wallet can hold as many bitcoins and Bitcoin addresses you’d like, and you can own as many wallets you want. While bitcoin can be anonymous, that doesn’t mean it is. If you purchase your bitcoins on a Bitcoin trading platform or exchange that has your information, the bitcoins you buy can be tied back to you.

Every Bitcoin transaction that has ever happened is stored in detail in the public ledger known as the block chain. By using the block chain, anyone can see how many bitcoins are stored on a particular address, and they can see the deposits and withdrawals to that address, but they will be unable to know who owns the address.

Bitcoin Transactions Can not be Reversed

When you send bitcoins to a Bitcoin address, you can not reverse the transaction. Unlike credit cards where transaction can be disputed or reversed, bitcoins are nonrefundable. Bitcoin can not be replaced either. If your wallet is stored on your hard drive and not in a  “cloud”, you could lose your bitcoins if you are hacked, get a virus or if your computer dies. These lost bitcoins can never be retrieved. That’s why it is so important to take regular backups and implement measures for Bitcoin wallet security. Furthermore, merchants cannot initiate charges on you as they can and do with credit cards. Each transaction must be initiated by the wallet holder, further underlining the advantages of the Bitcoin system. 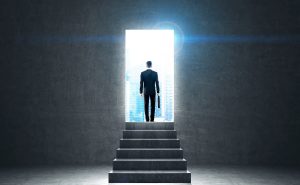 Proponents of Bitcoin tout its formidable security, and with good reason. In theory, unless 51% of the system is controlled by one party, Bitcoin is virtually unhackable. For instance, in order for someone to change a transaction or double spend a Bitcoin, they would have to obtain majority control of the system and modify every miner in this majority. When there is a disagreement in the block chain, the system overrides the minority with the data agreed upon by the majority.

However, there have been concerns that different mining companies and mining pools should be able to reach 51% of the Bitcoin hashing power and perform a so called 51% attack on the Bitcoin network.

How are Bitcoins Created?

Bitcoins are created through a process known as mining. Mining is the term used by those who contribute to processing transactions. Miners process and secure the network using specialized hardware that “mine” for new bitcoins. As “payment” for their contribution, they are awarded new bitcoins. This is how new bitcoins are generated. New coins are created at a fixed and decreasing rate that is predictable. The number of coins created each year is halved over time until 21 million bitcoins are in circulation. At this point, bitcoin miners will be rewarded by transaction fees.

When a miner has successfully created a new hash, the block is sealed off and added to the block chain. 25 bitcoins are awarded to the miner who discovered the new hash. The number of bitcoins rewarded per block is cut in half every four years. Blocks are solved an approximate rate of 6 per hour.

How to Obtain Bitcoins

There are several ways to obtain bitcoins. The most common way is to purchase them on a Bitcoin exchange. You can also purchase bitcoins on Ebay locally through e.g. LocalBitcoins.com. Bitcoins can also be obtained by becoming a part of the Bitcoin network and start mining for bitcoins. Before the days of ASIC miners, individuals could set up their computers to mine and earn bitcoins easily. Those days are long gone due to the difficulty to mine Bitcoin, the difficulty level of Bitcoin, has risen enormous making it harder and harder to earn bitcoins with the same equipment. Becoming a miner and seeing positive ROI would mean a substantial investment and is now left to the big companies and wealthy investors. For most individuals, purchasing your Bitcoin through a Bitcoin Exchange is the best option. You can also find ways to earn free bitcoins.