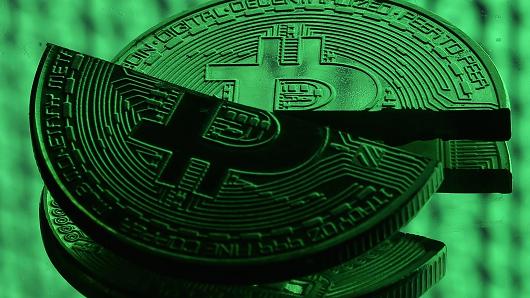 Watch out for a correction in bitcoin after a parabolic rise

Bitcoin trading, and the capital allocated to it, remains a very small part of the multi-trillion dollar equity markets. It is an even smaller part of the much, much larger derivatives market.

Cryptocurrencies are the currency of choice for money laundering, hackers, terrorists and criminals. Governments will not stand by and allow these cryptocurrencies to evade the regulations around these activities. There is a high risk that sovereign executive action will destroy the value of these bitcoins.

This is the most significant risk in cryptocurrency trading. At any time a sovereign state like the United States may ban or prohibit cryptocurrency use and trading and thus render all contracts immediately worthless. This makes the cryptocurrencies suitable for short-term trading with exceptionally good risk management.

The listing of bitcoin contracts on Chicago futures exchanges does not legitimize Bitcoin. These contracts can only be cash settled in U.S. dollars. The contract cannot be converted to bitcoins on expiry. This gives an indication of the level of confidence in the currency. Creating a bitcoin futures contract legitimizes and regulates the trading activity, but it does not legitimize bitcoin as a currency.

Once the three anchor points are set, the position of the curve does not change. The trend starts off slowly then accelerates very rapidly until the activity on the price chart is almost vertical.

Prices will soon move inevitably to the right of the curve. This usually signals a rapid retracement of 50% or more.

Alexandre Dumas wrote a book, The Black Tulip, which should be read by any person thinking about trading bitcoins. If anything, the situation is worse now that Dumas describes in his day when tulip futures were actively traded on the Amsterdam stock exchange.

Bitcoins will not impact the stock market other than to remove some speculative capital from the equity market. However the amounts are small when compared with overall market activity.