Vote For Trump: I’m Not Asking You…I’m Telling You 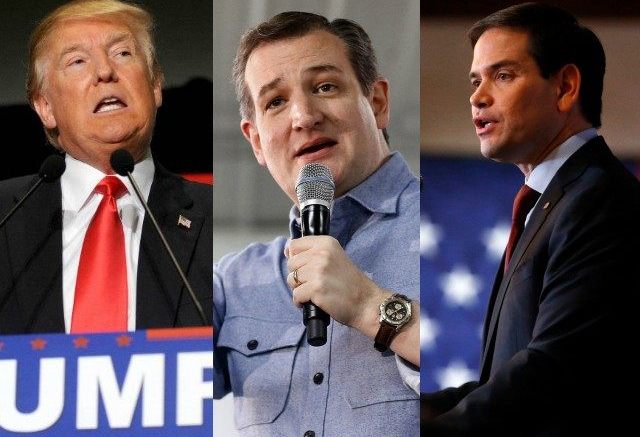 Why Not Voting For Trump Shows Your Gullibility

While I am aware that writing this article is most likely suicidal for our media outlet, at this point, I don’t care.  I might as well write this and hopefully get a few shares before the United States collapses economically or Hillary Clinton shuts us down next year anyway.  The CNN debate last night should have created some movement within the brains of voters in the United States.  It should have been an enlightening moment in American politics on behalf of the American people and proved how stupid politicians think you are.  As the mainstream media are claiming victory today on how they were finally able to destroy Donald Trump in the debate last night, one can only hope that enough voters saw last night for what it was.  A total and complete Washington hit job.  Considering the amount of pre-debate analysis on what the other candidates needed to do and how the commentators promised fireworks in this debate, they are truly feeling superior today and are claiming a complete and total defeat of Donald Trump.  Allow me to explain something that they are completely unaware of or simply choose to ignore..

Even if you hate Donald Trump, you cannot deny that his supporters mean business and they are seriously tired of Politicians and Politics as usual.  It doesn’t matter what anyone says or what anyone digs up on Donald Trump and his past or his past positions.  We have said here all along that Donald Trump will be one of two things if he is elected.  He will be either the greatest President we have ever had, or he will be the beginning of the end of the United States.  He is that definitive.  Unlike politicians who will just drag us slowly to our death, Trump will either shake up the system and bring us back from the edge of collapse, or he will be the final push over the edge so we the III% can finally come in and take the country back.  There is no possible middle of the road.  It will go one way or the other with Trump.  With Cruz or Rubio, you will need to train your children in the use of firearms and pass on your preparation skills and stockpiles to them so that in 15 or 20 years or so, they will be able to take care of themselves.  Politicians are the reason we are in the mess we are in right now and it has come from both parties.  Nothing will change.  I personally would rather it happen now so that I can take care of it for my children.  They need a country to grow up in and they need a future.

So why am I telling you to vote for Donald Trump?  Well…it’s because if you don’t, you are voting for Hillary Clinton.  The Constitutional Conservatives, like myself, are realists and all 8 million of us aren’t about to be walking definitions of insanity.  That means voting for phony politicians.. We already realize that the country is lost.  America doesn’t break promises.  We borrow money to keep them.  America doesn’t cancel programs.  We “reform” them.  America is broke and without significant change…you know, the kind of change that starts revolutions, there is no hope for our country.  When you hear the words “Repeal and Replace”, it means the “Same Ole Same Ole”.  It’s still a government program that costs money.  When you hear politicians afraid of creating a trade war, it means “I like foreign workers”.  When you hear “legal status”, it means “I like foreign workers”.  It means what Donald Trump says about politicians being all talk and no action. Action is building a wall and not giving a damn who it offends.  Action is creating a trade war for the sake of fair trade and not caring about the Global Economic repercussions.  Action is realizing that America is dying and unless we start making some painful choices, we will be unable to be resuscitated.  Action is pissing people off in the short term to have a positive uniting effect in the long term.

The hardcore Trump supporters understand this.  They understand it so well, that it doesn’t matter what Limbaugh says, even if he is right 99.8% of the time.  So say what you will about Trump.  I ask you simply to become a realist for this one issue alone in regards to voting for Trump.  If it’s anyone but Trump…we will stay home.  All 15 Million of us…