The U.S. Securities and Exchange Commission on Friday denied a request to list what would have been the first U.S. exchange-traded fund built to track bitcoin, the digital currency.Investors Cameron and Tyler Winklevoss have been trying for more than three years to convince the SEC to let it bring the Bitcoin ETF to market. CBOE Holdings Inc's Bats exchange had applied to list the ETF.

The digital currency's price plunged, falling as much as 18 percent in trading immediately after the decision before rebounding slightly. It last traded down 7.8 percent to $1,098. Bitcoin had scaled to a record of nearly $1,300 this month, higher than the price of an ounce of gold, as investors speculated that an ETF holding the digital currency could woo more people into buying the asset.

Bitcoin is a virtual currency that can be used to move money around the world quickly and with relative anonymity, without the need for a central authority, such as a bank or government. Yet bitcoin presents a new set of risks to investors given its limited adoption, a number of massive cyber security breaches affecting bitcoin owners and the lack of consistent treatment of the assets by governments. 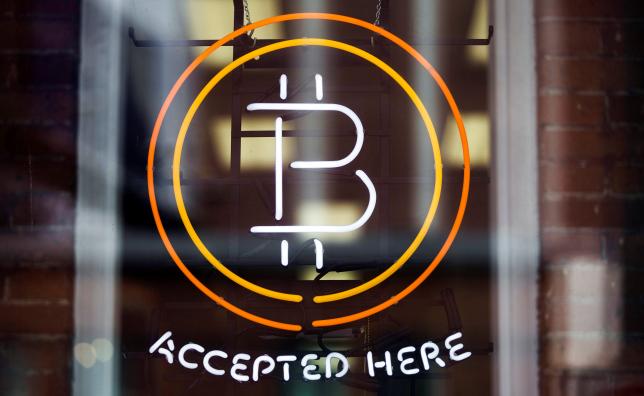 "Based on the record before it, the Commission believes that the significant markets for bitcoin are unregulated," the SEC said in a statement. "The commission notes that bitcoin is still in the relatively early stages of its development and that, over time, regulated bitcoin-related markets of significant size may develop." The regulators have questions and concerns about how the funds would work and whether they could be priced and trade effectively, according to a financial industry source familiar with the SEC's thinking.

"We began this journey almost four years ago, and are determined to see it through," said Tyler Winklevoss, CFO of Digital Asset Services LLC. "We agree with the SEC that regulation and oversight are important to the health of any marketplace and the safety of all investors." The Winklevoss twins are best known for their feud with Facebook Inc founder Mark Zuckerberg over whether he stole the idea for what became the world's most popular social networking website from them. The former Olympic rowers ultimately settled their legal dispute, which was dramatized in the 2010 film "The Social Network."

Since then they have become major investors in the digital currency, which relies on "mining" computers that validate blocks of transactions by competing to solve mathematical puzzles. The first to solve the puzzle and clear the transaction is rewarded with new bitcoins. Solutions to the puzzle come roughly every 10 minutes. Advocates of the currency and the technology it relies on to document transactions, blockchains, were dismayed by the ruling. "How do we develop well-capitalized and regulated markets in the U.S. and Europe if financial innovators aren't allowed to bring products to market that grow domestic demand for digital currencies like bitcoin?" asked Jerry Brito, executive director of Coin Center, an advocacy group.

Spencer Bogart, head of research at Blockchain Capital, said bitcoin's price could fall as much as 20 percent but that its long-term adoption will continue. A Bats spokeswoman said the exchange is reviewing the SEC's statement and would have no further comment. There are two other bitcoin ETF applications awaiting a verdict from the SEC. Grayscale Investments LLC's Bitcoin Investment Trust, backed by early bitcoin advocate Barry Silbert and his Digital Currency Group, filed an application last year. SolidX Partners Inc, a U.S. technology company that provides blockchain services, also filed its ETF application last year.