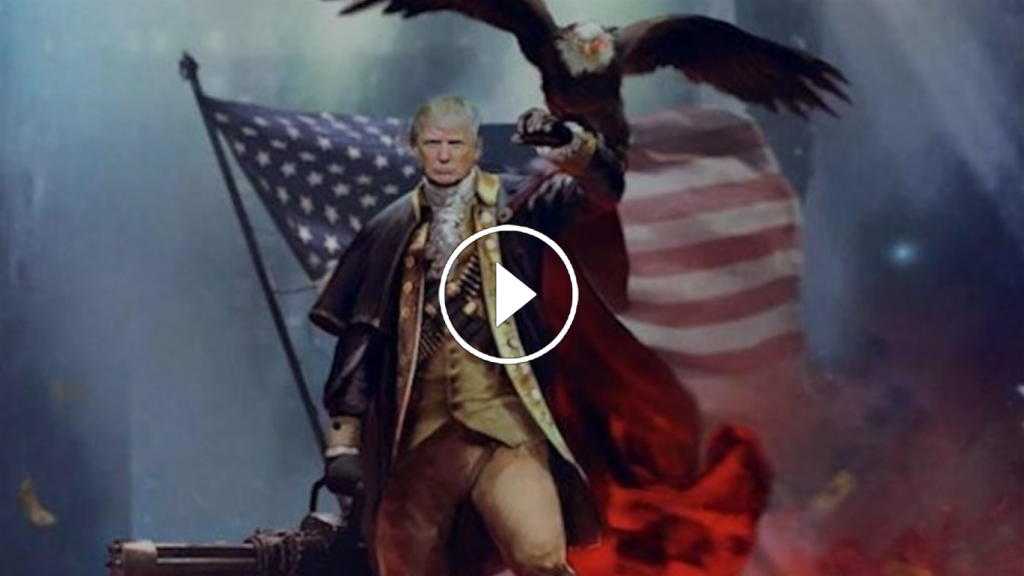 Rick Wiles interviews retired firefighter Mark Taylor who was given this prophetic revelation in 2011. The Lord has chosen Mr. Trump to bring America back from the brink of destruction. Mr. Taylor wrote this amazing prophecy in 2011 giving us a glimpse of what's to come and why all who attack Mr. Trump will fall by the wayside. What's amazing is that this revelation has gone forth to thousands. The wrath of God has come not for the people of America but for the leaders of the establishment. ("I have the same revelation and have said so for over three months maybe longer. Judgment has come fot the wickedness in our leadership and Donald Trump is leading the way." Thomas Prendergast CEO Markethive) The hour of judgment is upon them. The light has begun to shine and the darkness of evil will prevail no more.

The Spirit of God says, I have chosen this man, Donald Trump, for such a time as this. For as Benjamin Netanyahu is to Israel, so shall this man be to the United States of America! For I will use this man to bring honor, respect and restoration to America. America will be respected once again as the most powerful and prosperous nation on earth, (other than Israel). The dollar will be the strongest it has ever been in the history of the United States, and will once again be the currency by which all others are judged.

The Spirit of God says, the enemy will quake and shake and fear this man I have anointed. They will even quake and shake when he announces he is running for president, it will be like the shot heard across the world. The enemy will say what shall we do now? This man knows all our tricks and schemes. We have been robbing America for decades, what shall we do to stop this? The Spirit says HA! No one shall stop this that l have started! For the enemy has stolen from America for decades and it stops now! For I will use this man to reap the harvest that the United States has sown for and plunder from the enemy what he has stolen and return it seven-fold back to the United States. The enemy will say Israel, Israel, what about Israel? For Israel will be protected by America once again. The spirit says yes! America will once again stand hand and hand with Israel, and the two shall be as one. For the ties between Israel and America will be stronger than ever, and Israel will flourish like never before.

The Spirit of God says, I will protect America and Israel, for this next president will be a man of his word, when he speaks the world will listen and know that there is something greater in him than all the others before him. This man’s word is his bond and the world and America will know this and the enemy will fear this, for this man will be fearless. The Spirit says, when the financial harvest begins so shall it parallel in the spiritual for America.

The Spirit of God says, in this next election they will spend billions to keep this president in; it will be like flushing their money down the toilet. Let them waist their money, for it comes from and it is being used by evil forces at work, but they will not succeed, for this next election will be a clean sweep for the man I have chosen. They will say things about this man (the enemy), but it will not affect him, and they shall say it rolls off of him like the duck, for as the feathers of a duck protect it, so shall my feathers protect this next president. Even mainstream news media will be captivated by this man and the abilities that I have gifted him with, and they will even begin to agree with him says the Spirit of God.