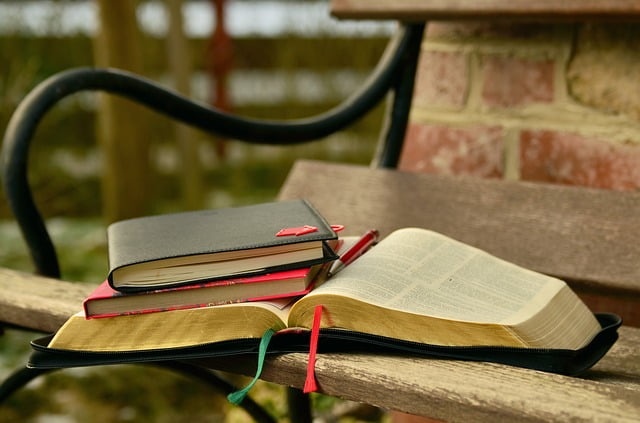 Written by GodLife on 31/01/2017
Series: Weekly Devotional
Tags: Bible, Application, Interpretation, Context, Obedience
Ezra had spent his entire life studying and obeying the Law of the Lord and teaching it to others.

Ezra 7:10
Most Christians understand that we’re all supposed to be reading the Bible on a regular basis. But isn’t it true that it’s hard to understand at times? (It’s OK to admit this — even Peter did! [2 Peter 3:16]) Even when we “understand” it, it’s possible to take it all in and go away unchanged. (James 1:23-24) But God’s promise to bless what we do only applies “if we listen and obey, and don’t just hear and forget.” (James 1:25)

Here are three simple principles for reading the Bible. You can remember them by associating them with “SOS,” the international call for help:

S: What does it SAY
Before we can make use of what we read, we have to be sure of what it meant at the time it was written. To understand this, be sure to get the context. Here are three dimensions to context:

There’s the Biblical context: Who wrote it? Why was it written? What did it mean to those who received it? It’s been said that “a text without a context is a pretext.” It’s possible to quote the Bible and get the meaning all wrong. The words of foolish people (1 Samuel 26:1-21), false prophets (1 Kings 22:10-28), and even the devil (Job 2:4) can be found in Scripture. King Jeroboam deliberately quoted Exodus 32:4 without context to justify his plan to set up golden calves in his kingdom. (1 Kings 12:28) But Paul praised the Bereans for “gladly accepting the message” but also “studying the scriptures to see” for themselves that what he said was true. (Acts 17:11).
There’s also the context of time. It’s important to know where a passage fits in history. Was it before, or after Jesus’ coming? Does it describe a temporary situation? In 2 Kings 18:4, King Hezekiah destroyed the brass snake God commanded Moses to make! Why? The people were worshiping it—a thing of brass—as if it were an idol.
The context of culture may also be important. God told Noah in Genesis 9:2-3 to eat every animal. He told Moses and Aaron to set Israel apart by their diet and gave a list of clean and unclean animals in Leviticus 11.
O: Ask God what He wants you to OBEY
Never forget that you have access to the Author! Jesus was recognized as an authoritative teacher (Matthew 7:28-29) and occasionally revealed things they had not realized they were accountable to believe or obey. (See Exodus 3:6 and Matthew 22:32; also see Exodus 20:12 and Matthew 15:3-6.)

S: What can you SHARE
God promises His Word does what He sends it forth to do. (Isaiah 55:11) Once He has done His work in your life, you’re not supposed to keep the good news to yourself. (See 2 Kings 7:1-9)

There’s a biblical basis for these reminders. They came from a statement about one of the great characters in the Bible. Ezra was someone very influential, but not as well-known as Elijah, Samuel or even Esther (who appears in a book he may have written). He was a priest and a scribe in Israel after the nation’s return from captivity in Babylon. A short statement about him tells us a lot about why he had such a profound impact on his country:

“Ezra had spent his entire life studying and obeying the Law of the Lord and teaching it to others.” (Ezra 7:10)

To put it another way, Ezra read the Bible carefully to find out what it SAID. His purpose was to OBEY God’s laws. He then spent time SHARING it with others. In Nehemiah 8:1-8 we see that the whole regathered nation of Israel stood and listened as Ezra read the Bible and helped them understand what it said so that they could agree to its truth. This resulted in them worshiping the Lord. Making hearers into worshipers should be the mission of any follower of Jesus as well; but first, we have to make sure we are worshipers ourselves. If we read the Bible this way, we will be!

Pray this week:
Dear Lord: I want to know your Word and know you. I want to help others understand and obey and worship you. Please help me have the faith and discipline to do these things. AMEN

Have you ever come across a confusing passage in the Bible? If you need help, contact us and someone will write back and pray with you.