The $80 billion question: Why are Bitcoin and Ethereum growing so fast?

A little over two months ago, Bitcoin achieved a symbolic milestone: After an intensive period of growth, the price of one Bitcoin surpassed the price of an ounce of gold. That seems like ancient history. The price of Bitcoin has nearly doubled since then and the cryptocurrency is currently trading at about $2,200. Bitcoin's cousin Ethereum is trading at about $180, its price increasing by a cool 1400% in the last three months. But is the rally over, or has it only just begun? And what has propelled the explosive growth in the first place? In the world of cryptocurrencies, answering these questions is anything but easy.

A new breed of cryptocurrencies

To start, it's important to understand that Bitcoin, while still the biggest cryptocurrency around, is not the only — arguably not even the biggest — driver of growth anymore. According to Coinmarketcap, the total vale of all major cryptocurrencies put together now stands at around $79 billion. Bitcoin accounts for less than half of that, with a $35 billion market cap, while Ethereum and Ripple have grown to $17 and $13 billion, respectively.

A couple of years ago, one Bitcoin was worth a little over a hundred dollars. Now, it broke the $2,000 barrier and is growing like a weed.The digital coin market cap is a frequently quoted number that means nothing and everything, depending on your viewpoint. If you believe that Bitcoin will ultimately replace money, then $35 billion is pocket change. But it may never happen, and even if it does, Bitcoin might be left behind.

Bitcoin is still by far the most promising as both a digital currency and a payment platform. But the new breed of digital coins are very different. Litecoin, an early Bitcoin competitor, has once again taken the spotlight after having recently adopted SegWit, a software update that solves the scaling problem that has been dividing Bitcoin's community for years. Ethereum is a modern cryptocurrency which promises advanced features such as smart contracts. It wants to become a blockchain-based foundation for what is essentially a new type of internet. How's that for ambition?

The value of (digital) money

When the price of a commodity or a stock rises, you can usually point to some sort of reason. When Apple has a good quarter, its stock price generally goes up. When catastrophe strikes, uncertainty in global markets typically increases demand for what are viewed as safer investments such as gold, propelling prices upward. But in the world of Bitcoin, the digital cryptocurrency that doubles as a decentralized payment system, you've got a lot less to go on. A lot of the recent Bitcoin news wasn't good. In April, the U.S. Securities and Exchange Commission declined a bid by the Winklevoss brothers to get their Bitcoin ETF listed on the Bats BZX exchange. The move would have made it far easier for the average investor to speculate on the future of Bitcoin.

And over the last couple of years, the Bitcoin community has been bitterly divided over a question on whether the size of blocks on the cryptocurrency's blockchain — the fundamental technology upon which the Bitcoin protocol relies — should be increased or not (read a simple explanation of the block size debate here). Still, the price of Bitcoin went from roughly $400 to more than $2000 in a year, and other cryptocurrencies followed suit. Why?

Cryptocurrency experts we've contacted say developments in Japan are the likely cause for this latest price surge. "The Japanese have given bitcoin the green light as a currency and are looking to increase the rigour that their exchanges are subject to," said Charles Haytar, CEO of market analysis platform CryptoCompare. On a purely technical level, the current price differences in the Japanese markets and elsewhere offer the possibility of arbitrage, Hayter claims, but there's a great deal of plain old greed going on, too.

The price difference in Japan and other markets offer the possibility of arbitrage, and some traders are taking advantage. "Lots of inexperienced investors are surging into the market, and it's causing a bit of a bubble," said Hayter. Jörg von Minckwitz, CEO of blockchain-based payment service Bitwala, points out that Ethereum has seen additional growth due to the rise of ICO (initial coin offering) based projects. In other words, to invest in a new project, you have to buy into Ethereum.

"Many crypto projects raise money from the community to develop their projects and most of them use ETH to raise money. ETH set a standard, so it is way easier to start with ETH. The result is that many people buy ETH to be able to invest in the projects and many of the ICO projects hold the money afterwards in ETH. That drives the price up," he told Mashable. None of this, however, explains the fact that a lot of the growth happened before the developments in Japan and the onset of multi-million Ethereum-based projects. It also doesn't give us a much better idea of realistic value of one Bitcoin or one Ether. Go to any Bitcoin-related community, and you'll see price predictions ranging from $40,000 to zero.

While that second prediction sounds dramatically pessimistic, consider this: Cryptocurrencies are highly volatile. The price of Bitcoin, for example, slumped from more than a $1,100 in Dec. 2013 to less than $200 in Jan. 2015. The most recent rise in price is not permanent. Experts agree that cryptocurrencies rely heavily on user adoption, and however crazy the market may look like now, it's still early days for cryptocoins. Right now, it's easy to raise $10 million or $20 million for your Ethereum-based business, and

more businesses will flock to seize the opportunity. 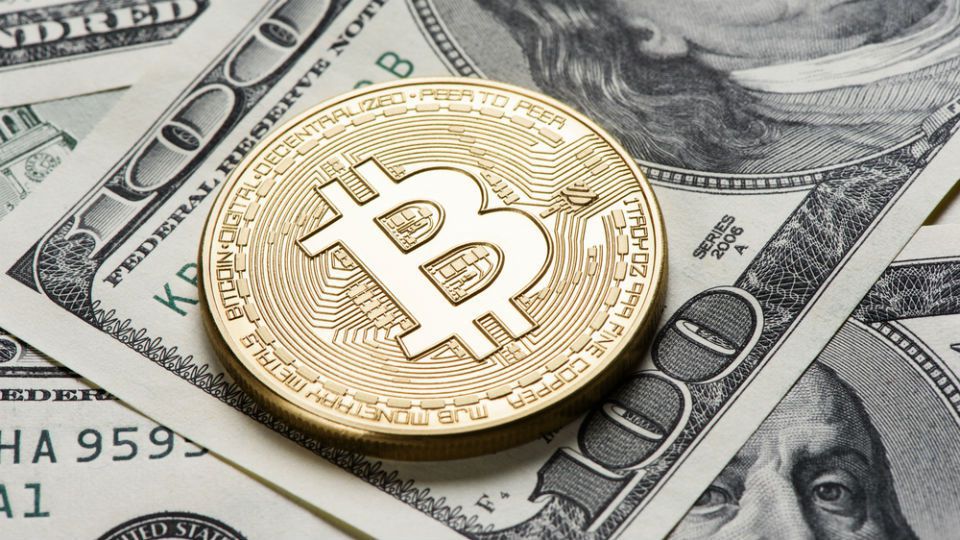 Ten years from now, will we be receiving our paychecks in fiat, or Bitcoins?

And while wide adoption of Bitcoin as a payment platform is happening at a relatively slow pace, trading cryptocurrencies has gotten a lot easier in recent years. Exchanges such as Coinbase, Kraken, and BitStamp now let you turn dollars and euros into BTC and ETH. This has definitely propelled some of the market's growth; when you see something increase in value tenfold within a month, you want to be a part of the action. The question is: how far will the price go?

Is it time to dive in, or rush out?

Predicting the price changes in any market is tough; the old advice from the likes of Warren Buffett says you should put your money in a stock index fund and let the experts trade, as the short-term movements of the market are incredibly difficult to predict.

When I started writing this article on Friday, the market cap of all cryptocurrencies was $63 billion. It took one weekend for the market to add $16 billion in value.

It's even tougher to predict a highly volatile market such as cryptocurrencies. Add to that the relative youth of all the exchanges you can trade on, and the dangers are even bigger: If the price of Bitcoin starts falling rapidly, don't count on stop-loss measures to save you from impending doom.  Both Hayter and von Minckwitz agree that in short-term the prices in the cryptocurrency markets are overvalued, but they are positive about long-term growth. Hayter is a bit more pessimistic, though, comparing some of the Ethereum-based ICOs to the South Sea Bubble (referring to the British South Sea Company, whose stock price rose sharply in the early 18th century before it collapsed).

"I would not advise anyone to buy (cryptocoins) right now. I’m worried that the lack of rationality at this point might hurt the market," said Hayter. For an illustration of this lack of rationality, consider this: When I started writing this article on Friday, the market cap of all cryptocurrencies was $63 billion. It took one weekend for the market to add $16 billion in value. Eat that, Uber. That said, one way to look at cryptocurrencies is to read up, and make an informed decision on their long-term prospects. Is Bitcoin just a fad? If so, it might already be overrated. But if you think that this technology could change the way money — or the entire Internet — works, there's plenty room for growth in the future.