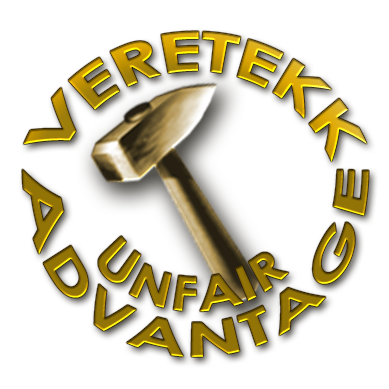 Shortly after shutting Veretekk down I embarked on building a new platform from scratch, all new code, fresh, from the start using modern operating systems, this vision is called Markethive. It is a true social network, easily navigated and works similar to Facebook, which means it is extremely intuitive and a quick learn to use.

Markethive is a vertical social network for entrepreneurs, a culture that represents innovation, vision and determination and driven to achieve greater than one’s own boundaries. An engine that roars with the blood, sweat and tears of the individual that seeks beyond their capabilities. We now live in a time that the entrepreneur has become all of us as the traditional culture of jobs fades away into today’s realities.

But Markethive has another engine as well. If you were a member way back in the 90s you remember us ”inventing” Automated Marketing, Veremail (autoresponder emails), Traffic Portals (Blastomatic, Sohomatic, Maoney_Machine, Vereconference), Broadcasting platforms (The Hammer), Tracking (Veretracking) all of this and more all integrated, 20 years ago! Remember the massive unique leads you would get coming to you, not you chasing them?

Markethive has fused the Entrepreneur Social Network together with our own Inbound Marketing platform. The results are outstanding

The Hammer evolved into a master piece that published a message, Title and link to literally billions of FFA sites, Classified Ad sites, Guest books, and forums. It was abusive, rude, did not ask, it broke down the walls and placed it’s message, millions of messages on billions of sites. It was an amazing piece of work. It produced massive inbound traffic and leads. People literally became addicted to it. It combined an entertaining eye candy process and a huge massive result. It got oooos and ahhhhs. I became famous for The Hammer. I even have a video of one of the later versions of the Hammer. It is nostalgia in it’s purest form. Enjoy.

I have replaced the Hammer!

In fact I have eclipsed the Hammer with a new Social Networked Broadcasting tool called the Blog Caster (Broadcaster). It integrates into the hundreds of Social Networks owned by 1000s and growing into millions of Markethive subscribers accounts. It operates on a viral process of subscribers, to your posts and their subsequent reach, giving you a downstream result that can easily eclipse reaches of readers into the billions. But not static, but people who react to your messages and the traffic influx becomes massive.

We fund Markethive with advertising and the best part about that? We share up to 50% of that revenue with you.

I told you I would return, come join me as we head of into the future 10 years ahead of the rest. Now Unfair Advantage is available to you, again, for Free.

Find out more about Markethive by joining us.