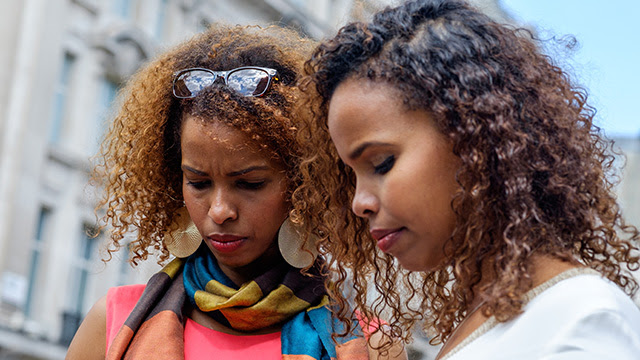 Why should I forgive someone who hurt me badly?

Written by Ruth on 04/06/2019
Series: Weekly Devotional
Tags: Forgiveness, Freedom, Reconciliation
When his brothers saw that their father loved him more than any of them, they hated him and could not speak a kind word to him.

Genesis 37:4
Joseph is badly treated
Joseph’s brothers hated him because their father loved him best. “Israel loved Joseph more than any other of his sons…and he made him a robe of many colors.” (Genesis 37:3) Such a coat would have shouted this favoritism to everyone who saw Joseph wearing it. As a result, his brothers took an opportunity one day, when Joseph came to visit them in the fields where they were working, to get rid of him. They intended to kill him, but the oldest brother talked them out of that — so they sold Joseph to some passing traders as a slave.

Forgiving does not always mean forgetting
Often we think we must “forgive and forget.” While that is what God does (Isaiah 43:25 and Psalm 103:12) nowhere in the Bible God tells us we must forget the sin we have forgiven. Joseph’s situation is a great example of why forgetting is sometimes impossible. He was far from his home, a slave who could not leave his master, living in a situation that eventually made him a prisoner instead of just a slave (Genesis 39). Forgiving means letting go of what happened, giving what was done to you to Jesus.

We can know Joseph forgave his brothers, even though he could not tell them so, soon after he was sold. How? We see it in the way he acted toward his master in Egypt. He served Potiphar well, so well, in fact, that Potiphar made Joseph the overseer of everything he owned. It is impossible for us to live peacefully in the unwanted consequences of someone else’s action against us without having forgiven those who caused our pain or injury.

Another proof we see that Joseph forgave his brothers was that he treated Potiphar’s wife righteously when she tempted him. Had Joseph still been angry at his brothers, his anger would have transferred to this situation where he would have wronged Potiphar without anyone probably discovering his sin –he would have felt it was his right to get something for himself out of this bad situation. He did not do so.

Again, when Joseph was sent to prison because of the wife’s false accusation, Joseph would not have willingly helped other prisoners with their problems (Genesis 40) if he had not forgiven his accusers. Joseph continued to trust God even when another betrayal appeared to sentence him to a life in prison.

What helped Joseph when he could not forget? He gave the whole problem to God! He had learned from his father’s stories, how Laban and Esau had harmed him. He remembered God’s promises to Jacob, and how those promises had been kept (Genesis 35).

Forgiving means reconciling
Then came the impossible — he met his brothers again! (Genesis 42-44). Joseph, now a man of great power, second only to the king of Egypt, could easily have sought and been granted justice by the king. But rather than seeking vengeance on his brothers, he did the hard work of finding reconciliation with them. He looked for assurance that they had changed from what he had experienced in them nearly 20 years ago. He tested to see if they still harbored jealousy in their hearts. He even set up a situation to see how they would treat his own younger brother, Benjamin, differently — would they sacrifice him for their own gain? He worked toward and won, reconciliation even though his brothers were afraid of him.

Pray this week:
Lord Jesus, help me to forgive ___ so that my relationship with You can remain clean.