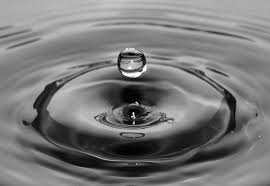 It’s not just Bitcoin and Ethereum posting astonishing gains. Ripple, a cryptocurrency based out of San Francisco, has risen in value by almost 3,000% this year.

One Ripple token, known as XRP, is currently valued at just below US20 cents. XRP started the year at the fractional value 0.0065, but experienced rapid growth in the June quarter as transaction volumes increased.

According to a report by CNBC, that growth was primarily driven by plans to set up a platform for the sale of XRP tokens.

XRP tokens differ from Bitcoin and Ethereum in that most of them are owned by the Ripple network itself and can’t be mined.

Ripple rose as high as US26 cents in June taking its annual gain to almost 4,000%, before falling back in July.

Ripple’s total value of $US7.6 billion makes it the third biggest cryptocurrency in the world by market capitalisation.

Bitcoin has a market cap of $US44.8 billion, while Ethereum is valued at around $US21 billion.

“With respect to XRP, we are incredibly focused on international payments, I think we are probably the only digital asset that has a clear use case with respect to what we are trying to do with the asset,” Vias said.

Ripple has partnered with around 30 digital asset exchanges, and is positioning itself in the market as a faster faciliation network for international transactions.

CNBC reported that the Ripple network processed over $US11 billion worth of transactions in the June quarter.

The company’s CEO, Brad Garlinhouse, said Ripple has a processing speed of around 70,000 transactions per second.

That compares to Bitcoin’s current volume capacity of around 7 transactions per second. The Bitcoin developer community is in the process of setting up a new platform which is expected to double transaction speeds.

“With respect to growth and outreach, we will continue to partner with digital asset exchanges for listings and mostly importantly … it is really all about payments and in this quarter, you will see some very interesting developments with respect to our partnership in payments, with respect to XRP in particular,” Vias told CNBC.

Time will tell whether the value of the XRP tokens traded on the Ripple network will continue to maintain their recent rate of growth.