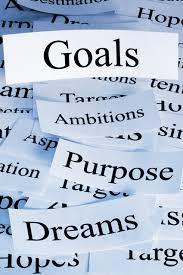 Today is the shortest day of the year, Christmas is nearly upon us and the year end is in sight, so its time to start thinking about new year resolutions and start planning the year ahead.

Take some time this holiday season to carry out a personal view of your own achievements during the past 12 months.

One year ago we were living in Cyprus, I was working as a sailing instructor and we were planning on building our savings and improving Jay Education, little did we realise that 12 months later we would be living in the UK.

We certainly did not not expect to move to the UK, as we managed to get Jay accepted in a private English School in Paphos, however planning ahead, job opportunities are limited. I also discovered that because I had been working in Cyprus we could move to the UK without having to pay for a visa. We applied for a Family Pass in the spring and were somewhat surprised when it was granted. We did the maths and although the cost of living is higher in the UK we would save on school fees and it might open up a path for Jasmin and Jay to apply for British Citizenship. The biggest drawback was the weather.

We chose to live in Derbyshire due to the fact that is a reasonable cheap place live and generally still maintains British values with some beautiful countryside. Returning to the UK after a 15 year absence is a definite shock, on a visit to Nottingham seeing a sign in Polish enforcing no drinking in public places. We are still struggling to open bank accounts,paying over the odds for car insurance and cannot apply for credit as we have not borrowed money. Values have certainly changed, no longer is a man's word accepted as his bond.

Looking ahead to the forthcoming year we have some challenges, the first being my son who lives in Manchester and was diagnosed with a brain tumour around the time we arrived in the UK, an operation to remove it ended up in failure and he is now partially blind and facing an uncertain future, with no prospect of work and mounting debts. Some good news came last week when he was accepted for social housing, however the apartment is an empty shell, so we need to see what we can do to help make it habitable. This will mean both Jasmin and myself need to find jobs to bring in extra income in order to recoup money spent on moving to the UK, helping my son and building up a reserve so Jasmin and Jay can travel to the Philippines to visit their family, they have not seen for some two and half years.

One part of my plan for 2016 is to expand my MarketHive system, which keeps me in touch will fellow entrepreneurs and allow me also to help people understand what they need to do to earn money from online business opportunities.

So now its your turn, work out what is important in your life and get it down on paper, if you like share your thoughts on MarketHive, make a positive move to improve your situation.