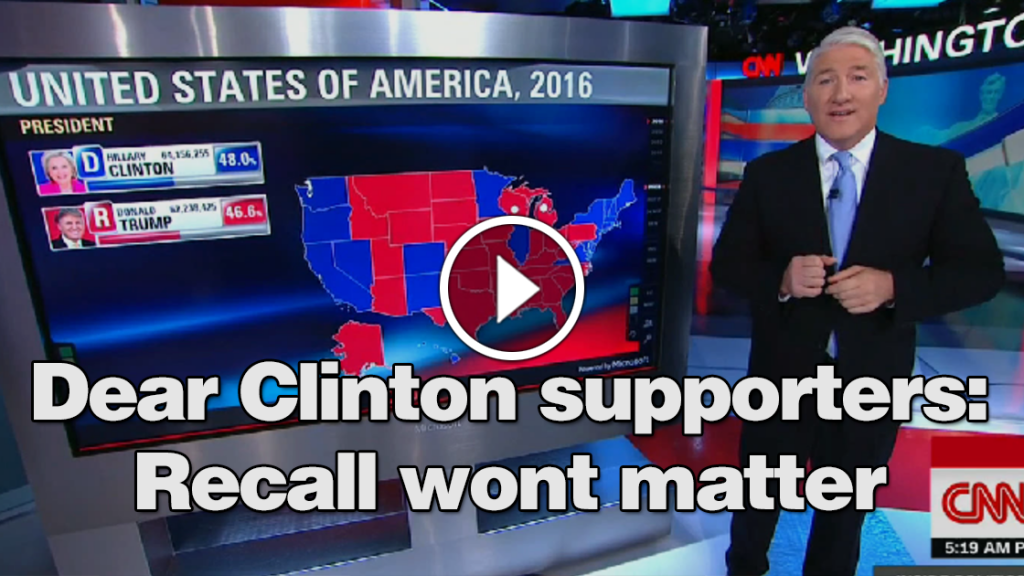 News that Green Party presidential candidate Jill Stein has requested a recount in Wisconsin, and will likely do the same in Michigan and Pennsylvania, has raised faint hopes among Hillary Clinton supporters that somehow Donald Trump will not become the next president of the United States.

Now that Clinton's campaign has said it will participate in the recount efforts, those supporters' hopes have been lifted even higher.

To put the matter bluntly: They should give up that hope.

There is essentially zero chance that the recounts in Wisconsin, Michigan, and Pennsylvania will change Trump's lead, which number in the thousands, not hundreds, in all three states. Trump is winning Wisconsin by a little more than 27,000 votes; his lead in Michigan sits at around 11,000; and his lead in Pennsylvania is insurmountable at over 68,000.

This is not Florida 2000. On Election Night in 2000, George W. Bush held a 1,784 vote lead over Al Gore in Florida's election for president, representing just 0.031 percent of the 5.8 million votes cast in the state. After a recount — which the US Supreme Court halted by a 5-4 vote — Bush ultimately won Florida by 537 votes, securing the presidency. Yet even if the Court had allowed the recount to proceed, the margin would not have swung by much.

This is not Washington 2004, where a recount reversed the result, handing Democrat Christine Gregoire a 129-vote win over Republican Dino Rossi after he initially had a 261-vote lead on election night.

This is not Minnesota 2008, where a recount gave Democrat Al Franken a 225-vote win over Republican Norm Coleman, reversing Coleman's initial lead of 215 votes.

All of these recounts had one significant fact in common: the margin of victory was in the hundreds, not thousands. And the shifts in vote totals after the recounts were very small.

In the past 15 years, a statewide recount has reversed the winner from the election-night tally only three times — in the Washington 2004 governor's race (a 390-vote shift), the 2008 Minnesota US Senate race (a 440-vote shift), and a 2006 election in Vermont for Auditor of Accounts, which initially had a 137-vote margin on election night that changed to a 102-vote win for the other candidate after the recount (a 239-vote change).

FairVote, a nonpartisan organization that advocates for electoral reform, found that from 2000-2012 there were only 22 statewide recounts across the country, and the average shift in those recounts was just 0.026%. 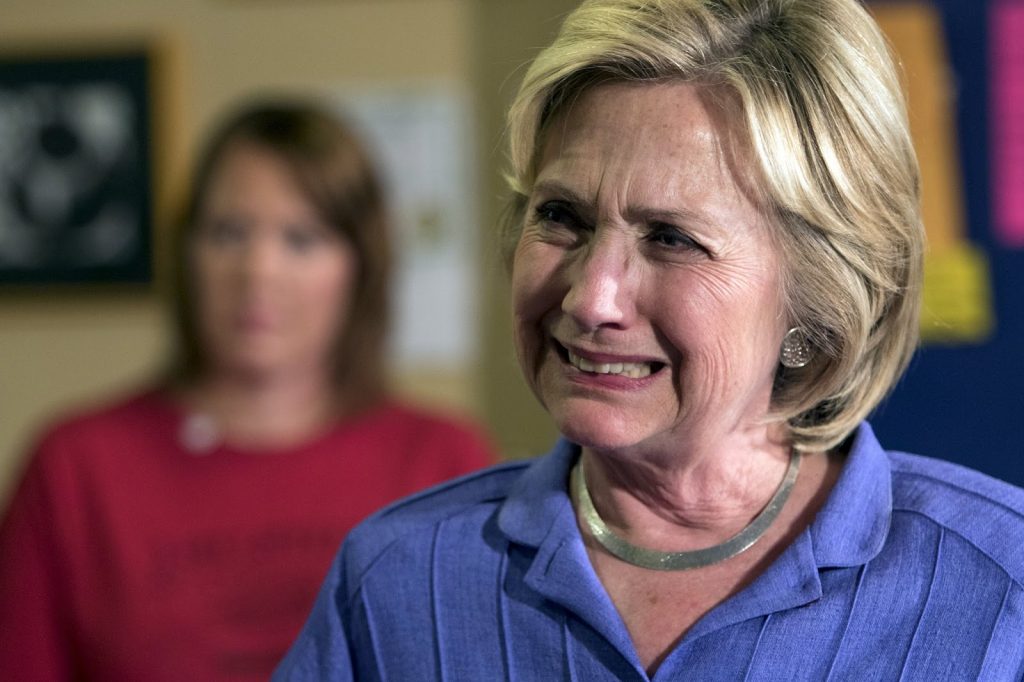 Irony aside, there is simply no evidence of election hacking, as Clinton's top lawyer, Marc Elias, himself conceded. Of course, now that Stein has begun the process, it is perfectly reasonable for Clinton and her lawyers to stay involved. But her supporters should not take that fact as a sign that the election is still in question.

Prolonging the campaign by seeking a recount breeds unwarranted doubt about the legitimacy of our elections — without any real evidence to back it up. Our democratic system relies on everyone accepting the result. That legitimacy suffers when mere speculation calls the result into question with little evidence of rigging and Electoral College vote totals that decisively determine a winner.

Moreover, all of this talk of recounts and election rigging obscures the more important fact about our elections: We impose too many obstacles on voters for no good reason. We need to work harder to eliminate onerous voting laws and make voting easier, not focus on long-shot recounts that provide only false hope. For instance, this recount effort does nothing to address issues surrounding Wisconsin's controversial voter ID statute, which improperly prevented some people from voting.

While Stein's futile recount effort should give no solace to Clinton supporters, there is a silver lining to the current debate: It might finally prompt Congress and state legislatures to devote greater resources to election technology.

We desperately need better voting equipment and stronger post-Election Day audits. Going into this election, experts warned about the woefully out-of-date equipment that most states use. Indeed, old machines — especially if they do not allow for a paper trail — raise the possibility, however small, of election hacking. Old machines can lead to long lines, lost votes, and other Election Day problems.

Updated voting technology can increase turnout by making voting easier. As just one example, Doña Ana County, New Mexico uses Voting Convenience Centers instead of precinct-based polling places, meaning that anyone in the county can vote at any of the 40 centers instead of having to go to their assigned home precinct. This makes it easier to vote near work or school and eliminates the possibility of having to vote via a provisional ballot — which could potentially not count — if a voter shows up at the wrong place.

This system shows that improved technology can both enhance the integrity of our election system — a standard Republican talking point — and also make voting more accessible to more people, thereby increasing the electorate — something Democrats usually strive to achieve.

The recounts in Wisconsin, Michigan, and Pennsylvania will do nothing to assuage the fears of Clinton supporters who recoil at the thought of a Trump presidency. But at a minimum, they should force politicians on all sides to re-examine how we run our elections. 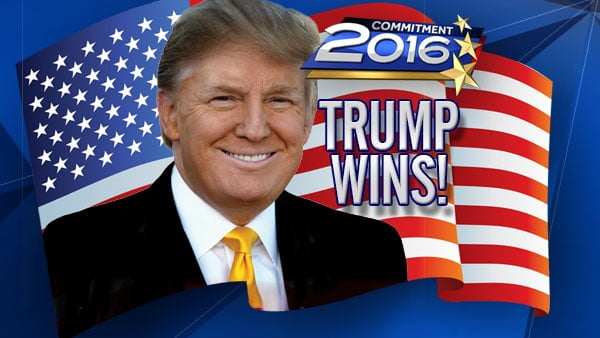 Like it or not, Donald Trump will become our next president. Hopefully, when he runs for re-election in four years, we will have a stronger election system that makes voting easier, more convenient and accessible, less susceptible to manipulation, and more easily verifiable. That's the closest to a "win" that Clinton and her supporters can expect.