Let me give some personal background in answer to this question, and why I consider it such an important one.  Many years ago, I ran across this quote by Gottfried Wilhelm Leibniz. 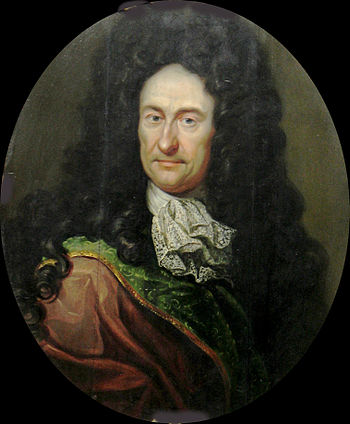 “It is unworthy of excellent men to lose hours like slaves in the labor of calculation which could safely be relegated to anyone else if machines were used.”

(Describing, in 1685, the value to astronomers of the hand-cranked calculating machine he had invented in 1673.)”
â Gottfried Wilhelm Leibniz

Leibniz, (July 1, 1646 — November 14, 1716) was a particularly brilliant mind of his day.  His contributions range from Physics to Philosophy, and he is attributed with the development of calculus in parallel to, but independently of, Isaac Newton.

According to Wikipedia, “While working on adding automatic multiplication and division to Pascal’s calculator, he was the first to describe a pinwheel calculator in 1685[8] and invented the Leibniz wheel, used in the arithmometer, the first mass-produced mechanical calculator. He also refined the binary number system, which is the foundation of virtually all digital computers.”

This quote as has been sort of a motto of mine for a very long time. It has been one of the themes of my career repeated several times over.

When I was growing up, my uncle worked as a manual machinist for a large aerospace company in NJ. My dad was an engineer / draftsman for the same company. Between them they worked nearly a century for the same company. Neither ever used a computer on the job. Today, my uncle’s job would be done by a CNC machinist. Instead of cranking manual dials, my uncle would be loading computerized code into computerized metal cutting machines that would cut parts automatically. Automation doesn’t mean it takes any less skill to run the machine. Many of the same skills are required to run an automated machine. It just is a different type of skill.

The accuracy and repeatability of these machines is simply phenomenal. Tolerances can be held on standard CNC milling and turning machines to within +/- 0.0002 of an inch. That is a mere two ten thousandths of an inch. That is nothing less than extraordinary in the world of manufacturing!  It is an order of magnitude of 5-10 times what can be achieved with manual methods alone.

In my dad’s day, just before he retired, the company had purchased their first computers in the engineering department where he worked. They were big clunky things that took up an entire room of office space. By the way, both lived extremely long lives; my uncle passed away at the ripe old age of 99, and my dad at 98!

Why do I mention this? I became involved with computerized machinery and computerized programming after having seen my family, practically speaking, slave for a nearly a century in the manufacturing industry without the benefit of computers.

I was and still am proud of the accomplishments of both my uncle and my dad, but I also knew that I could be much more productive in my life by taking advantage of the revolutionary advances of computerized manufacturing technology that were not available to either of them.

I have met so many great people in the manufacturing industry over the years, in companies large and small, but especially in the smaller tool and die and plastic injection mold-making shops.

There is something about machining that keeps people honest. Either your part, tool or mold, and whatever you are making works properly, and is made to the specifications of the blueprint, or it is not. There is no grey area or subjective opinion; only measurable fact. The part is within tolerance, or it is out of tolerance. Thumbs up or thumbs down. There is no compromising middle ground. Measurements are precise, accurate, and objective, with mutually agreed upon standards that are universal.

Even though my first glimpse of a computerized (CNC) machine tool was intimidating, I determined that even if it took me years to understand the technology, I vowed that I would learn to master it, and I eventually did on both accounts. If a machine tool has a computerized control on it, chances are I have programmed that type of machine before, at some point in my career. I also learned to run a wide variety of CNC machine tools.

The above quote from Leibniz stuck with me all these years, and when reasonably fast PCs became available in the 80s, I realized that the dream of Leibniz long ago had finally become a reality. Every software program used and the possibilities of communication using the Internet allows us a greater freedom from repetitive manual labor.

By the way, I am not opposed in principle to manual labor. There is nothing whatsoever that is wrong with it. In my life, I have worked as a construction laborer, a mover, a mason, a carpenter and a house painter. Although I enjoyed manual labor, I knew I did not want to spend my entire life doing it.

For example, when I worked as a house painter, years ago in San Francisco, we used electric airless paint sprayers that allowed us to paint buildings at the rate of 60 gallons of paint per day on a two-man team. If you are using a paint roller on a floor, you might be able to paint that much in a day, but there is no way to paint walls at that rate, or to paint by hand, using a brush, with that kind of proficiency!

If the lives of everyone can be improved using computers, I am always on board with it. Although there is a certain nostalgia surrounding the manual art and craft, and some things should be made only by hand, ninety-five times out of one-hundred, I personally prefer the computerized solution.

I have worked with and trained hundreds of machinists and programmers to use CAD/CAM technology to significantly improve their productivity in manufacturing.

I do the same today with small businesses and entrepreneurs. The niche may have changed, but my goals remain the same. I help companies to implement automated marketing solutions that improve their business, and the lives of both owners and employees alike.

Several weeks ago, I faced a dilemma. I needed to locate prospects and send out a large number of emails on a daily basis. I was considering hiring someone to help me send out more emails than I knew I could send out on my own each day. I was on the verge of outsourcing this work.

In principle, I do not like asking anyone else to do something that I would not want to do myself. If it is something that I can’t do, then that doesn’t leave me with a choice. Even if someone else does not think the work is tiresome, it still didn’t feel right to me; the thought of outsourcing this project left a bad taste in my mouth.

I know that there are companies that hire people abroad to send up to 100 emails a day. These people search for email addresses of potential prospects, and are happy to do this all day, for a decent wage based upon what is considered to be a fair wage in their particular country.

As for myself, I know very well I would become crazy doing strictly that and nothing else all day. Again, I was reminded of the Leibniz quotation, and despite my need, I squirmed at the idea of hiring someone to do this kind of job that I am unwilling to do myself.

So what is my conclusion to all of this soul searching and pondering? My advice is to keep looking for an automated solution to any problem you are having. Only as a last resort, if an automation solution is not possible, should you consider the alternative of outsourcing repetitive, tedious work.

I actually found an automated solution to my problem that is far better than hiring two full-time outsourcers, so I came out way ahead.

Also, if you have the means, consider hiring a programmer to build a custom solution to your problem. Then you not only have a solution that you can use, you have a product that you can sell to others that solves your particular problem.

This type of project has a very high probability of success. You are the very best possible beta tester for your product. You know the problem inside and out. You will know who can benefit from this solution, so you will know your target market very well. Your customers will greatly benefit from the automated solution you have found. Of course, you will also benefit by selling a solution that is well-tested, accomplishes the objective, and one that your customers not only need, but also appreciate.