With the recent attacks in Paris, Istanbul, Brussels, Iraq and Lahore and with the current terrorism threat to the UK (England, Wales, Scotland and Northern Ireland) from international terrorism being assessed as severe (that means an attack is highly likely) I have decided to give my opinion on the matter to see if we really can defeat ISIS.

Original article by Joe Robinson where he is a regular blogger at Medium. 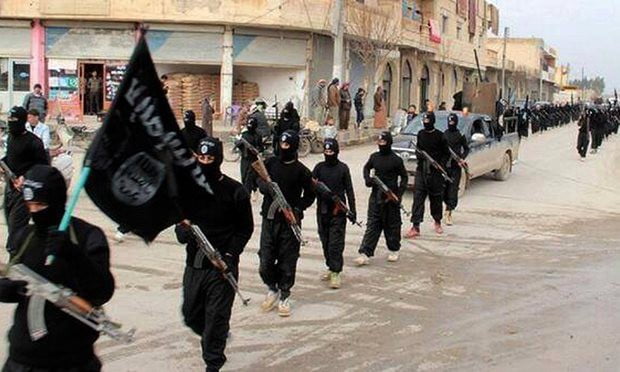 I believe I have an in-depth knowledge about how ISIL operate, not only for the fact that I decided to travel to both Syria and Iraq to fight against them during one of the Civil war’s most bloody periods but ever since their up-rising I have been infatuated with the so-called Islamic State. I have spent hours and hours trying to understand their ideology, sifting through the gory execution and propaganda videos, researching about how they have managed to rise and capture so much territory so fast and why young Muslims are attracted to the so-called Islamic state.

Most people only know ISIL through the media and from their propaganda material, but I have seen behind that. I have been up close and personal with them, I have seen how they operate, I have seen how they live their day to day lives, I have looked after them whilst they were detained prior to being handed over to state authorities and I can tell you that much of what you think of them, results from their brand of marketing and public relations. They present themselves to the public as superheroes; enforcers of the will of Allah, declaring Jihad (holy war) on Kuffar (none-believers) but away from the camera are a bit pathetic in many ways. Street kids inebriated on ideology and power and in many ways immature and dim-witted but that is not to understate the murderous potential of stupidity.

What I have come to realize is that ISIL thrive on Muslim separatism within European communities. They claim that the attack in Paris was because of France’s participation in the Bombing campaign knowing full well that in retaliation, France and other coalition forces would respond accordingly. This is what they want! they want us to respond with force so that it turns the Muslim population in Europe against us; it gives them opportunities to radicalise young Muslims to come and fight for their cause.

Nicolas Henin, a French journalist who spent 10 months as an ISIL captive and who got to know their fighters quite intimately came to the realization that “what they fear is our unity”. They want us to be scared of Muslims so that it segregates them from us within our community.

That’s not to say that I do not agree with coalition Airstrikes but even though I am fully supportive of coalition airstrikes in Syria assisting the YPG (Kurdish People’s Protection Unit), as they have pushed back ISIL further and taken back far more ground than any other fighting force on the ground; I do believe that a retaliation to the recent attack’s (just like the mass bombing campaign in retaliation to the Paris attacks) is precisely what Daesh wants. This is not the time for anger, this is not the time for retaliation, this is the time to stand together as one.

In my personal opinion, the best course of action is to not discriminate against the Muslim community. Show solidarity and come together as a community as we have seen in the past. This is what hurts ISIL the most. Something that I have come to realise and that I often say to people I meet is that it doesn’t matter how many Daesh fighters you kill; you can kill a thousand, you can kill a hundred thousand but you will never kill their ideology. The only way we can do this is if we stand together. This is how we defeat ISIL and this is how we can defeat their ideology.