Millionaire Mindset: The Way You Think, Wealth or Poverty.

“Today, you have the opportunity to transcend from a disempowered mindset of existence to an empowered reality of purpose-driven living. Today is a new day that has been handed to you for shaping. You have the tools, now get out there and create a masterpiece.”
â Steve Maraboli, The Power of One

Being a successful entrepreneur is one of your goals; however, before it can be achieved belief in your success begins 6-inches between your ears; otherwise, a few defeats will yield a self-defeating mentality and confirm your inevitable arrival in the MLM Cemetery.  In essence, “The Way You Think” is critical to your ability to generate consistent, predictable and long-term residual income.  More Importantly, your mindset is core to the life you ultimately build and this means no excuses because the outcome is put squarely in your hands so, what do you do now?

Now, winners who think positively and achieve their goals, possess or develop what is commonly known as a Champion or Millionaire Mindset.  Now what role does a Millionaire Mindset play in entrepreneurship, business, home business or life?  Millionaire Mindset is “a way of thinking and acting that invites and maintains an overflow of abundance; a special way of relating to money in a way that attracts it to you”.  I highly recommend the book, Money Is My Friend by Phil Laut.  Yes, people obsess about money but, it’s only a tool and it’s about thought.  So, how does one develop a Millionaire Mindset?  SOLUTION is quite simple and that involves

being trained by a multi-millionaire, who believes in success development.  Okay, don’t have access to your local multi-millionaire then, follow a skill-model who has proven or demonstrated daily habits he/she are on the road to prosperity.  When you think like a winner and execute habits that ensure future success then, the outcome is predictable because you think the way you feel.  So, it’s safe to say, that entrepreneurs and/or successful businessmen like Steve Jobs, Bill Gates and countless others don’t embrace self-limiting belief practices nor engage in conduct that would reinforce a destructive mindset that is repeated by the working poor and middle-class on a daily basis (consistently having more bills at the end of the month than money or living pay cheque to pay cheque).  When you set limits to your potential then, “you’re just another ham and egger”…..Bobby “The Brain” Heenan.

Millionaire Mindset is critical not just to the average Joe and Jane but, especially to business as indicated by the 50% failure rate within the first 5-years of existence.  Believe it or not many CEO’s contribute to the failure of their company due to their resistance to better innovation processes that would enhance the production, efficiency and quality, while driving down costs of a product or service.  Seems anti-capitalist but, this is certainly true in technology/Internet based companies.  Unfortunately, political correctness or just plain FEAR has negatively impacted the greater society and businesses/entrepreneurs are not exempt.  It seems Economic Darwinism will identify the winners and losers in the greatest sport in the World known as business.  Those who make the necessary adjustment in relations to changing market conditions (Inbound Marketing) and more importantly, satisfying their customers increase their odds of success, while those entrenched in old methods of production (Outbound Marketing) despite a changing market and fail to listen will eventually, become another stat.  Keep an open mind or suffer the consequences.

As consumers become more sophisticated business owners have become or forced to recognise they must cater to the interests of their target market.  This is why Inbound Marketing is rapidly becoming the norm because it’s about connecting with the internal needs of the customer by bringing value and earning the right to occupy their time.  So, are you embracing and internalising inbound marketing in your daily interactions or you more the outbound marketer where it’s more superficial and no real work on the inside?  This question is critical because it circle backs to the way wealthy people think versus those who are working-poor or middle class.  Want real success in anything then, it starts working on the internal you and this is why Inbound Marketing must become your standard method of thinking and execution in business.  Below, I have provided a few examples of how the wealthy are Inbound Thinkers and the related benefits. 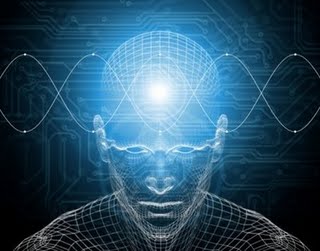