My favorite comedy television shows growing up were Cheers and MASH.  I admit I watched way too much TV at the time.  I should have been studying more.

The quote below is just so perfect for today’s work environment.  Just change Army to Corporate America and it applies. 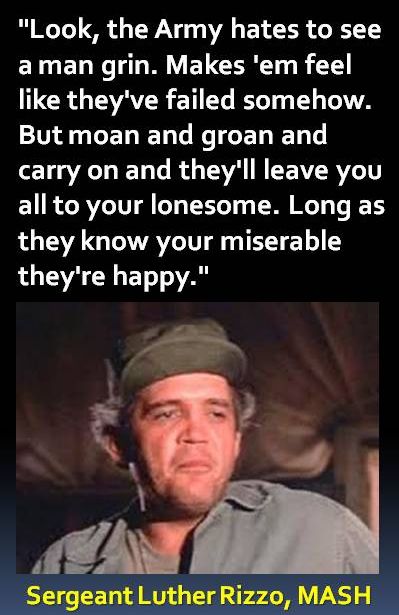 I worked with a hardworking man once.  He was passionate about his job.  He would come in early and leave late.  He would work weekends.  One day his boss told me in casual conversation the bosses didn’t liked him because he smiled too much.  I don’t know how anyone can succeed with such negativity.  It makes me think of this quote.  As long as you are miserable they are happy.

Have a great weekend!