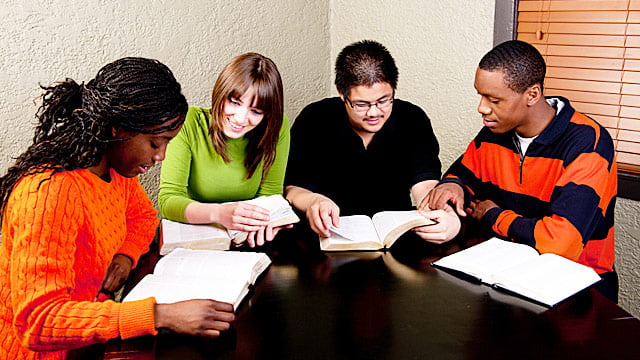 Sin in our lives is not inevitable

"He knew so much about the Bible; he had such a great ministry. How could this happen to him?"

People often have asked me such questions when a Christian leader has fallen because of money, sex, or pride.

The unasked question is left hanging in the air. "Since this happened to such a spiritual man (or woman), am I going to fall, too?"

I used to answer, "We’re all vulnerable. It could happen to anyone," echoing what other Christians have said in the past.

Some time ago I knew a middle-aged man in South America who was one of the most winsome evangelists that I have ever heard. But he had an attitude toward money that was unholy. He put away money that wasn’t his. Now he is no longer an evangelist. He is doing something else when he ought to be winning souls in the harvest field of Latin America.

As well, I was deeply grieved when I learned that a respected American youth evangelist with whom I had worked in the past had left his wife, his children, and his ministry for the passions of the flesh. It turned out that secretly, for years, he had been feeding a pornography addiction while preaching up a storm against immorality. Then, the inevitable happened. He started committing adultery. He had affairs going in city after city. Finally, the truth came out, and he walked out on his family.

When the truth came out, it shook me. It seemed to only prove the point: "We’re all susceptible to moral failure, right?"

I’m not so sure anymore. I now believe such thinking leads to fatalism, smacks of false humility, and flies in the face of Scripture.

Failure Is Not Inevitable
"We’re all vulnerable" isn’t true…if we’re staying in God’s Word, if we’re walking by the Spirit, if we’re obeying Jesus Christ. "If you do these things," 2 Peter 1:10 says, "you will never fall."

Peter isn’t using flowery language; he isn’t simply trying to make us feel better. These words are from the Bible; God Himself tells us, "If you do these things, you will never fall." What a wonderful promise!

Earlier in the same chapter, Peter tells us, "His divine power has given us everything we need for life and godliness through our knowledge of him who called us by his own glory and goodness" (2 Peter 1:3).

"All power" has been given to us through Jesus Christ, and His power is what enables us to live a godly life.

God doesn’t want us to shipwreck our faith, shatter our home, disgrace our church, or destroy the ministry He has entrusted to us. Instead, He has given us His indwelling presence and designed the Christian life so that we’ll succeed.

Walls of Protection
To keep us safe in His hand, God has established several strong walls of protection around us: the Word of God, including His moral laws; the Body of Christ, especially our local church; and His indwelling Holy Spirit, who is ever sensitive to sin in our lives.

But we can’t just sit around, hoping God will protect us when temptation comes our way. As John Wesley recognized during the Great Awakening, it is as Christians grow in grace and go on to maturity that they will be kept from falling.

"Paradoxically," Wesley biographer A. Skevington Wood reminds us, "to stand still is to be in danger of slipping back."

I encourage you to take action. First, don’t gossip and gloat when someone goes ahead and blatantly sins. We dare not secretly get a kick out of seeing someone else fail. Since temptations are common to us all, Scripture calls us to walk humbly in the fear of the Lord.

Second, make a radical decision to be holy as God is holy. Pray to God about your area of weakness. I did this early on in my ministry. I told God, point by point, how I behave in certain situations. I was embarrassed and recognized that God already knew how I acted, but it did me good to tell Him. Then I took Galatians 2:20 and reaffirmed with God my resolution to be crucified with Christ. I made a radical decision to be holy under every circumstance, without exception.

Third, begin a prayer group with one or more of your Christian friends. Let them know about your area of weakness–you don’t have to share in great detail. Ask them to hold you up in prayer before God as well as to hold you responsible for your actions. I meet each Wednesday with a group of respected, godly leaders in my city and have discovered great benefits.

Fourth, get back to reading the Bible. Several years ago when a rash of leaders were falling one after another, I asked my mentor, Dick Hillis, founder of one of the world’s leading missions organizations, "Why are all these guys falling away?"

Dr. Hillis thought and thought about my question. After walking with the Lord for sixty-some years, he’s no fly-by-night. Finally, he told me, "I think it’s because they were reading a lot of books about the Bible, but not the Bible itself."

The more I thought about it, the more I could see his point. Nothing can take the place of God’s Word, not even the best biblical commentaries. Sure, an evangelist or preacher or teacher needs to do his homework. He needs to read widely and deeply. But we need to saturate ourselves with God’s Word so, as the Psalmist wrote, "I might not sin against [God]" (Psalm 119:11).

As we read the Bible, associate with godly men and women, and follow the Holy Spirit’s leading, we are protected and kept safe in God’s hand.

Beware of Temptation
That’s not to say we won’t be tempted to climb over these divine walls of protection. For this reason we must beware of two seemingly innocent mistakes that make us vulnerable to Satan’s attacks: carelessness and opportunity.

Maybe we begin to hurry through our daily Bible reading or prayer time since we really don’t have much time. Perhaps we place ourselves in a tempting situation. Maybe we’re trying to serve God in our own power instead of in the power of the Spirit. It could be we’re feeling proud after gaining a victory over temptation. However it happens, carelessness creeps in and that’s when Satan strikes. The opportunity arises, and we fall into sin.

But we don’t have to go that route. The Bible promises, "God is faithful; he will not let you be tempted beyond what you can bear. But when you are tempted, he will also provide a way out so that you can stand up under it" (1 Corinthians 10:13). We are not helpless victims of Satan’s whims. He can defeat us only if we let him. Remember the Peter Principle: "If you do these things, you will never fall."

The Lord doesn’t want us to panic, to be fearful that we’ll be the next to fall. He "is able to keep you from falling and to present you before his glorious presence without fault and with great joy" (Jude 24).

Let’s not go around cringing, frightened we’re going to fall. We don’t need to be afraid of the world, scared that our sexuality or whatever is going to destroy us. If we are walking and growing in Christ, the Scripture says we will never fall–and that’s a promise!

Prayer
"Lord Jesus, I have the desire to do such-and-such, and I am settling the matter with you. By your power, I will not dishonor Your holy name. I’m going to live for Your glory. I am committed to live a pure life. Amen."

When faced with temptation, do you recognize the way of escape explained in 1 Corinthians 10:13? "No temptation has overtaken you except what is common to mankind. And God is faithful; he will not let you be tempted beyond what you can bear. But when you are tempted, he will also provide a way out so that you can endure it."

What is tempting you? Talk to another Christian today and learn how to fight temptation.