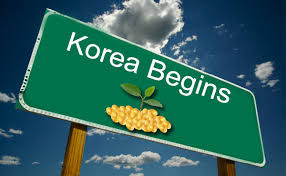 Cryptocurrency Costs Unlikely to Crowd Out Fiat Currencies in Korea

Penned by economists and academics from the Bank of Korea and Seoul’s Hongik University, the working paper, titled ‘Crowding out in a Dual Currency Regime? Digital versus Fiat Currency’, was published earlier this week.

“We examine the impact of a privately issued digital currency and fiat currency using the simplest framework, with which we may derive the most straightforward implications,” reads the introduction of the paper. “More specifically, we attempt to answer the question of whether digital currency will crowd out fiat currency.”

The authors claim their research employs the ‘simplest model of monetary economics’ to drive these straightforward implications with the minimum number of assumptions. The research considers dual currency regime, one which sees the coexistence of privately-issued digital currencies and fiat currencies issued by the government. Bitcoin is underlined is a notable example of a private digital currency.

Making note of a number of efforts with central banks exploring the possibility of issuing their own digital currencies, the researchers point to the example of the Bank of England which has publicly revealed its effort to do so. Such an attempt “could drastically change our monetary system” the authors write.

Fiat currencies have been historically known to decrease continuously, the authors confirm, due to inflation and the factor of new money pumped in to the supply by the central bank, also known as quantitative easing.

Bitcoin, in stark contrast, has a fixed supply which would imply a “deflationary bias”, the authors note.

“This could lead to a situation in which Bitcoin drives out fiat currency as a store of value,” the authors speculate, before quickly adding:

The authors also point to future research possibilities, such as covering the topic of digital money appreciating due to ever-increasing demand and the possibility of a triple currency regime, one which would see private digital currencies like bitcoin, central bank digital currencies and fiat currencies operate together.