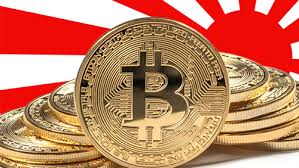 Bitcoin gets official blessing in Japan

The broader fintech sector is struggling even as cryptocurrencies take off 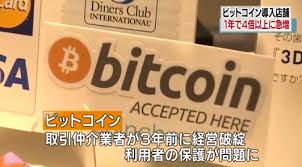 Entrepreneurs do not often welcome regulation. For Japanese cryptocurrency start-ups, however, a framework put in place by the country’s financial authorities has been a boon.

Rules announced this year by the Financial Services Agency allow people to pay for goods and services with bitcoin and require cryptocurrency exchanges or remittance operators to be licensed and subject to annual audits. These have given bitcoin official approval.

“The Japanese have felt that cryptocurrencies are a scary thing but trading volumes have increased as many now see it as trustworthy thanks to government approval,” says Yusuke Otsuka, chief operating officer at Coincheck, a bitcoin exchange.

The FSA issued operating licences to 11 bitcoin exchanges late last month. Coincheck has applied for a licence and is hoping to receive approval next month, Mr Otsuka says.

However, for Japan, cryptocurrencies sit within the realm of fintech. The government and banking leaders hope that this sector’s businesses — ranging from artificial intelligence-led investment advisory groups to cloud data storage — will free up cash sitting in bank deposits and reignite the economy.

There has been domestic hand-wringing over the investment going into fintech ventures in Japan compared with that in other developed countries. Japan’s fintech sector, seen as a laggard, had investments of $65m in 2015. This compares with $12bn in the US, $974m in the UK and $69m in Singapore, according to consultants Accenture.

“We’re hoping that fintech will change economic and corporate activity,” says Takuya Fukumoto, director of industrial finance in the economy, trade and industry ministry. The ministry set out the government’s vision in August, calling for an increase in cashless consumer payments, digitising back-office functions and new technologies to enhance cash flow between companies.

Japanese banks, worried that fintech ventures will become mainstream players, are trying to gain exposure to new technologies by either creating a business or investing in a start-up.