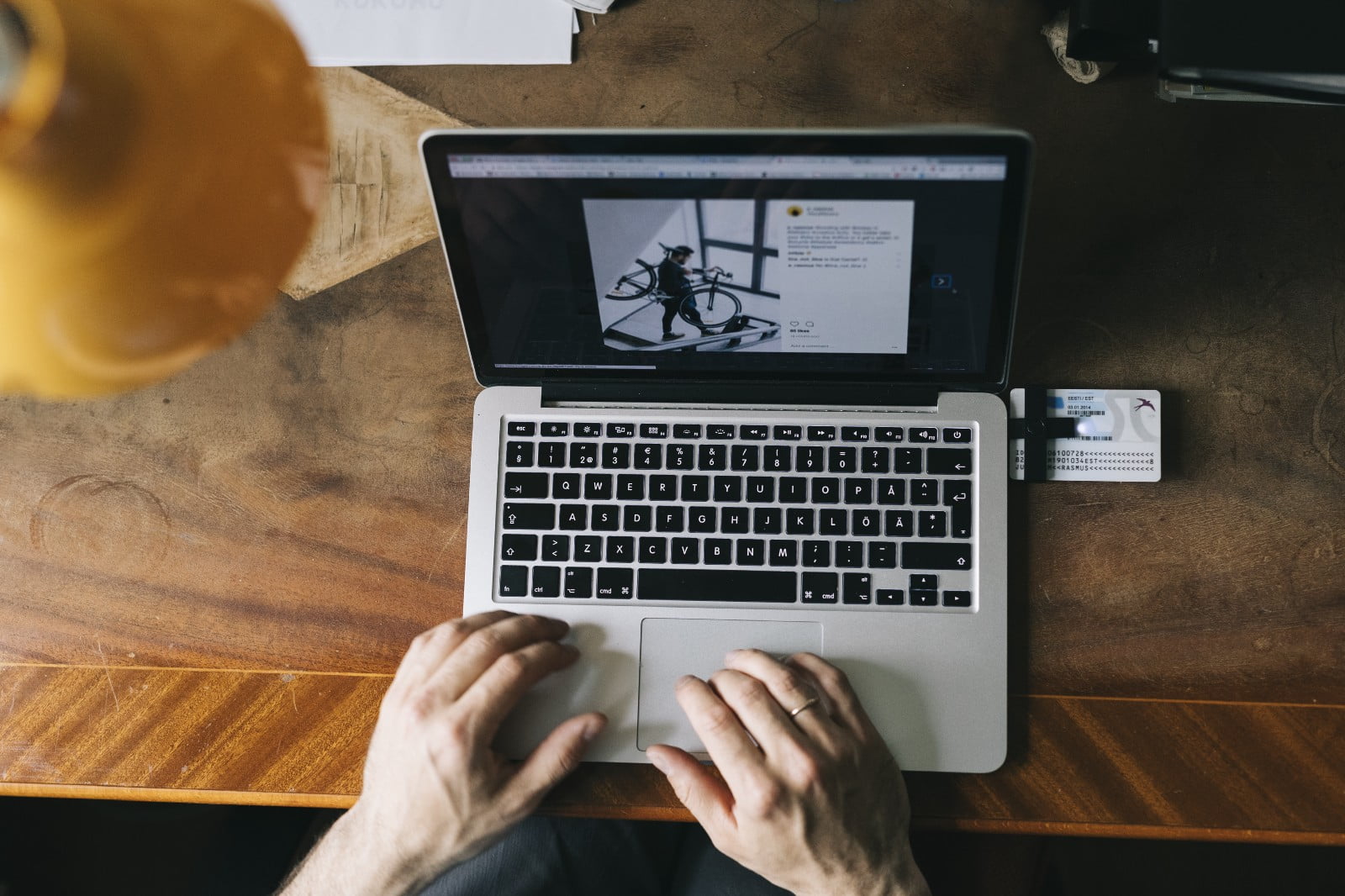 Estonia could offer ‘estcoins’ to e-residents

The proposal to issue crypto tokens would make the Republic of Estonia the first country with an Initial Coin Offering (ICO).

What would happen if a country, such as Estonia, issued its own crypto tokens?

This radical question is at the heart of an ambitious new proposal that, if implemented, has the potential to benefit both the country and its fast growing community of e-residents.

‘Estcoins’ could be managed by the Republic of Estonia, but accessed by anyone in the world through its e-Residency programme and launched through an Initial Coin Offering (ICO).

First though, I want to tell you how we got to this point because it’s the result of another question that we asked almost three years ago, which seemed even more radical at first:

‘Estonia has just 1.3 million residents, but what would happen if our country had 10 million digital residents too?’

At that time, every citizen and resident could already obtain a secure digital identity that enabled them to access Estonia’s public services entirely online. This minimised bureaucracy and made every day life easier, especially for entrepreneurs.

So then we wonderedâ—âwhy stop there? Our digital infrastructure can handle far more ‘users’ than the current population.

If anyone, anywhere could also apply for a digital identity issued by the Estonian government then they too could access our public e-services and our business environment. They could then enjoy many of our same advantages online, especially when it came to starting and running a company, no matter where in the world they are. 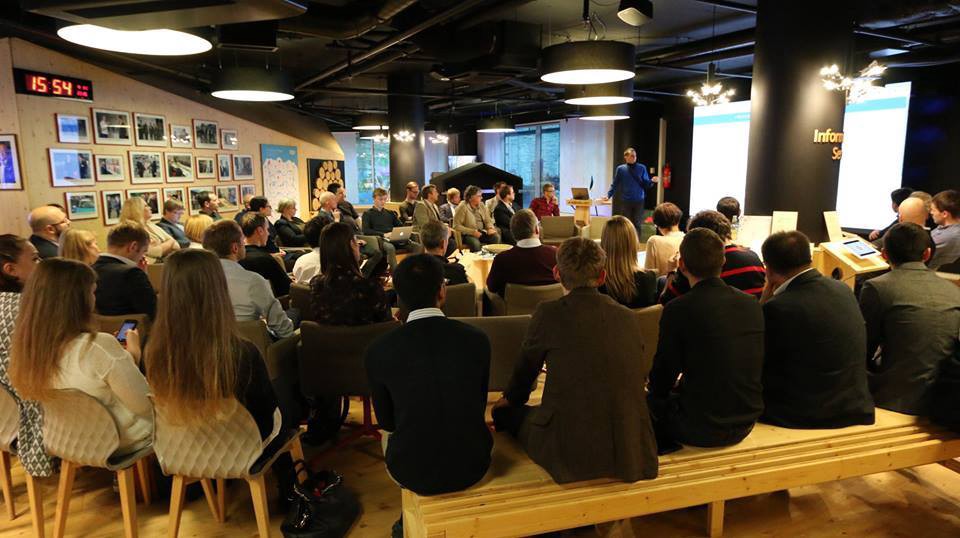 As a result, Estonia became the first country to launch e-Residency.

At first, we didn’t exactly know who would apply and what these people would want most from the programme, but it quickly became clear that e-Residency offered huge value to entrepreneurs seeking trust, location-independence, minimal bureaucracy, low business costs and access to a wider range of fintech services.

The latest statistics show that there are now more than 22,000 e-residents signed up from 138 countries and they make an enormous contribution to Estonia in return for the opportunities that we deliver to them. In fact, the weekly application rate is currently higher than Estonia’s weekly birth rate!

The ability to start a location-independent company is now the main ‘product’ that’s driving the growth of e-Residency. If we left it at this then it is likely that we could still achieve a respectable rate of growth (especially among the fast growing ‘digital nomad’ community) while solving a major problem facing our world, which is how to ensure everyone has the opportunity to benefit from entrepreneurship and rising e-commerce. Even the United Nations has now partnered with e-Residency to launch eTrade For All, which is helping tackle financial exclusion in developing countries.

The private sector is investing in products and services specifically for e-residents and there is a tremendous amount of excitement in how the secure digital identities offered by e-Residency can enable easier KYC and onboarding, therefore making the e-Residency community an attractive customer market for new online services. It’s incredibly exciting that so much of the fintech industry shares our vision for a borderless digital world with opportunities for all. In recent months for example, Holvi has invested in e-Residency business banking that can be accessed entirely online, TransferWise has unveiled their new borderless account, Change is creating the first decentralised bank for e-residents and Mothership is launching a cryptocurrency exchange.

As a result, e-Residency is now creating a new borderless digital nation where many opportunities provided by traditional nations can be offered entirely online to anyone, anywhere. As Estonian President Kaljulaid recently explained, we must keep innovating to ensure that governments remain relevant in the digital era.

Right now for example, Estonia is planning the world’s first ‘data embassy’, which will support Estonia’s digital infrastructure in a location abroad with the same protections granted to traditional embassies. Just as Estonia’s digital society has become location-independent, this development forms part of Estonia’s broader plan to ensure its state can function entirely independent of its own territory too.

The rise of cryptocurrencies and ICOs

It’s clear that there is strong interest in cryptocurrencies and other blockchain-based solutions among our growing community of e-residents.

Just like e-Residency, cryptocurrencies have evolved from a niche idea into an increasingly normal part of modern life for people everywhere in the world because they offer real solutions to real problems.

Several countries have begun experimenting with the introduction of their own digital currencies and China has even developed a prototype cryptocurrency that could one day be put into circulation.

However, Estonia has a clear advantage in this area due to its advanced digital infrastructure and its e-Residency programme. No other country has come close to developing both the technology and the legal frameworks that would enable them to introduce and securely manage tradable crypto assets globally.

Fortunately, the secure digital identities used by e-residents (as well as citizens and residents of Estonia) are now the ideal mechanism for securely trading crypto assets in a trusted and transparent digital environment. The tokens can not be counterfeited and the government oversight means they can not be used for illegal activities.

The rise of cryptocurrencies has led to another interesting blockchain-based innovation in the private sector called an Initial Coin Offering (ICO), which enables companies to crowdfund their finance and incentivise a wide range of people to help grow their business.

So could a government support an ICO too?

After all, people do already talk about ‘investing in a country’, but what they really mean is investing in opportunities related to that countryâ—âsuch as companies, property or bonds. You may believe in the future of the country and want to help it succeed, but you can only invest in it indirectly at present.

We already know that many people become e-residents simply because they are fans of our country, our technology and our ideas, and being an e-resident enables them to show their support.

A government-supported ICO would give more people a bigger stake in the future of our country and provide not just investment, but also more expertise and ideas to help us grow exponentially.

This why we are proposing the introduction of estcoins, which could enable anyone to invest in a country for the first time.

Investing in any crypto asset can come with high risks and high rewards, but holders of estcoins would have the added incentive of supporting the development of our digital nation.

There are several ways that the initiative can be structured, but it is important that Estcoin investors gain only when all of Estonia gains.

Ethereum founder Vitalik Buterin has a keen interest in Estonia's development as a digital nation and has provided valuable feedback for the estcoin proposal.

He believes estcoins could be used to incentivise investors to support the success of a country in a way that is not currently possible through existing means of raising international finance.

"An ICO within the e-Residency ecosystem would create a strong incentive alignment between e-residents and this fund, and beyond the economic aspect makes the e-residents feel like more of a community since there are more things they can do together,” says Buterin.

"Additionally if these estcoins are issued on top of a blockchain (they could possibly be issued in multiple formats at the same time, nothing wrong with this) then it would become easy and convenient to use them inside of smart contracts and other applications."

For a good example of how the additional money could be managed on behalf of the Estonian people, the Norwegian state pension fund (more commonly known as ‘the oil fund’) is a good example. It is regarded as one of the smartest investors on the planet and has achieved an impressive rate of growth.

The funds raised through estcoins could be managed through a Public Private Partnership (PPP) and only used as described in the agreement to actually help build the new digital nation. This would enable Estonia to invest in new technologies and innovations for the public sector, from smart contracts to Artificial Intelligence, as well as make it technically scalable to benefit more people around the world. Estonia would then serve a model for how societies of the future can be served in the digital era.

In addition, a large proportion of the funds could be used as a community-run VC fund on behalf of investors. The money could then be used to support Estonian companies, including those established by other e-residents.

As an investment opportunity, estcoins could benefit Estonia and be attractive to investors from the day it is launched. As with e-Residency however, the longer term opportunities could be far greater and possibly beyond anything we can currently comprehend.

In time, estcoins could also be accepted as payment for both public and private services and eventually function as a viable currency used globally. By using our APIs, companies and even other countries could accept these same tokens as payment. It will also be possible to build more functions on top of the estcoins and use them for more purposes, such as smart contracts and notary services.

‘Estcoin’ might make sense today as a name, but it might not be the right one long term because its use could grow far bigger than Estonia. The same thing is happening to e-Residency as a whole, which was initially thought of as a way to be part of the Estonian nation but is now creating a new global digital nation, powered by the Republic of Estonia.

If there is support for this proposal, then the next stage before the ICO would be to provide a white paper that outlines the value of estcoins and how the investment will be used to develop our digital nation. It is likely to begin as a pilot project that can be scaled up based on demand.