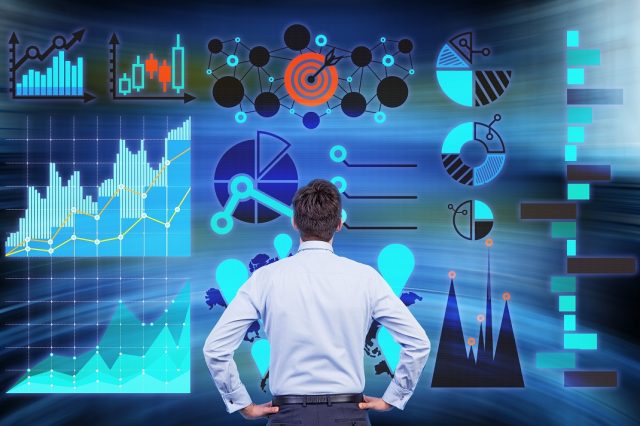 Bitcoin’s price has gained over 180 percent this year, while hedge funds have only returned 3.5 percent on average. Most hedge fund managers have stayed away from bitcoin. However, the few that have included it are significantly outperforming their peers.

Hedge fundsHedge Funds Are Quietly Investing in Bitcoin are investment funds whose clients are accredited or institutional investors. They are less regulated than mutual funds since they are not subject to strict rules designed to protect investors. Some of them are not even required to register or file public reports with financial regulators.

Investments in hedge funds are only restricted by each fund’s mandate. They can effectively be anything including land, real estate and currencies, as long as they seek to maximize investors’ returns while reducing risks.

The comprehensive overall returns of hedge funds are measured by the hedge fund absolute return index (HFRX), which is representative of all hedge fund strategies. Hedge Fund Research (HFR), which provides data on more than 150 hedge fund indices, is the industry’s leading provider of hedge fund index data. According to HFR, the HFRI Weighted Composite Index only returned 0.46% in May and 3.5% year-to-date. In comparison, the S&P500 total return was 1.16% in May and 9.61% year-to-date.

HFR’s data reveals that most hedge fund strategies underperformed the market both in May and year-to-date, CNBC reported. The index provider noted that technology and currencies were the only two strategies that performed well in both time periods, adding that:

The FX funds did well because of exposure to digital currencies like bitcoin.

The hedge funds that do invest in bitcoin currently do not have large positions. The best performing hedge fund index in May was the HFRI Macro Currency Index which gained 3.49% in the month and 8.22% year-to-date.

“Many hedge funds are still very reluctant to dip a toe into the asset class,” CNBC recently reported. One hedge fund veteran, with 16 years of experience, told the news outlet:

To be honest, I just don’t know enough about it.

The reasons hedge funds are reluctant to invest in bitcoin “really boils down to concerns over volatility, security and perception,” Louis Gargour, the founder of asset manager LNG Capital, told the publication.

He listed three concerns. Firstly, “bitcoin’s extreme volatility doesn’t sit well with managers working on a risk-adjusted return basis.” Secondly, fund managers are concerned with the digital currency being hacked or stolen. Lastly, “there’s a perception that bitcoin remains a niche, retail investment that does not yet demonstrate sufficient quality to be seriously considered for many reputable institutions,” he explained.

However, as bitcoin continues to outperform other asset classes, more hedge fund managers may start following their peers and invest in the digital currency. At press time, Bitstamp shows that bitcoin has gained over 180% so far this year and over 70% in May.