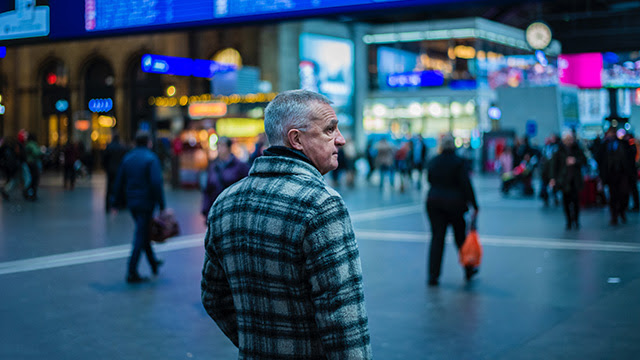 Behold, while the child was yet alive, we spoke to him, and he did not listen to us. How then can we say to him the child is dead?

God’s Word has comforted millions of Bible believers for thousands of years. However, it’s a mistake to think that a fitting Bible passage can completely absorb the pain of losing a loved one in death. Even Jesus, though He embodied all the promises of God (2 Corinthians 1:20) and knew in advance that He would raise Lazarus from the dead (John 11:11), wept with sorrow at the grave of His friend (John 11:35-36). The loss of a child is especially painful because we invest our most selfless love and brightest hope for the future in our children. Even those who usually show calm, quiet strength in stressful situations can be twisted into grief-stricken outbursts or depressed withdrawal over the loss of their children.

This may have seemed the case with David, Israel’s most famous king. His servants were surprised by his actions during his child’s illness. So deep was his grief that members of his court worried about the impact of telling him the truth about his child. Read on to learn more about David’s suffering. If you’ve suffered a loss in your own family, may you draw some comfort from how he pursued his relationship with God.

Though the prophet Nathan, God had predicted the first child of David and Bathsheba would die. David “sought the Lord” by praying, fasting and sleeping on the ground instead of in his kingly bed. This went on for seven days until the child’s death. David showed such a mournful, tormented attitude that his servants were afraid to tell him his child had died (2 Samuel 12:12-18). Why did David do this? He knew from experience that God is “good and forgiving, abounding in steadfast love to all who call upon Him” (Psalm 86:5). He hoped God would mercifully save the child’s life. While there was something he could do, he did it — by humbly appealing to God instead of hopelessly remaining in self-pity. (See 2 Samuel 12:22)

Taking ownership of the situation

David knew the death of the child was his fault. Nathan had pronounced this as one of the many judgments on his household. He began his approach to David in a way that made David see his hypocrisy (2 Samuel 12:1-14). Contrast this with Cain, the first murderer: Cain attempted to deceive God by saying, “I do not know; am I my brother's keeper?” when asked about Abel (Genesis 4:9). When God pronounced judgment on him, Cain protested, “My punishment is greater than I can bear” (Genesis 4:13). David’s sin was far greater: he had abused his power to betray Uriah, a faithful friend. He had committed adultery with Uriah’s wife, Bathsheba. He had commanded Joab to allow Uriah to be killed to cover up the evidence of his sin. However, when Nathan confronted him, he admitted, “I have sinned against the Lord” (2 Samuel 12:13). David’s punishment was also far greater than Cain’s. David’s grief and repentant attitude flowed out of his personal acknowledgment of guilt; it didn’t make him withdraw from the Lord. Instead, he trusted in God’s goodness and mercy, hoping, until the very end, for a reversal of the situation.

Taking initiative to comfort others

It’s common for grief over the death of a child to isolate a father and mother, adding to their pain. Men and women sometimes deal with their loss in very different ways and have trouble comforting one another effectively. This story ends with David taking steps to comfort his wife. Ultimately another son was born to them, Solomon. His name means “peace,” and a message delivered by Nathan led them to nickname him “Jedidiah”, which means, “loved by the Lord.” Despite the terrible way their relationship began, God made it known He had accepted David’s repentance and intercession. This brought healing and peace to the family.

David’s strong faith in grief has been a source of hope for countless parents: “…I shall go to him, but he will not return to me” (2 Samuel 12:23). He expected their child to be awaiting them “in the house of the Lord forever” (Psalm 23:6) where David himself expected to dwell.

Although even the most hope-filled promises can’t erase a loss like this one, we can nevertheless be comforted by them. How does a verse like Romans 8:28apply in this situation?

“And we know that for those who love God all things work together for good, for those who are called according to his purpose.” (Romans 8:28)

Despite the vast destruction and death brought on by David’s sin, God brought Jesus to earth through his union with Bathsheba: Jesus’ legal right to Israel’s throne was established because of Mary’s husband Joseph’s descent from Solomon (Matthew 1:6). He was identified as Son of David (Matthew 1:1) because of Mary’s descent from a later son of David and Bathsheba, Nathan (1 Chronicles 3:5, Luke 3:31). In His sovereign mercy, God worked this miserable experience out to be the way of salvation for David and everyone who has trusted in Christ for redemption! He can work your affliction out for your good as well!

Father, I am sorry for doubting your goodness. I know that you can and will turn my afflictions to good. Help me see and understand when you do this. AMEN

Christians are told to “bear one another’s burdens.”