Working in the UK

I have been working part time in the UK for the past eight months, after a gap of some 15 years whilst living abroad. Finding work was a bit of a challenge, due to my age. There are a few companies that employ pensioners, however I was seeking an active outdoor job having formally been a sailing Instructor. I was interviewed for a water-sports vacancy, which would have been ideal but heard nothing and then I saw an advert for Go Ape Instructors in Sherwood Forest. I love teaching and sharing knowledge and being a former adventure racer saw the possibilities. After attending a half-day group interview, I was selected for training. I had some concerns as the supervisors were younger than me and fellow trainees might be fitter but as it turned out, my knowledge, adaptability and work ethics resulted in and employment offer..

Some fellow instructors did not know quite what to make of me and would step in and offer to help to assist me and I would stand aside, but as time went on I realised I was more than their equal in some areas and even in the physically activity of climbing zip lines I could hold my own.

I have always been the type of person who is reliable and on time and will look for jobs to do rather than stand around doing nothing. Looking after customers safety on the treetops course is paramount and on many occasions customers need encouragement to complete some challenges on the course. One thing I am good at is pushing people to their limits. Throughout the season, I helped many people overcome their fear of heights, with only one or two not being able to overcome their fears.

I ended up working a number of extra days as a result of people missing shifts, this was great for me. The company distribute a simple spreadsheet which show the start times or days that instructors are required to work, but often people forget to check with the result that those on shift have to work harder to cover the shortfall. This to me is a new phenomenon and I cannot remember this occurring in the past. When working work should come first, otherwise how else can you pay your way in life.

I will be working weekend only for the next month finally ending my contract on the first weekend in December and I hope that I will be invited back for a new contract next year.

Rather than sitting around during the winter, I am turning my attention back to my online business, which involves selling Diet Coffee. The product is excellent for people who love coffee and want to lose weight, just by replacing the coffee they current drink with another brand.  ! have sold over 100 boxes since July. 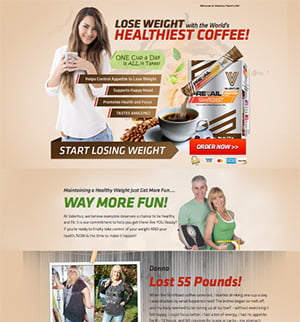 Life can be very challenging at times, following our move to the UK from tropical climes we have had to to face up to higher prices and colder weather. Lucky for us this winter has been milder than normal. We realised from the start that we needed extra income. Jasmin my wife found some cleaning jobs to build an additional income stream , however it was at a cost. Lots of driving early morning and late nights for minimum wages. I spent six months applying for many jobs, filling in many forms and hearing nothing. What has happened to the country, it does not take much effort to send out a reply say sorry you have not been successful in this technological age. 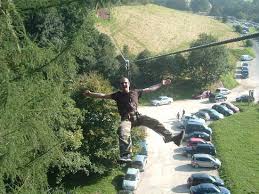 The next problem is the zero contract hours usually run by agencies where you are registered on the books of an agency, you then rely on the agency to find you work. Both my wife and myself spent a few hundred pounds getting certified documentation such as Disclosure and Barring Services (DBS) checks for working with vulnerable people. Jasmin attended a week of care work training at her own expense and then never heard any thing more. My own teaching agency rarely contacts me and has never offered me work.

No replies to job applications are one thing but, if you are lucky enough to be selected for interview there are employers who still fail to advise you if you are unsuccessful.

With this kind of scenarios it is no wonder that people become disolutioned.

As last year drew to a close, we took stock of our situation and wrote out our new year resolution, publishing on a group page for anyone to see, this simple action help focussing on goals and from time to down when spirits are low, we have found it refocussed our minds and effort.

I decided that in view of the poor response to job applications, due possibly to my age, although Agism is banned in the UK, I would stop applying for jobs and would instead concentrate on building my own online business with MarketHive at the end of February.

The middle of February approached and my thoughts and actions started to change as I prepared to return to full-time online marketing and then the breakthrough on 17th February:-

Do you feel as strongly as we do about living life adventurously? Then Go Ape could be for you!

I Just love adventure it been in my blood for the past 15 years and is the reason I took early retirement and became an adventure racer!, my last job in my favoured sport was teaching sailing 8 months previously and this one although land based offered the chance to help people to enjoy outdoor challenges in safety.

This is my calling, my prayers have been answered.

Four days later I was requested to attend an interview/practical assessment. 7 fellow applicants on the half day assessment aged 17-30 all younger than my own children.

To start off we had to introduce ourselves speaking for two minutes and I was surprised that most found this hard, this was where their age was against them. As I got onto adventure racing, I asked them to stop me when they had heard enough.

We split into two groups for a team task, the result was our group would probably survive the other would probable not survive

The stakes were high on the physical test a climb UP a zipline, I was in the last two the youngest and the oldest, all our predecessors had completed the task. Being the gentleman I took the the slightly higher line which reduced my starting run up and we were off. My feet left the ground early and as the momentum from my run slowed it was hand over hand with my arms keeping a steady rhythm I pulled past the girl and as angel steepened approach the landing platform arms started to fail, I turn around to see if going forward was better, not really so turned backwards once again, so near I am not giving up, Stop hold on rest a little regain composure, climb again, burn in arms platform there, not quite last effort. Clip on safety lines . Success. The final task disconnect the pulley system, now the higher line presented a problem as I was already standing on tip tow and needed to jump to be able to release the karibeener. A few attempts were required with a little help from an instructor, a bang in the face, I was off. Time to encourage the girl who was now on the steepest part and was stalled ready to give up and no amount of encouragement would change her mind she gave up and returned down the zip. Final task attach to zip line and return to start, pleased to complete in style landing on my feet.

Final task one on one interview, felt confident, a very good company to work for even thuogh I had never heard of them

Was a little surprised but happy the following day to be accepted, and immediately set about raising my fitness level after an inactive winter.

This is why I will never give up

be prepared to do whatever it takes and more