This offbeat documentary starring comedian Jamie Kennedy explores the often contentious relationship between the stand-up performers onstage and the vocal critics in the audience. Interviews include comedian Bill Maher and director George Lucas.

I want to start off my saying this documentary was more about Jamie Kennedy with his handling of negative blog movie reviews than stand-up performers dealing with vocal critics. This is Jamie Kennedy’s movie and it was okay with me as it shows words hurt. I am recommending this as we all have to deal with negative criticism from time to time.

I obviously do blog movie reviews. I was told years ago if I wanted to build an online presence I would need to write what I know. I do know movies and like relating some of my own personal experiences with them. It is good for me to get words out. I know too well how words hurt so I try not to be too negative in my criticism. One movie in particular I did not like was “The Notebook.” I gave my readers compelling reasons why I didn’t like it. I actually hope more people will see this movie and have an intelligent discussion about what I didn’t like.

I wanted to explain myself as people who do blog movie reviews were criticized. Most of those critics seemed like okay people who were giving constructed criticism. There was just one critic who seemed to take delight in hurting Mr. Kennedy. I thought this one particular critic was portrayed as a mean spirited hostile jerk. Unfortunately there will always be people like this and we must be a little more thick skinned.

As mentioned before I am recommending this documentary as we all deal with unwanted negative criticism from time to time. It was enjoyable hearing some of the different characterizations of the heckler.

George Lucas was interviewed in this movie. He had a great quote. “There are two types of people in this world. There are creators and destroyers. I prefer to align myself with the creators because they bring something positive.” 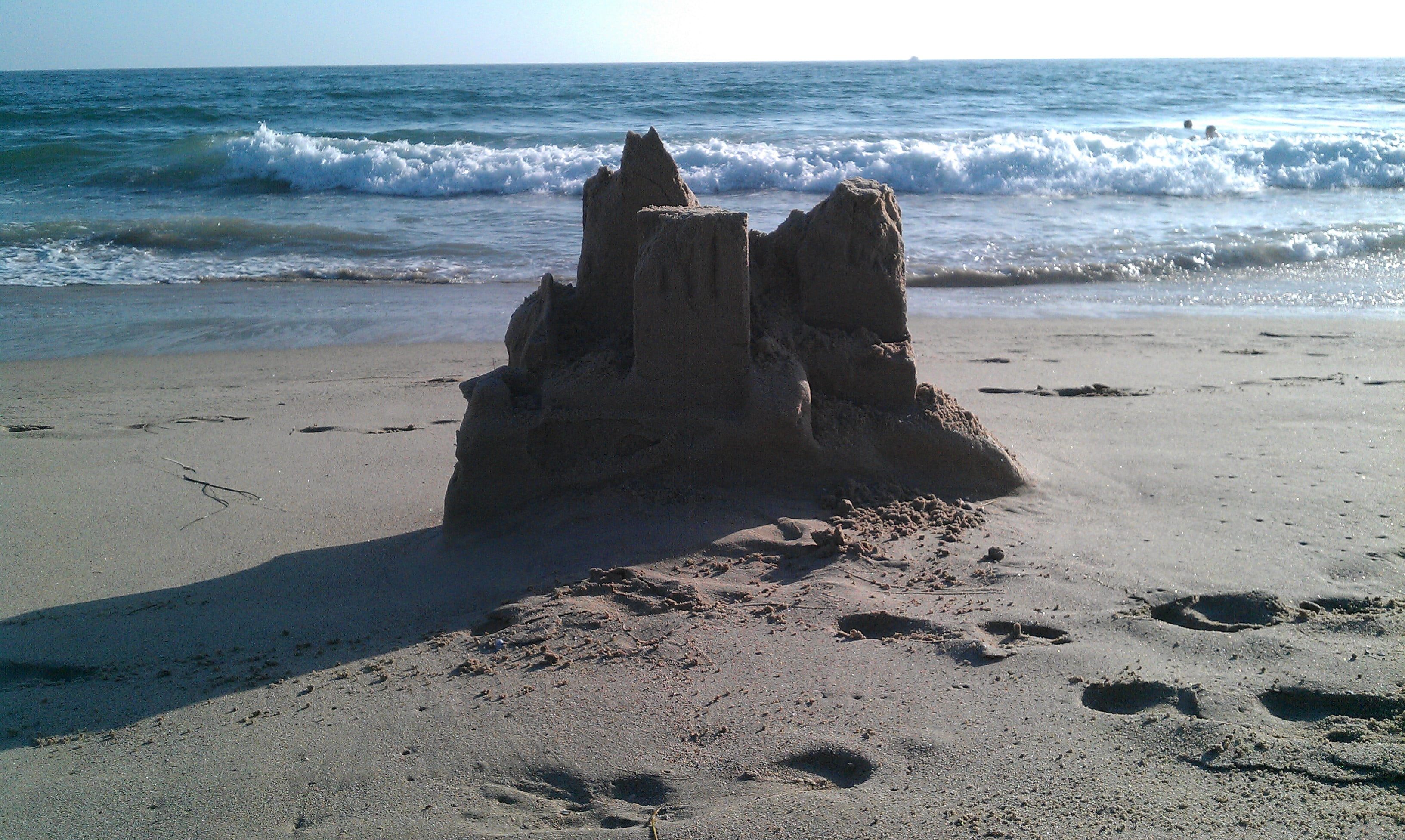 I wanted to include a summer of 2012 picture in this review. I think about sandcastles. I am not talented enough to make one but appreciate the skill. It is funny to me how quickly someone makes one another person will come around and destroy it. The sandcastle above was destroyed by some kids after I took this picture. They noticed I was admiring it.
Click here for the Netflix link in case you would like to add it to your queue. This one I watched through Netflix streaming. I am giving this one 3.6 stars.