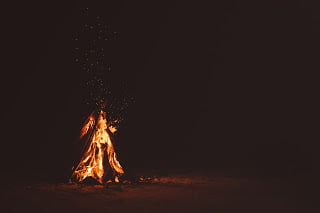 Uncover the source of your anger

Written by June Hunt on 17/04/2018
Series: Weekly Devotional
Tags: Anger, Fear, Hurt, Injustice, Frustration
Search me, O God, and know my heart! Try me and know my thoughts! And see if there be any grievous way in me, and lead me in the way everlasting.

Psalm 139:23-24
A rim fire ravaged a magnificent California National Park in 2013. This destructive fire seemed to be caused by a hunter who started an illegal fire that spread out of control. Imagine … this small fire that the hunter considered manageable burned over 250,000 acres!

Just a single flame in the wrong place and at the wrong time can quickly become a blazing inferno. Anger, hidden deep in the heart, can happen the same way. When hurt, injustice, fear or frustration smolder followed by the dry, hot winds of agitation, an angry inferno can quickly develop. If you find yourself losing your cool frequently, examine your heart to see if a deeper wound exists that gives rise to your anger. Fires of anger arise from four causes.

1. Hurt: Your heart is wounded.
Everyone has a God-given inner need for unconditional love. When you experience rejection or emotional pain of any kind, anger can become a protective wall keeping people, pain and hurt away. A biblical example of this is the sons of Jacob. Joseph was the father’s favorite — even making Joseph the famous “coat of many colors.” Feeling hurt and rejected by their father, the 10 older sons became angry and vindictive toward their younger brother. …  “But when his brothers saw that their father loved him more than all his brothers, they hated him and could not speak peacefully to him.” (Genesis 37:4).

2. Injustice: Your right is violated.
Everyone has a knowledge of right and wrong, fair and unfair, just and unjust. When you realize that an injustice has occurred to you or to others (especially to those you love), you may feel angry. If you hold on to the offense, unresolved anger can begin to take root in your heart. A biblical example of this is King Saul’s unjust treatment of David evoking Jonathan’s anger. Jonathan, son of Saul, overheard his own father pronounce a death sentence on his dear friend David. …  “Jonathan answered Saul his father, ‘Why should he be put to death? What has he done?’ But Saul hurled his spear at him to strike him. So Jonathan knew that his father was determined to put David to death. And Jonathan rose from the table in fierce anger …” (1 Samuel 20:32-34).

3. Fear: Your future is threatened.
Everyone is created with a God-given inner need for security. When you begin to worry, feel threatened or get angry because of a change in circumstances, you may be responding to fear. A fearful heart reveals a lack of trust in God’s perfect plan for your life. A biblical example of this is, again, King Saul. He became angry because of David’s many successes on the battlefield. (Read 1 Samuel 18:5-15, 28-29.) He was threatened by David’s popularity and feared he would lose his kingdom. …  “Saul was very angry … ‘They have ascribed to David ten thousands, and to me they have ascribed thousands’ … Saul was afraid of David because the LORD was with him but had departed from Saul.” (1 Samuel 18:8, 12).

4. Frustration: Your performance is not accepted.
Everyone has a God-given inner need for significance. When your efforts are thwarted or do not meet your own personal expectations, you sense of significance can be threatened. Frustration over unmet expectations for yourself or for others is a major source of anger. A biblical example of this Cain. Both Cain and Abel brought offerings to God, but Cain’s offering was unacceptable. Cain had chosen to offer what he himself wanted to give rather than what God said was right and acceptable. When Cain’s self-effort was rejected, his frustration led to anger, and his anger led to the murder of his own brother. … “In the course of time Cain brought to the LORD an offering of the fruit of the ground, and Abel also brought of the firstborn of his flock and of their fat portions. And the LORD had regard for Abel and his offering, but for Cain and his offering he had no regard. So Cain was very angry, and his face fell. … Cain spoke to Abel his brother. And when they were in the field, Cain rose up against his brother Abel and killed him” (Genesis 4:3-5, 8).

Probing into buried feelings from your past can be painful. Sometimes it might even feel easier to stay angry than to uncover the cause, turn loose of your “rights” and grow in maturity. Like a forest fire ignited by one small “controlled” hunter’s fire, a minor, unexpected disappointment or strain may flare an angry reaction that could devastate your life. Make every effort to discover the source of your anger and deal with it by releasing it to God in prayer with His grace and His help.

Pray this week:
Lord, thank You for loving me. Since You know everything, You know the strong sense of (hurt, injustice, fear, and frustration) I have felt about (name or situation). Right now, I release all of my anger to You. I trust You with my future and with me. In Jesus’ name. Amen.

Which of the four sources of anger resonates most with you and your experience of anger? How so? 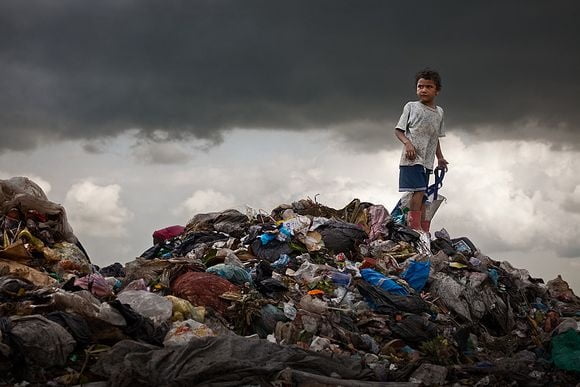 A number of years ago our group came together with a focus on developing ways of economically resolving the global epidemic of health risks facing society from its mounting waste. The result is Green fire Engineered Reclamation.

Green Fire Engineered Reclamation is an engineering company, made up of entrepreneurs, engineers, scientists and academic experts focused on the world's waste problem, initially the open landfills.

We pride ourselves on our ability as a collective group to integrate all appropriate technologies, Green Fire's as well as third party technologies. We integrate technologies to build the best possible solution for the landfill and the local community.

We are focused on landfill mining. With our technologies we are able to reclaim and re-purpose the landfill by removing the raw and useful materials from what has been rejected as waste, producing only inert material to be used for new purposes.

Here is the problem we are addressing.

Open Dumpsites are a global problem. There are approximately 350 recognized open dump sites globally. They receive roughly 40% of the world’s waste and they serve about 3.5 — 4 billion people. That's half of the world's population.

The 50 biggest dumpsites directly affect the daily lives of 64 million people, a population the size of France.

There have been and still are international calls for solutions to solve this escalating global health emergency. Green Fire has the solution.

What we do is process the waste through the “application of heat.”

Green Fire has a patented technology several years in development and with several million dollars invested.. It is now ready to be taken into useful production.

The Green Fire Technology is an efficient electrochemical system powered by electricity that produces an intense field of radiant energy, a plasma, that causes the breaking apart of the molecular bonds of solid, liquid and gaseous compounds of materials both hazardous and nonhazardous.

Our process is a two stage process.

The first transforms the organic (carbon-based) materials into an ultra-clean, synthetic gas, called syngas. The clean syngas is then converted into transportation fuels such as ethanol and diesel, or industrial products like hydrogen and methanol. The syngas is used as a substitute for natural gas for heating and is used for electrical generation.

After the first phase, the waste materials flow into a second closed chamber where they are superheated using an electricity — conducting gas called plasma.

In this secondary stage of the Green Fire process, inorganic (non-carbon-based) materials are transformed into environmentally inert raw materials.

That brings us to the recovered materials

The recovered materials are used with appropriate technologies that include 3D Printing for site specific manufacturing and fabrication. The ultimate focus is to create a local manufacturing business for the betterment of community commerce.

Green Fire provides the education and training to local qualified individuals and professionals. All education provided is supported by a mentoring program until a comfort level for independent operations has been reached at which point support and oversight will be minimizes to an as needed basis.

We build small low cost villages with our processes and materials. We provide designs to manufacture low cost housing for the local village.

Our villages are designed for a population range from 50 to 150 individuals, although some are smaller, and larger villages of up to 2,000 individuals can exist as networks of smaller sub-communities.

These villages are provided electricity, fuels and clean water utilities as well as training and communication systems from Green Fire operations.

Green Fire Villages are intentional villages whose goal is to become completely autonomous and more socially, economically and environmentally safe.

Who lives in these initial villages?

Most important inhabitants are the Landfill Pickers that already populate the landfill, then Green Fire staff and employees,and the additional community support personnel such as medical, and emergency staff.

It is the people of the village that provide the labor for Green Fire operations.

There are approximately 30 million people who directly survive on and make the landfill an integral part of their lifestyle. These people have formed and are a part of a global organization of Landfill Pickers. The Landfill Pickers are the initial target of Green Fire.

It is our mission to enhance the living standard of these people and the surrounding communities.

Green Fire is dedicated to the children living and existing on the landfills around the world. The humanitarian project Green Fire sponsors for this task is called the “Children of the Landfill” project. We are crowd funding and will introduce the campaign in a few days.

1. Landfill dumpsites are a significant health hazard in many locations around the world and influences about one half of the world's population

2. Green Fire builds a facility which with the use of our technology converts landfill dump site contents into useful by products

3. The output of the process has many potential uses, one of which is to use the material in a 3D printer to create pre-fab housing material which initially will be used to assemble self-sustaining housing for the workers at the landfill.

4. Other outputs are clean electricity, fuels and inert raw materials.