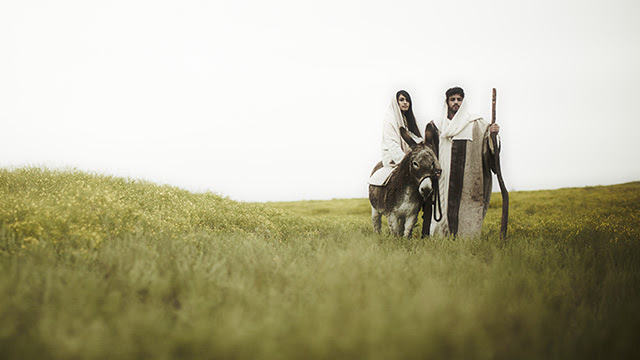 Joseph shows us how to react to surprising and difficult circumstances.

When Joseph woke from sleep, he did as the angel of the Lord commanded him: he took his wife, but knew her not until she had given birth to a son. And he called his name Jesus.

Considering the birth of Jesus, it’s an interesting exercise to put yourself in Joseph’s shoes. Think about it. As he is making preparations to marry his fiance, Mary, he learns that she has become pregnant even though they have not been together as man and wife.

What would your first reaction be? Rage? Sorrow? Disappointment? Shame? Any of these emotions would be certainly understandable. However, Joseph didn’t react like this at all!

Let’s look into what Joseph’s reaction was and how God was present, helping him all the way through one of the most difficult times in his life.

Purity was a huge deal in the Jewish culture of the day, so marrying a woman who had become pregnant out of wedlock was not something that was seen as acceptable. Because of this, when Joseph found out about Mary’s pregnancy, the Bible says he decided to quietly separate from her and move on with his life.

“And her husband Joseph, being a just man and unwilling to put her to shame, resolved to divorce her quietly.” (Matthew 1:19)

This act of grace alone shows that Joseph is a man of great integrity, because many young men in that culture would have put her to shame.

The power of faith

As the story continues, we see that Joseph has remained with Mary through her pregnancy, all while he contemplates what his next steps should be. Then he gets a visit from an angel of the Lord who tells Him that the baby was conceived by the Holy Spirit and commands him to stay with Mary and name her baby Jesus.

If this happened to you, what would you think? Would you say ‘Yes Lord!’ or would you be scared and doubt that what you heard was actually from God? I think most of us would doubt, but here’s how Joseph responded:

“When Joseph woke from sleep, he did as the angel of the Lord commanded him: he took his wife, but knew her not until she had given birth to a son. And he called his name Jesus.” (Matthew 1:24-25)

Extreme faith. That’s what it took for Joseph to listen to the angel of the Lord and believe that God was watching over him and directing his steps.

Joseph’s story shows us the power of faith and what can be accomplished if we simply believe. Will you believe what the Lord is telling you today about your difficult life circumstances?

Lord, thank you for showing me what it means to have complete faith in you, no matter how crazy the circumstances are around me. Help me to trust you like Joseph did and believe that you have the best for me. Amen.

When have you had a hard time trusting the Lord with a difficult circumstance in your life?