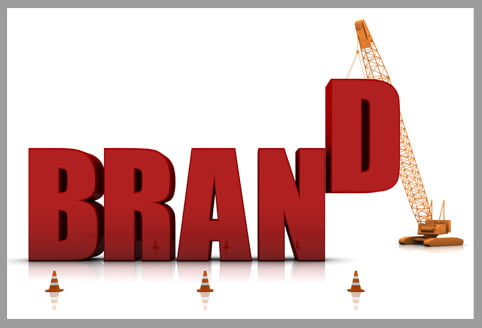 Race or more accurately, racism was a primary issue in the Donald Sterling and L.A. Clipper controversy; however, the most important business component at risk was both the NBA and L.A.  Clipper Brand.  Now, a brand is commonly perceived as a product, service or concept manifested in the form of a visual logo that represents a specific company.  Okay, a nice safe and tidy corporate definition; however, successful brands are intangible and represent emotions, qualities and stories that motivate consumers to join in partnership with a specific company that gives value to its consumers.  A brand that attract its customers by providing value and develops a trusting relationship then, the logo not only represents the company but, the corporate culture (ideals, ideologies & values) that is portrayed in media for the benefit of further expanding the brand to a larger consumer base.  “The NBA has been the poster child for diversity in American sports from the coaches on the sidelines, to the executive’s they hire and obviously to the players on the court”.  Now, 81% of the NBA players are people of color, ¾ of the NBA players are African-American and 27% of NBA coaches are African-American”.  Needless to say, NBA’s brand is about inclusion of all people and strives for parity in all levels of employment.

So, what happens when a well-known brand is compromised because of an act of self-destructive conduct within corporate management?  When large sums of revenue are at risk then, immediate emergency measures are implemented to save the cash and more importantly, salvage the reputation of the organization that was perceived to have committed an offense against its customer base.  Donald Sterling, former owner of the LA. Clippers knows all about committing corporate suicide due to a documented long-term history of racial bigotry against African Americans.  Unfortunately, Mr. Sterling failed to consider the economic and social impact his words would have on his employees, basketball fans and corporate sponsors who invested significant sums of money into the Clipper organization.  Let’s look at who invested and who threatened to bail if, Mr. Sterling wasn’t removed from the Clipper organization in real time.

Well, sponsors like Car Max, State Farm, Virgin America, Chumash Casino Resort, Lumber Liquidators, Yokohoma Tire Corporations, Corona, Constellation Brands, Kia Motors, Adidas, Mercedes-Benz, Red Bull, Burger King, Samsung and MGM Resorts and End Ties, all threatened to end ties, with both the Clippers and the NBA.  Clearly, they didn’t want to be associated with any entity that appeared to support racial bigotry.  With millennials and older adults being primary consumers of goods and services in both social media and professional sports it would be complete lunacy for sponsors to ostracize such a critical revenue stream.

Business is about relationship building and like anything of value takes considerable time and effort to develop; however, it only takes seconds or minutes to DESTROY.  Developing a trusting relationship with customers is the foundation of business's ability to achieve long-term success.  Now, if you consider Donald Sterling's 30-year plus ownership of the Clippers was essentially destroyed in under 9-minutes of secret audiotape (recorded by his mistress) and with the potential of collateral damage to his other businesses.  Additionally, future business opportunities were potentially compromised; hence, the true cost of this act of entrepreneurial-suicide remains unknown to the general public.

So, it remains clear that one's words have consequences and this is true in all aspects of life but, even more, when you’re the owner of a NBA franchise worth 1 billion dollars and the majority of your players were African-American. It is clear Mr. Sterling didn't respect certain people of different races/ethnicity but, why didn't he respect his brand?  Why risk it all?

Well, let's first review a definition to ensure everyone is on the same page, “Brand is the "name, term, design, symbol, or any other feature that identifies one seller's product distinct from those of other sellers."  Alright, that's clear so both NBA & L.A., Clippers are brands that represent the best in professional basketball, which appeals to millions of people who are willing to pay to be associated with such organizations because they provide value/service to their target market.

Unfortunately, Mr. Sterling FAILED to recognize the importance of valuing his target market and the formula for success that generated millions of dollars for his organization.  He took things for granted.  When you have success and you become reckless then, you become a liability to your company and those who rely on its production of products and services to the established consumer abuse.

Now, fortunately for both the NBA and LA Clipper organization, they never lost sight of the most important element of the Formula of Success and that is the fans.  Without the fans then, you have no business and keeping them interested in the basketball brand was paramount to everyone's success.

Like in both online and offline businesses the formula for success entails a system designed to produce new customers and create an income multiplier rather than just one-time customers but, a lifetime customer.  This is desired in all businesses; hence, to achieve this goal begins with respecting your BRAND.