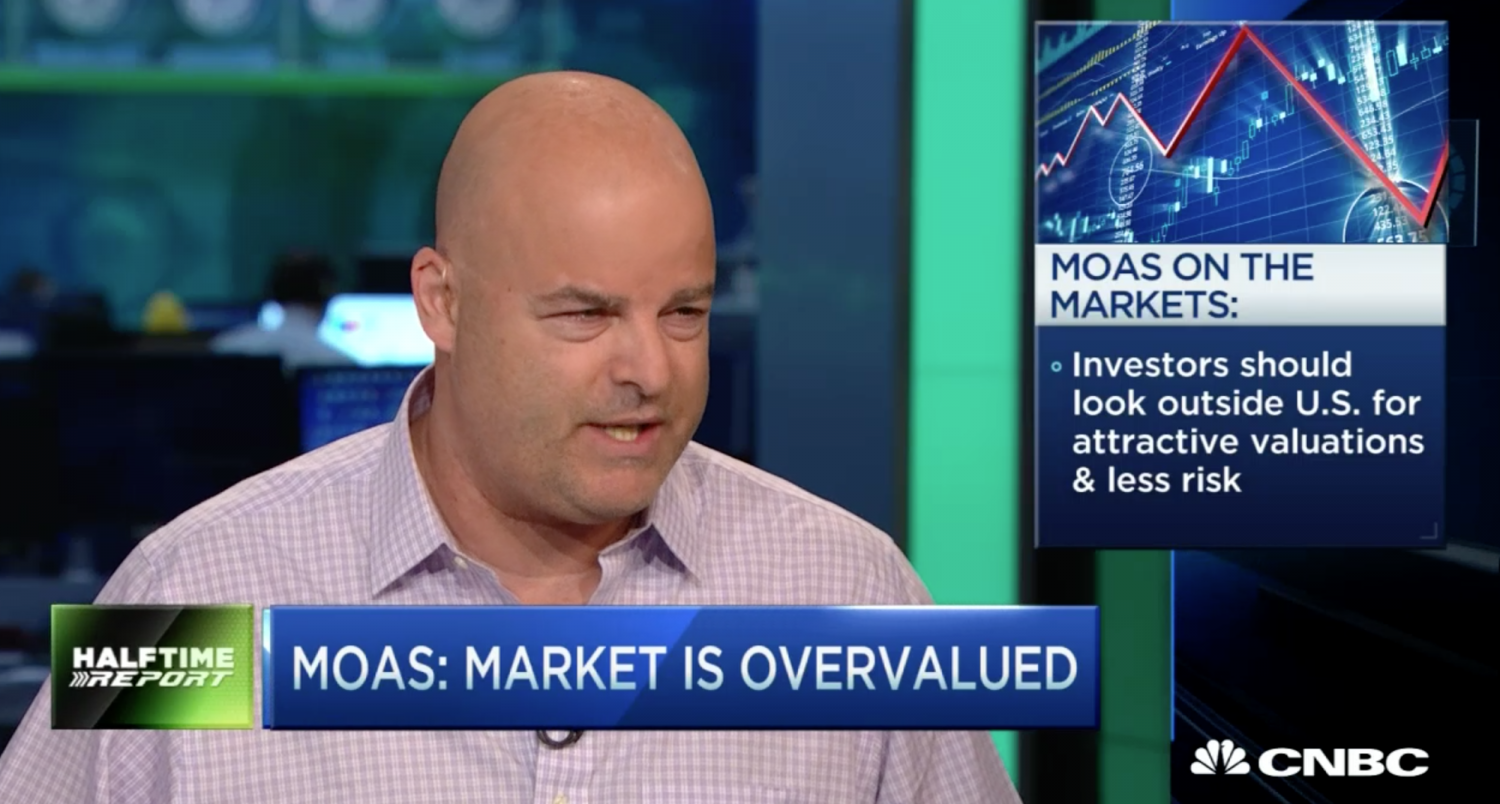 At a time when many are making short-term bets on the price of bitcoin and other cryptocurrencies, one bitcoin bull is going a step further. Ronnie Moas, founder of Standpoint Research, is making the case cryptocurrencies will not only be a decade-long trend, but a viable asset class.

In fact, he's going so far as to call for a massive rise in the market cap of cryptocurrencies. His prediction? The total value of all cryptographic assets, today valued at $150 billion, will soar to $2 trillion over the next 10 years.

And in a new interview, Moas walked CoinDesk through his forecast, explaining how it stems from his fundamental analysis of the capital markets and the broader macroeconomic trends he now sees in place.

The Standpoint founder's view stands in stark contrast to the highly bearish analysis of Peter Schiff, who called cryptocurrency a bubble, a speculative frenzy and a natural Ponzi scheme driven by "just plain greed" last week.

In the broadest sense, Moas sees the current state of the cryptocurrency market as a direct parallel to Silicon Valley during the 1990s, when a massive surge of innovation created new technologies that transformed the way we work and live and ushered in a period of massive wealth creation.

"I am not any more concerned with bitcoin being at a record high than Amazon or Google investors were concerned when those share prices jumped hundreds of percent and hit $100 and $200 many years ago. Today, both of those stocks are above $900. The question is not where we are at — it is where are we going? I do not think we are in a bubble."

How does Moas get to the $2 trillion market cap for cryptocurrency in his forecast?

He begins by looking at the $200 trillion that is currently invested in global capital markets today, including all major asset classes: cash, stocks, bonds and gold. Moas, who also does traditional equity analysis, begins his market breakdown with stocks, which he believes are currently overvalued.

According to Moas, three-quarters of the names in the S&P 500 are trading at least 18 times earnings, which is higher than his value threshold of 12 times earnings. He also adds that we haven't had a stock market correction in 20 months.

On the currency front, the U.S. dollar is currently losing 1 to 2 percent per year due to inflation. Moas also points out that the dollar has lost half its value since he was in high school 35 years ago.

From a global perspective, where most people don't have access to U.S. dollars, Moas believes the case for cryptocurrency is even more compelling:

"Now, imagine what they think of their own local currencies elsewhere in the world. Imagine you live in Venezuela and you're keeping your money under the mattress. Would you rather leave it there in Venezuelan bolivar or would you rather put it in bitcoin? It's not going to take you very long to make that decision."

Breaking his thesis down further, Moas believes that a conservative estimate is that at least 1 percent of the $200 trillion now tied up in stocks, cash, gold and bonds will migrate into cryptocurrencies over the next decade.

In that case, he says, "Bitcoin could end up with a market capitalization that is more than Amazon and Apple combined."

Under this scenario, that would mean that the current market capitalization of all cryptocurrencies would naturally grow.

And if Moas's market capitalization targets are correct, investors would then receive a 1,250 percent return on their cryptocurrency investments made today.

But he adds one major caveat to that prediction. Simply, "You've got to be in the right names."

Assuming you accept Moas's basic bull market thesis for cryptocurrencies, how do you know if you are invested in the right "names" in the cryptocurrency space? And, if the market boom in cryptocurrency is analogous to the roaring years of the 1990s tech boom, how can you avoid investing in the next Pets.com?

As Moas frames it:

"A lot of people say there is a bubble out there. I see a bubble when you get down below the top 50 cryptocurrencies. There are more than 800 names right now. In my view, what happens outside the top 50 is irrelevant."

Moas goes on to point out that 91 percent of the nearly $150 billion market cap is invested in the top 20 names and 70 percent is invested in bitcoin and ether alone.

He recommends, for the purposes of portfolio diversification, retail investors should hedge their bets and invest across the top 10 or 20 cryptocurrencies.

In Moas's view, the 800 cryptocurrencies that are now trading are analogous to the 800 stocks that were available on the Nasdaq at the height of the dot-com bubble nearly 20 years ago. While Amazon and Apple and Microsoft emerged to become among the most valuable companies of all time, there were many companies from that time period that died slow and painful deaths.

Or, as Moas more colorfully puts it: "Back then, there were hundreds of pump-and-dump, small-cap junk names just as there are in crypto today. Today, the crypto market is giving you the same signals with names like dash, ripple, litecoin, monero, bitcoin, ethereum, neo, nem, iota and others."

He went on to add that while there are certainly risks involved in investing in cryptocurrency, those risks are, in his view, outweighed by the possibility of 10-to-one or 20-to-one payout to the upside experienced by tech stocks.

Of all the major cryptocurrencies, though, Moas seems especially bullish in his view of bitcoin. Unless there is a major shakeup in the underlying confidence, he believes that investors are going to want to buy-and-hold for their portfolios for 10 years or more.

Moas points out that there are currently only about 16 million bitcoins that have been issued of a possible total 21 million coins that will be created.

In his analysis, this could lead to tens of millions of people trying to get their hands on just a few million coins.

When asked for a specific price target, Moas summed up as follows: