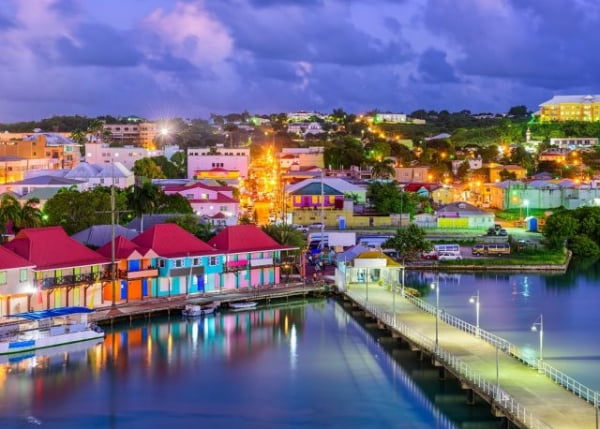 The government of Antigua and Barbuda is drafting laws “for the implementation of Bitcoin,” according to a local publication. The decision may have been influenced by online gambling mogul Calvin Ayre and even self-proclaimed “Bitcoin creator” Craig Wright.

The Cabinet of the twin-island country Antigua and Barbuda has instructed their Attorney General, Steadroy Benjamin, “to draft laws for the implementation of Bitcoin,” reports the Antigua Observer. Antigua and Barbuda is a Commonwealth nation located in the Caribbean Sea, east of Puerto Rico.

The move follows the Cabinet’s meeting with a group connected with the Antigua Leisure and Gaming Association on Wednesday, the publication describes, adding that Bitcoin was discussed as “a new method of transacting the sale of goods and services.”

At the post-Cabinet briefing on Thursday, the Minister of Trade and Consumer Affairs, EP Chet Greene said: “Here in Antigua & Barbuda we know we are always very much front and centre of new developments; we are leaders, trendsetters in the Caribbean.” He then explained his country’s interest in Bitcoin:

This new currency [bitcoin] is immutable; you can always go and trace transactions, so in the context of allegations of our country being involved in tax havens, it allows for better traceability.

Primarily a tourism-driven economy, Antigua and Barbuda has a few casinos on the island as well as a growing Internet gaming industry. Greene also said: “The currency benefits us in Antigua & Barbuda in respect to our Internet gaming sector. It will allow us the satisfaction needed as a jurisdiction in respect to questions that would be asked of us in the global environment,” the Antigua Observer wrote.

Last June, Reuters reported that the self-proclaimed “Bitcoin creator” Craig Wright had been building a large portfolio of Bitcoin and blockchain patents. Applications for more than 50 patents were filed in Britain through Antigua-registered EITC Holdings Ltd, with plans to apply for about 400 patents in total. Originally known as Ncrypt, EITC Holdings later rebranded as Nchain following its acquisition by Sicav plc.

The Antigua Observer’s article erroneously notes that the price of bitcoin “has increased in value several times since it was patented.” Bitcoin is open source and uses the MIT license for free software, therefore it cannot be patented.

Moreover, a document reviewed by Reuters reveals that, in 2015, Wright “planned to propose to the Antigua government that the island adopt bitcoin as its official currency.” His proposal for Antigua reads: “Bitcoin is not just a currency.[…] It’s a new backbone and commercial foundation for the internet.”

Wright also has the backing of Calvin Ayre, a wealthy Canadian entrepreneur who lives in Antigua. Ayre has been indicted in the U.S. on charges of running illegal online gambling operations, which he has denied. He began construction of a $25 million call center in Antigua in October, claiming “it was part of his vision for Bitcoin and online gaming,” Reuters reported and quoted Ayre saying:

I see a growing convergence of Bitcoin, online gaming, virtual reality and gamification technologies, and progressive countries like Antigua are poised to take advantage of this convergence by developing a truly global services industry.

While the government prepares to draft the laws concerning Bitcoin, Greene is encouraging the public to learn more about the cryptocurrency online, the Antigua Observer reports.