Ben Ainslie's Great Britain are out of the America's Cup after New Zealand earned a 5-2 semi-final win. 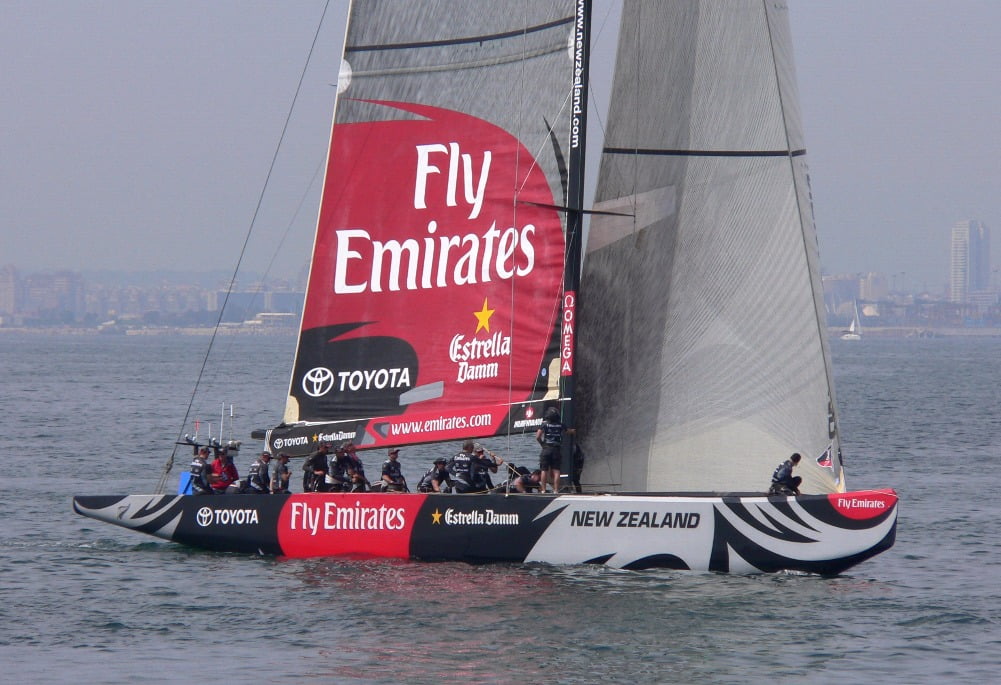 Leading 3-1 overnight in the best-of-nine contest, New Zealand won the first of Thursday's three scheduled races to take them to the brink.

And although Britain won the next race, New Zealand took the third.

"Three and a half years ago a few of us were sitting around a table in London — what we have we have achieved is incredible," said Ainslie.

"I was really proud of the way the team sailed today. We will be back next time and we will be stronger."

It was a victory to savour for New Zealand after their catamaran capsized during racing in high winds on Tuesday.

After Wednesday's races were postponed because of high winds, New Zealand made a strong comeback to go 4-1 up on Thursday.

Great Britain had a 26-second lead at the first mark before their opponents came back to secure a 31-second victory.

Britain managed to hang on with a near-perfect win in the next race after getting off to a strong start and, this time, maintaining their lead and matching their opponents for speed.

However, New Zealand's class shone through as they put Tuesday's troubles behind them.

"We struggled coming into this with a lack of speed but everyone has dug so deep to get us more competitive," added Ainslie.

The Kiwis will take on Sweden or Japan in the play-off final. Sweden need just one more win after a dramatic comeback.

They trailed Japan 3-1 at the start of the day but won all three races on Thursday to take a 4-3 lead.

There were hugs, tears and cheers as Great Britain sailed back into the dockyard for the final time. They were facing up to the realisation that this 21st British challenge for the 'Auld Mug' had gone the same way as the others.

Britain's wait to bring sport's oldest trophy home goes on for at least another two years. Amid the despondency, there was a positive message from Ben Ainslie.

The man on whom so much rested certainly isn't the type to hide. He strode up to BBC Sport to give his first interview, despite the obvious pain that this deeply personal challenge had failed only minutes before.

"We will be back," was the emphatic message. In reality, he had probably known this moment was coming for a while.

Since the high of winning the World Series pre-qualifying event, it's been evident that the British bid was behind its rivals. Boat speed and control was often cited as an issue; practice races hadn't been encouraging.

They were also inconsistent throughout this regatta. Ainslie had proved almost unbeatable in the starts, but too often their rivals would reel them in.

The Kiwis are the strongest challenger, and despite dropping one race to Great Britain on Thursday, they showed no outward scars after Tuesday's dramatic capsize.

The inquest will be thorough and probably painful for Britain, but Ainslie seems far from done with the America's Cup.

Holders Oracle Team USA await the winners of the challenger final in the America's Cup.

The America's Cup, the oldest competition in international sport, was first raced in 1851 around the Isle of Wight and has only been won by four nations.