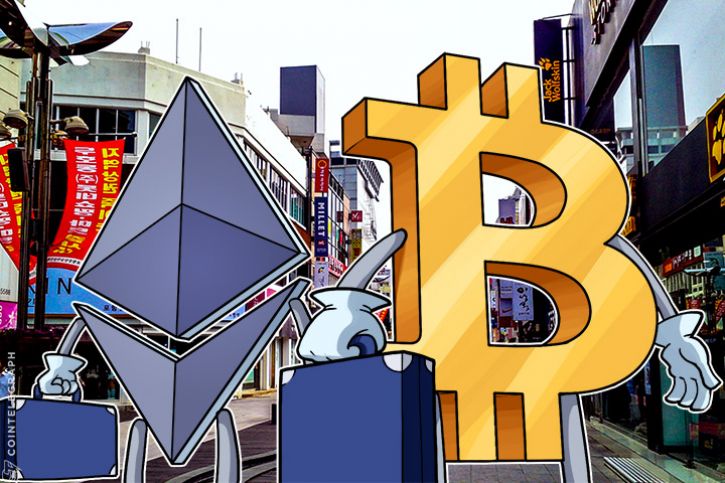 South Korea is becoming a Bitcoin and Ethereum powerhouse

in terms of trading volumes, liquidity and activity. Over the past few months, South Korea’s three largest digital currency exchanges Bithumb, Korbit and Coinone have added support for Ethereum traders by integrating Ether. In a relatively short period of time, South Korea has become the largest Ethereum exchange market with a $335 mln daily trading volume and 38 percent market share. In fact, the ETH/KRW pair processes more trades than the ETH/BTC pair, which used to account for over 50 percent of all Ethereum trading.

The largest Bitcoin exchange markets in the world

More importantly, because Bitcoin has become a conservative asset amongst other cryptocurrencies, investors in South Korea have started to look into altcoins such as Ethereum and Ripple that are supported by local exchanges. Most South Korean exchanges are funded by multi-billion dollar corporations within the country. Korbit, South Korea’s second-largest exchange, is invested by SK Telecom, the largest telecommunications company in the country. Therefore, when exchanges add support for cryptocurrencies such as Ethereum and Ripple, immediately, investors dive into altcoins. Particularly, investors that believe they missed Bitcoin’s rally invest in altcoins for large short and mid-term gains.

The demand toward Bitcoin has increased to the point where there always exists a huge arbitrage opportunity for overseas traders. Bitcoin is being traded in South Korea with a premium price of $2,800. That is a 21 percent premium over the global average price and other major markets such as the US. While it is still possible to purchase Bitcoin outside of South Korea with other options such as credit cards to avoid premium rates, it is difficult to trade large amounts of Bitcoin without being flagged by anti-money laundering systems. If the current growth rate of the South Korean Bitcoin and Ethereum exchange markets can be sustained over the next few months, South Korea could become a powerhouse for both the Bitcoin and Ethereum markets.