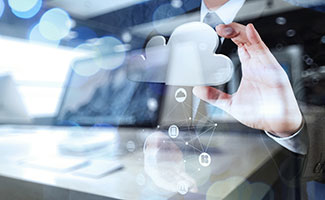 Should You Accept Cryptocurrency In Your Small Business?

Despite the controversy and challenges that occur — small-business owners are embracing cryptocurrencies, like bitcoin. The main reason, according to the more savvy entrepreneurial-types, is that by using the latest technology they can stand out from other businesses.

In years past U.S. merchants have had to pay over $78 billion in credit and debit card processing fees. Since cryptocurrencies are decentralized, meaning that they don’t require a bank to verify each transaction, you can eliminate those transaction fee which normally cost 2 percent up to 5 percent for each transaction.

In other words, it costs almost nothing for your customers to transfer funds to you. As for you — as a business owner — don’t have to share your hard-earned revenue with that third party financial institutions.

With cryptocurrency transactions, customers don’t have to share personal data when making purchases because they rely on a send-only protocol, meaning that counterfeiting and identity theft are decreased because there aren’t any number for hacker to steal.

Waiting for a funds to become available in your bank account isn’t just frustrating, it can negatively impact your cash flow. That’s not the case with cryptocurrency transactions. In most cases, these transactions occur in real-time because there aren’t multiple banks holding-up the payment process.

Even if it’s not that quick — funds are typically available in just a couple of minutes.

If your business exports goods and services, or purchases supplies or materials from other countries, then cryptocurrencies like bitcoin can help you get around those expensive foreign transaction fees, exchange rates, or currencies.

Since eCash, like bitcoin, is a global currency and it’s not tied to any single government or company. In other words, it ignores border restrictions. So as long as both parties accept bitcoin, you’re good to go.

No fraud, no chargebacks.

Cryptocurrencies are similar to cash, in that you either have it or you don’t and all transactions are final. This is because transactions are added to the blockchain via a complex system called mining.

This system verifies funds and makes it pretty much impossible to spend more than you own. Also, since both parties must approve the transaction, there aren’t any disputes to worry about it. This means that chargebacks don’t occur and are a thing of the past.

There are serious die-hard fans of cryptocurrencies. Having your customers already familiar with cryptocurrencies is a plus and can be a major assist for your business since they actively seek out businesses that accept digital currencies.

Of course, that’s a niche market. However, as a general rule of thumb, when you offer more payment options the more customers you’ll be able to attract. In fact, it’s been found that up to 28 percent of shopping cart abandonment is caused by the lack of a payment option a shopper prefers to use.

We’re moving away from paper.

Both cryptocurrencies and digital wallets are continuing to grow. In fact, both the blockchain and bitcoin had banner years in 2016. Bitcoin was the top currency in 2016 and is being valued at around $1,000.

It’s expected this trend will continue in 2017 and and began a high growth beyond 2017 as people become more familiar with this digital currency.

Instead of resisting this change, it would make more sense for your business to become an early adopter and embrace cryptocurrencies so that you can set yourself apart from your competitors.

While accepting cryptocurrencies can set you apart as an innovator and an early adopter of fintech. Cryptocurrencies are faster and cheaper than processing traditional payments, and are relatively secure.

If is not considered as stable, yet. Cryptocurrency isn’t as regulated as the price of eCash and it can fluctuate suddenly.

Limited scaling. The system is designed to only process so many transactions at this time. However, the fintech revolution is solving many of the issues surrounding the scaling.

Lack of applications. There aren’t as many applications to process virtual currencies as compared to apps that can process credit or debit cards. However, several companies are in the race to come up with the MVP app for cryptocurrencies.

Security. While identity theft and counterfeit can be greatly reduced with this type of system, there’s no system in place to prevent human error, technical glitches, or fiduciary fraud. (Of course, there never has been anything to stop those very same issues in traditional banking, either. Cryptocurrency still remains the most secure banking method as a result of the blockchain process.)

Makes planning more challenging. Since cryptocurrencies are decentralized, and 100 percent digital, it can make preparing financial statements, determining taxes, and figuring out your prices difficult.

If you do decide to start accepting cryptocurrencies after weighing the pros and cons, you can easily get started by using digital wallets like Due and Coinbase.

There’s also POS systems like XBTerminal that allows customers to pay from any mobile bitcoin wallet by using NFC or QR code.

This article was originally published on Due.com.