Reasons Why Bitcoin is
Outperforming Everything 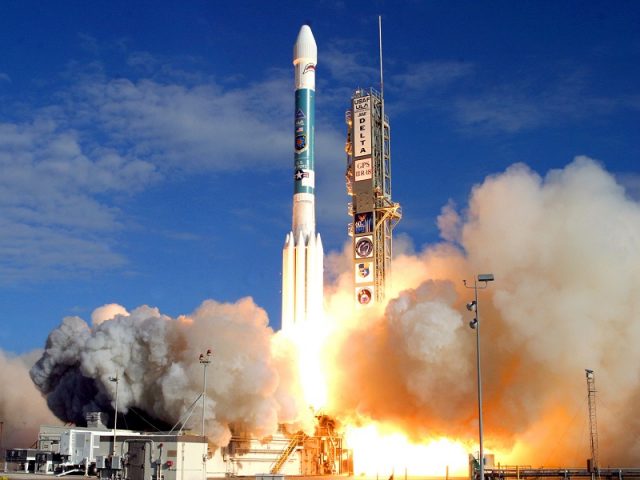 Favorable trade winds from the East are propelling Bitcoin’s price to new highs as the halving looms. There are numerous factors at play, however, that could create the perfect storm to test the all-time high. Let’s take a look at four major reasons why Bitcoin is outperforming other currencies and asset classes in what could be its breakout year.

Bitcoin was officially the top performing currency of 2015. At press time, BTC price is up over 50% against the US dollar since Jan. 1, 2016. Meanwhile, traditional investors are scratching their heads. A hawkish Fed one day, then dovish the next. Current economic data is mixed at best and headed toward another global recession at worst as all eyes are on “stock whisperer” Janet Yellen.

“Market players are pricing in just a 2% chance for a rate hike this week and 23% for July, according to CME Group’s FedWatch tool,” reports Investing.com. “September odds were at about 37%.” By contrast, one important feature of Bitcoin is its certainty. Not only is its total supply of 21 million bitcoins known and set in stone, but its block reward —the rate at which bitcoins are created — will be cut in half about 26 days from now. Presumably, pricing in odds of a Fed rate hike in a “casino gulag” economy is shaking investor confidence. Let’s also keep in mind that every fiat currency is not only uncapped but has failed throughout history.

It’s no secret economic trouble is brewing in China. Recent numbers show that a slowdown in private investment in May is overshadowing other, more upbeat economic data. This has resulted in a recent 3.2% drop in Shanghai shares. What’s worse is that European businesses are expressing “growing pessimism” about doing business In China, reports the IBTimes. 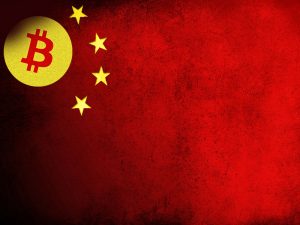 Specifically, a recent EU chamber report found that 57% of respondents felt foreign companies were “treated unfavorably compared to their domestic counterparts,” and 56 percent said that doing business getting more difficult. At the same time, China has a lot of so-called “hot” money “that has to go somewhere,” explains Huobi CMO, Du Jin.

Moreover, the halving scenario is already being felt as we move closer to July, according to the Beijing-based exchange. “Bitcoin supply is limited, the soon to come production halve is generating reactions in the market, which is reflected in the price variation,” explains Huobi CEO, Leon Li. “[…] China’s stock market crashed in late April, the performance of futures and bonds were also not good, which pushed investors to seek for other investment products, such as bitcoin.”

As the regulatory landscape becomes clearer and security improves, confidence in Bitcoin exchanges is being restored in the post-Mt. Gox world. “There is a strong trust in exchanges and platforms for purchasing Bitcoin, such as Bitstamp, which recently got EU regulatory approval,” writes Civic CEO, Vinny Lingham. As a result, interest in Bitcoin seems to also be crawling out of the trough of disillusionment. Hype is jumping from buzzword to buzzword: from Bitcoin to blockchain, from permissioned distributed ledgers, but ultimately back to Bitcoin. This is because, in time, more and more people will realize the superiority of the open blockchain, much like an open internet.

A continued increase in price also means more attention from traditional finance. Traders will not only find it increasingly hard to ignore such a performer, but also the clear frontrunner in the blockchain technology arms race. Incidentally, today’s sole Bitcoin exchange trusted fund (GBTC) is hitting new highs, boosting Bitcoin’s legitimacy in the process.

To boot, Goldman Sachs even admitted that Bitcoin is an “ideal vehicle” for public transactions while predicting that its blockchain technology could “disrupt everything.”

It’s a New Store of Value 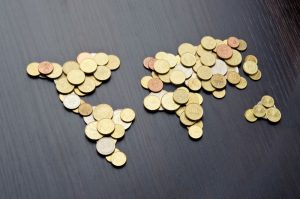 Bitcoin offers unprecedented mobility and security of funds for the user. Today’s financial system makes moving money and gold around the world slow, costly and inconvenient due to friction and capital controls. Not so with Bitcoin. Whether a few pennies’ or a million dollars’ worth, transfer fees are negligible while your funds are always with you on your device. In fact, it is reportedly becoming a new favorite method for wealthy Chinese to move capital out of the country and as a store of value similar to gold.

But unlike gold and traditional money, you can easily secure your funds without a need for a vault. To wit, your gold, cash, and even your bank accounts can be stolen, hacked or even confiscated on a whim by the authorities, even if you’ve done nothing wrong. Your bitcoin funds, on the other hand, will always be under your control if your secret passcode is protected. In fact, there are numerous ways to safely store your bits.

So why is Bitcoin outperforming everything along with its crypto counterparts such as Ether? Because they comprise a new niche that’s fostering real innovation in finance. It could soon add 4 billion unbanked individuals to the global economy as Bitcoin empowers every individual to be their own bank.

In the shorter term, however, the upshot of the soaring price is increased attention that will add a new wave of users and set the stage for mainstream adoption. Meanwhile, traditional investors will find it increasingly hard to ignore what Forbes calls a “new asset class,”  which is poised to outperform every fiat currency for the second year in a row.