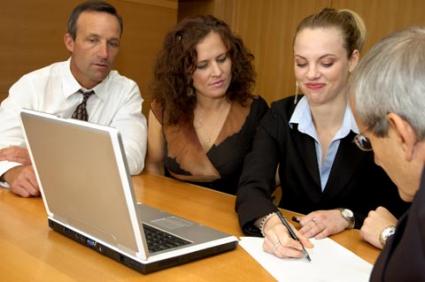 County Commissioners are asking the Industrial Development Board

to host public meetings to gather citizen input about the county’s industrial/business development future.Meeting Monday, the group postponed a vote on another motion setting a joint meeting on the same issue that would bring together Commission, IDB, the Jefferson County Chamber of Commerce, Economic Development Alliance, and others.The search for a way forward comes in the wake of a failed attempt by the IDB to interest Commission in purchasing industrial land in White Pine.

The motion for public meetings came from Commissioner David Seal, who has been calling for a “bottom-up” approach to industrial/business development. His motion, seconded by Commissioner John McGraw, asks the IDB to hold public meetings to gather input before proposing any other projects. Since projects have an impact on local quality of life and could be paid for by taxpayer funds, citizens “deserve to have direct input,” his resolution states.Commissioner David Gaut told the group that Chamber representatives have indicated they can also help facilitate “town hall” style meetings. Chairman Jimmy Carmichael said he will work with the IDB, Chamber, and EDA to help set them up.

Last month, the IDB’s proposal to spend $2 million for 216 acres in White Pine failed, with only a couple of Commissioners voting in favor. Residents in the area of the proposed commerce park opposed it, calling the proposal a gamble with taxpayer money that would be unlikely to pay off.The Board has been trying to find industrial land Commission will buy for over a decade. Back in 2011, they brought three parcels for consideration but were told to continue working. After that, an ambitious plan for an industrial “megasite the junction of Interstates 81 and 40 fell apart in the face of resident opposition.

The debate over the county’s industrial future continued during Monday’s regular Commission session. A vote on Commissioner Russell Turner’s plan for a joint work session was postponed until June on motions from Commissioners Terry Dockery and John Neal Scarlett. Turner said he believes such a meeting can provide a “frame of reference” along with public input sessions — but Dockery and others said they want public input first in the process.

Turner said he feels public input was included in the White Pine proposal from the beginning. The IDB and Town of White Pine hosted town hall meetings about it, and a White Pine survey in 2014 showed that 80 percent of citizens favor industrial development, he said, adding that the project received support from White Pine Council.

Commissioner Rita Musick said the survey involved city residents only – while the project was to occur partially on county land.Citizens continued to give their input on the industrial issue during the comment section of Monday’s meeting.David Nelson suggested that something is “out of sync” about the process when a project receives only a ten percent vote of Commission. He suggested a “walk before you run” approach using smaller tracts of land for business development.

Shonda Griffin, one of the White Pine residents who opposed the commerce park plan, said she is “thrilled” to hear officials welcoming citizen input and looking in other directions besides heavy industry. Ruth Gerard said she believes the town hall meetings should be held on all sides of the county. David Gerard told the group he believes greater scrutiny of its spending on the Economic Development Alliance is needed.

“Over $1 million has been spent over eight years, yet we have yet to see anything profitable come out of it,”
he said.

• Approved a rezoning request from John Hunt and Charlotte Lynn Morgan for property on Chestnut Hill Road. The zoning will change from A-1 (agricultural) to R-R (rural resort). The owners have plans for a marina and cabins on about 40 acres adjacent to Douglas Lake.

• Approved a resolution requesting the governor and state legislature to uphold an article of the state constitution which recognizes the only legal marital contract as between one man and one woman. The resolution passed 15-2, with Commissioners McGraw and Rob Blevins voting “no,” and Seal abstaining. The resolution was introduced by Commissioner Bob Beeler at the request of Greeneville attorney Jeff Cobble, who told the group last week that he believes the U.S. Supreme Court’s decision legalizing same-sex should be nullified.