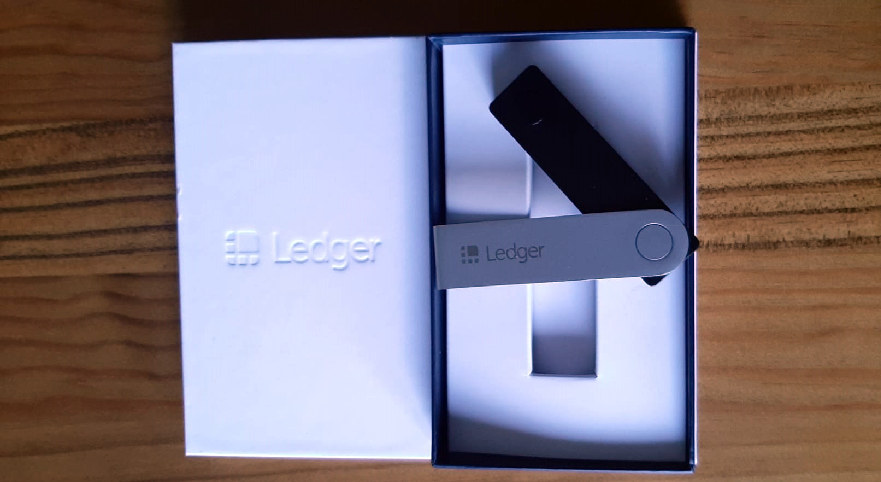 providers users an easy-to-use way to store their cryptocurrency securely offline that has several advantages over other cold storage methods. Our review of the Nano X shows that it is indeed an easy-to-use device packed with information that will help newcomers be their own bank, while attending to the needs of more experienced users who may want to, for example, diversify their portfolios or earn staking cryptoassets.

What Are Hardware Wallets

Before reviewing the hardware wallet, let’s first get into what a hardware wallet is, and the difference between a cold and a hot wallet. A cold wallet is one that isn’t connected to the internet and is, by default, more secure as this way the device isn’t vulnerable to typical hacking methods, which could include malware being injected, keyloggers, and so on.

A hot wallet, on the other hand, is a cryptocurrency wallet that’s connected to the internet — usually on the user’s mobile device or PC — and is used for everyday transactions. A good way to think of it is your cold wallet is like your bank account, while your hot wallet is the wallet you store cash to have at hand. A hardware wallet is a form of cold storage, just like a paper wallet, but with several advantages. A hardware wallet, like the Ledger Nano X, lets users control their funds easily through their interfaces and are easy to securely carry around. A paper wallet, while cheaper, is less secure as paper can easily erode or be thrown away by mistake, and isn’t the best option to carry around with you.

Ledger is a French cryptocurrency wallet manufacturer that, according to Crunchbase, has received over $85 million in funding from some of the world’s top investors, and has been operating since 2014. According to the company’s website, they have sold well over 1 million Ledger Nano S devices to clients in over 165 countries, and in 2018 it received a Startup of the Year award from global accountancy giant Ernst & Young for the Ile-de-France region.

Compared to the previous Ledger Nano S model, the X has a few extra features that will please users, starting with a larger screen that makes it easier to read what’s on it, and to not lose the device — even though it can be tied to your keychain. Among the improvements are support for Bluetooth. Users can connect their wallets to a mobile device to manage their cryptoassets via the Ledger Live application, allowing them to manage their portfolios on the go. Navigation has also been made easier with buttons on the front face of the device. The Nano X Ledger added more storage space for apps, and a built-in battery so it works without having to be connected to a computer. The new feature that likely stands out the most, however, is the support for hundreds of cryptoassets. According to the hardware wallet manufacturer, it’s possible to add 100 apps on the Ledger Nano X, which means a (very) diversified portfolio can be maintained in one single device.

What’s in the Box

Unboxing the Ledger Nano X is a premium experience, almost like unboxing a high-end smartphone. The unboxing experience appears to have been though-out and the box comes with pretty much everything you need to ensure you don’t lose your cryptocurrency holdings:

The Ledger Nano X is fairly easy to setup. Powering on the device we get some general information, with the Ledger itself asking us to go to Ledger.com/start to get some guidance on setting up the device. On that page, we have a step-by-step guide on how to set up our Ledger Nano X. The first step involves downloading the Ledger Live app — it’s important to note ere you should only download it from Ledger’s website. For this review, we’re downloading the Windows Ledger Live app, but the app is also available for Mac, Linux, iOS, and Android devices. After downloading it we have to choose a theme and are then asked whether we’re setting up a new device or recovering a wallet — which would be applicable if, for example, we were upgrading from a Ledger Nano S to a Ledger Nano X. Next, it’s time to choose our device to begin the setup process. After choosing the Nano X, we’re given a few steps to start the configuration. We need to use the provided cable to connect the Ledger to our laptop to start configuring it.

The first thing we’re asked for is a PIN. The PIN will ensure we’re the only ones who can access our device, so make you remember the PIN you set. If you forget it, you may have to reset the device to then import the wallet via the seed phrase. Now it’s part to write down the seed phrase. We’re provided with a place to write them down from the box, so all we need to do is find a pen and go through it. After writing it down, we have to confirm all 24 words by order which may be a bit cumbersome, but the recovery phrase is extremely important so it’s understandable why Ledger would insist on this. Finally, a security check to ensure the device is genuine, that we chose our PIN ourselves, and that we wrote down the seed ourselves. After these checks we can — if we want to — set up a password so only we can access the Ledger Live app.

After going through these steps, the Ledger wallet is ready to use. The next step is to install apps for the cryptocurrencies we want to secure offline. The one we’re using in this example is Bitcoin (BTC). After installing it we need to add an account. Next, we’re given an overview of our wallet: we can now send and receive funds. Monitoring our portfolio is easy: we just need to add funds to the address belonging to our account or use the Ledger Live app to look at how much we’ve got. To move funds, the physical device needs to be connected to the device, as a security precaution. From the Ledger Live application, it’s also possible to buy cryptocurrency via various partners — including ShapeShift, Simplex, and others.

Pairing the Nano X With a Smartphone

We could have initially paired the device with our smartphone directly, in a way similar to the one shown above. Since we’re already connected to our desktop device, all I have to do is go on my Ledger Live application and export the account. The application shows us how to do this, and we’ll essentially only have to scan a QR code. That’s it — we can now manage our portfolio on the go via the Ledger Live application, available for both Android and iOS devices. After importing the existing account, we just have to set up a password for the Lever Live app. If your smartphone has a fingerprint sensor, you may unlock it that way.

The Ledger Nano X, as seen above, can support over 100 cryptoassets including the top cryptocurrencies like BTC, BCH, ETH, XRP, and LTC. IT also supports bitcoin forks like bitcoin gold, and ether forks like ethereum classic. Popular privacy-centric cryptocurrencies like Zcash (ZEC) and DASH are also supported. Most of the popular ERC-20 tokens — mainly those issued via initial coin offerings — may need additional software connected to the Ledger device to work, Proof-of-Stake cryptocurrencies like Tezos (XTZ) and TRON (TRX) support staking, so users can safeguard their funds while securing their networks. A quick look at Ledger’s page of supported cryptoassets will let you easily see whether you will need additional software or not.

The new Ledger Nano X will set you back €119 ($129) with VAT included. The older Nano S goes for €59 ($64) and the added cost is essentially making up for the larger screen, the larger capacity, and the built-in battery as well as the Bluetooth support. If you’re looking to get a Ledger backup, you can purchase the Nano X and a Nano S for a total of €149 ($162) to make sure your cryptoassets are always secure.

Conclusion — Is the Nano X Worth It?

At the end of all this, we have to ask ourselves whether the Nano X is worth its price. In my opinion yes — Bluetooth connectivity is a great quality of life improvement and Ledger has made the device rather easy to use, even if you don’t really know much about crypto you just have to follow the instructions. While there are alternatives to hardware wallets — such as paper wallets or metal wallets — being able to easily control your funds from an application, even though they’re safely stored offline, makes it easier to own cryptoassets.

To save up — stack sats — all we need to do is get our address from the app and send the funds there, and wait for confirmations for the funds to appear there. With paper or metal wallets, we’d have to scan the blockchain online, and potentially expose ourselves. It’s hard to say whether the Ledger device helps with the mainstream adoption of cryptocurrencies as it’s hard to explain to someone used to storing their funds at a bank they need a device to be their own bank. It does, however, make a great case for self-custody in the crypto space. The Ledger Nano X is available on Ledger’s website. We advised you against buying it on any non-official platform else as scammers may compromise devices and then re-sell them to steal your cryptoassets.