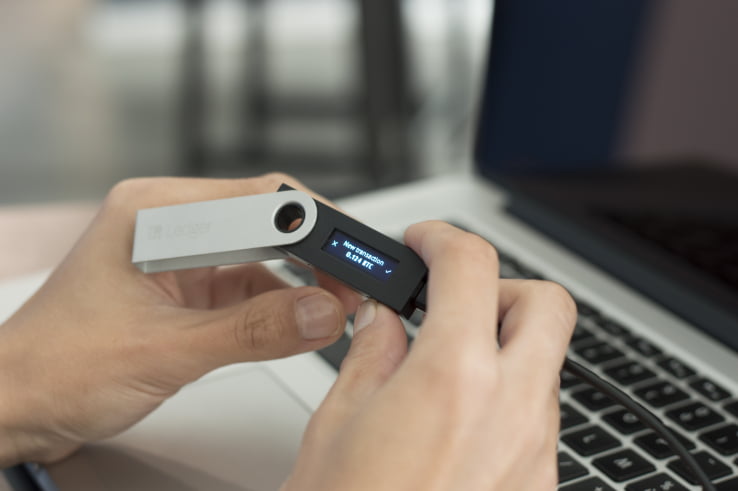 If your following CryptoCurrencies

If you’ve been following cryptocurrencies for a while, you know that you shouldn’t trust bitcoin and ethereum startups that centralize everything. There have been many hacks, there will be more hacks. And you don’t want to trust some startup’s security team when you can do it yourself. Sure, you can run your own bitcoin wallet on your computer. But hackers could still access your computer and your bitcoin wallet, so it’s still a point of failure.

Ledger makes hardware wallets for multiple currencies. These tiny devices have a secure element. You might not even realize it, but your smartphone also has a secure element to handle fingerprint readers or NFC payments, such as Apple Pay or Android Pay.

Ledger runs some tasks directly on the secure element, making it much more secure than running an app on your phone or your computer exclusively. This way, you can easily protect your bitcoins without a lot of security knowledge. Nobody can access the private keys on the device. And the device constantly checks the integrity of the firmware.

The company also makes sure that nobody can compromise the device during the manufacturing process. “When we manufacture the devices, all chips receive a Ledger certificate,” co-founder and CEO Eric Larchevêque told me. “When the device boots up, the computer sends a security challenge and the device answers.”

The company also makes a high-end device with a built-in touch screen called the Ledger Blue. The Ledger Nano S costs around €70 while the Blue costs €275. Ledger has sold more than 50,000 wallets so far, and the last few months have beat the company’s expectations by a wide margin. But cryptocurrency wallets are just the first step.

By running a secure operating system on a secure element, there are other potential applications. For instance, Ledger could sell chips so that companies working in sensitive industries can make sure their servers weren’t compromised. You can imagine hedge funds and financial institutions using Ledger products. Energy suppliers could also use Ledger’s technology to make sure that the consumption level is legit. That’s why the company is raising money to go beyond hardware wallets and find those industrial clients.