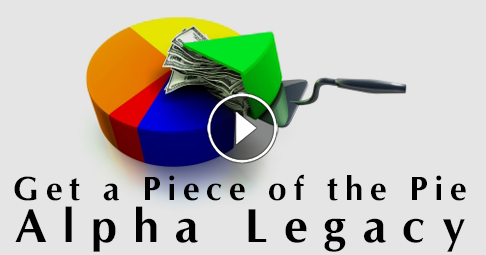 Get a Piece of the Pie

Markethive is the new Market Network.

You all know what a Social Network is and we can probably identify is MySpace but in reality 6th degrees gets the distinction as the official Social Network established in  1997 (to be noted Veretekk, a social networked automated marketing platform started in 1996). With that said, the burgeoning Social Network revolution really gained steamed as Facebook and Twitter took the field and dominated the market in 2006.

Poor Myspace launched around the year 2000, but the marketing and shear investment brought Facebook to prominence crushing poor underfunded MySpace in the process. We do not want that to happen with Markethive. We are the David and we will be facing Goliaths as we move forward.

As it stands right now, we are ready to fully launch and need the capital to do the launch right and BIG! We have been pursuing venture and angel capital for several months now. Getting pretty close. But something amazing happened yesterday…..

Venture capital started pursuing us. Yes, the word is out because of the power of Markethive’s blog platform and reach, we were contacted yesterday by a capitalist who saw our broadcasts and began seeking us. And now we are in negotiations with them.

This may or may not be the final bell, before Markethive funds millions and starts the launch procedure to begin the ascension to top Market Network.

It may or may not be your last chance to hitch a ride for practically nothing. I know, $500 is a lot for people who have limited resources. But let us play the what if game OK?

LinkedIn posted 2.9 billion in revenue in 2015. That is right Two Billion 900 million in cash revenue. Markethive has all the potential to achieve that and even more. I have always believed this to be the case.

Every year and growing, would that make a difference in your life? And the BOD contributors that paid $4800 for 1 share of 100 will share 20% of this potential revenue. Looks like we night be cruising toward creating 350 millionaires, doesn’t it?

BTW: There are about 10 of those 100 BOD shares still available.

Exciting times Markethive is entering. See you at the meetings.

The Alpha Legacies are limited and will be gone within a few weeks.
https://markethive.com/specials