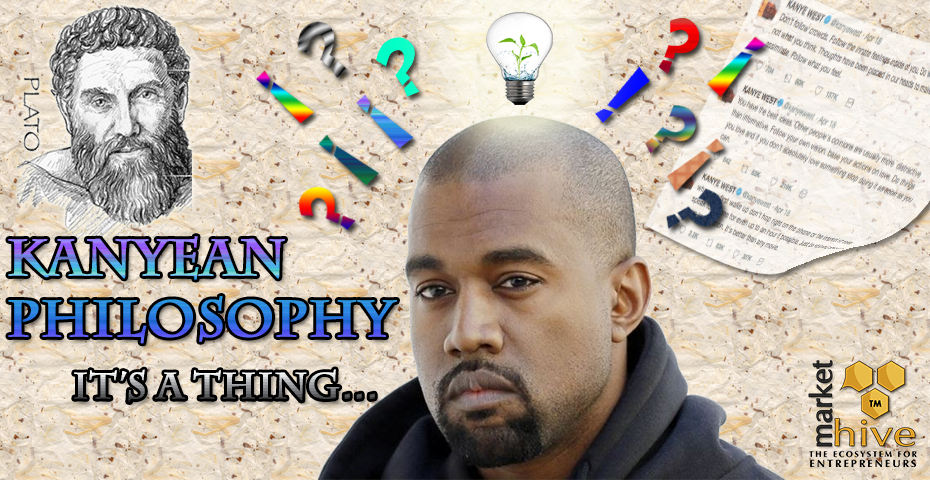 Kanye West definitely has a way with words. But instead of rapping them as lyrics to a song, he now puts his thoughts down as inspirational quotes on his channel on Twitter. A series of clever remarks and truisms that is an expression of how he feels also noting that this is his book he is writing in real-time…

“Oh, by the way, this is my book I’m writing in real-time. No publisher is going to tell me what to put where or how many pages to write. This is not a financial opportunity, this is an innate need to be expressive.”

West's lyrical proclamations have included such gems as "reach for the stars, so if you fall you land on a cloud" and "hurry up with my damn croissants!".

But how does he shape up as a philosopher? Can he legitimately be ranked alongside Nietzsche, Descartes, and Kant?

BBC Music reporter Mark Savage wanted an expert to scrutinize the star's tweets.
While one replied that they "wouldn't know how to assess them taken as philosophy", Dr. Lauren Ware, a lecturer at the University of Kent, who specializes in the philosophy of emotion was up for the challenge.

Here's what Dr. Ware made of the Kanyean school of philosophy. 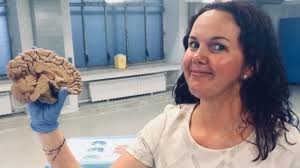 "Truth is my goal. Controversy is my gym. I'll do a hundred reps of controversy for a 6 pack of truth."

Kanye identifies here his philosophical methodology: the arrival at truth through controversy.
Philosophy as the pursuit of truth, the love of wisdom, is well-known, but Kanye's embrace of controversy marks him out as genuinely engaging in philosophical practice.

Dr. Ware teaches a module at Kent called "Philosophical Reading and Writing", and when students struggle to come up with material for their essays, she tells them to find the controversy, find a problem, turn that into a question, and then your answer to that question is your thesis statement.

Philosophy starts with controversy, training, and exercise in identifying and dealing with it charitably is a great way to flex your philosophical muscles.

"Cars have four wheels. Hoodies have hoods. It's amusing to me when someone says this is an original hoodie. Bro… it's a hoodie."

Here we get into the solid metaphysical commitments of Kanyean philosophy. Metaphysics is the branch of philosophy that asks questions about reality and existence: What does it mean to be real? Do dreams exist? What makes a hoodie a hoodie and not a car?

What Kanye is doing here is laying down what is called in philosophy the "necessary and sufficient conditions" for being a hoodie. You can't be a hoodie without a hood, so hoods are necessary for hoodie-hood. But it remains to be seen in his theory whether hoods are sufficient for hoodie-hood.

Do hoods alone a hoodie make? 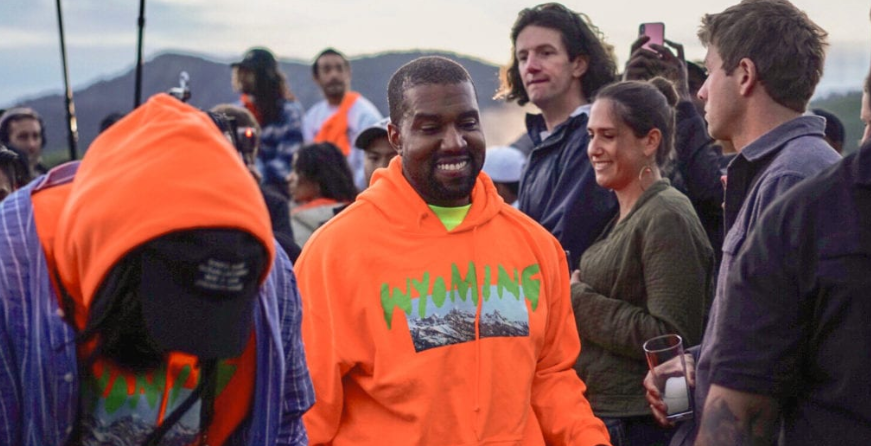 "I don't believe in the concept of an enemy. We have been conditioned to always be in competition. Stop looking for something to beat and just be. You don't have to do all the work. Once you start moving in love the universe will assist you."

Here's a concept that definitely does not exist in the Yeezian universe: the enemy.
What does it mean for a concept to cease to exist? If everyone followed Kanye and stopped believing in enemies, do they disappear?

We're getting to the heart of Kanye's metaphysics here, and it bears an astonishing connection to that of the ancient Greek philosopher, Plato.

Responding to Kanye, Plato would say concepts aren't dependent on anyone believing in them to exist. But he did say in his dialogue, The Symposium, that it's through love that we come to understand concepts. Part of what it is to love something is to be curious about it, to want to understand it.

Perhaps it is through the love of our enemies that the universe will assist us in understanding what they truly are?

"Stop playing chess with life. Make decisions based on love, not fear."

One of the prominent themes running through the early aphorisms of Kanye's book is a tension between fear and love.

The philosophy of emotions is a vibrant sub-branch of philosophy, aiming to articulate the nature and value of emotions: what are emotions? What can they do? When can they help or hinder us? Emotions are a hot topic, and Kanye is bang on trend philosophically here.

Now, there exists a persistent cultural script that reason and emotion are at odds with each other — that emotions are fundamentally irrational or counter to reason. We can see this reflected in some of Kanye's work, for example…

"Don't follow crowds. Follow the innate feelings inside of you. Do what you feel not what you think. Thoughts have been placed in our heads to make everyone assimilate. Follow what you feel."

However, the emotion vs. reason script is by now pretty much established as a false dichotomy in philosophy. Why? Because there's a difference between something being a-rational and it being irrational.

My fear can certainly be irrational: for example, when I'm afraid for no good reason, or more afraid of an object than it is worth. But that's not because fear is an emotion. Rather, it's because, as R.A. Duff argues, "our rational grasp of the world is so often… fallible; after all, our beliefs can also be irrational, when they are not properly grounded in or proportional to the relevant evidence".

We can, therefore, understand emotions to be perfectly rational when they are appropriately grounded in reality: when the beliefs that form part of the emotion are true. 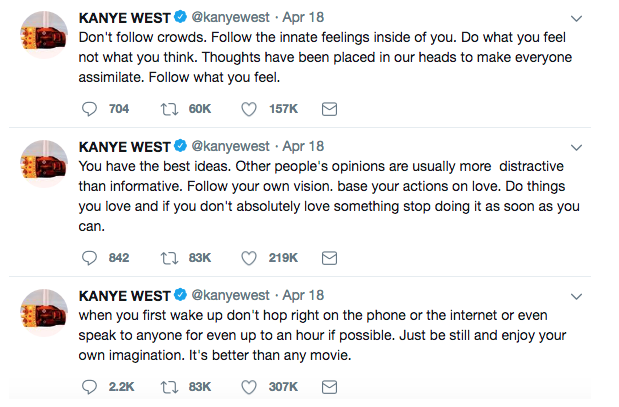 "Everything means nothing until you make it something. You are your validator."

No other tweet aphorism better demonstrates the existentialism at the core of Kanye's book. Existentialist philosophers like Simone de Beauvoir championed the view that we ourselves give meaning and purpose to our life in the very act of living it. We craft our own existence, by living authentically.

We can identify Kanye's existentialism reflected in his theme of authenticity. Our purpose — or validation, as Kanye calls it — comes only from this self-creative act of making ourselves through our lives and projects. 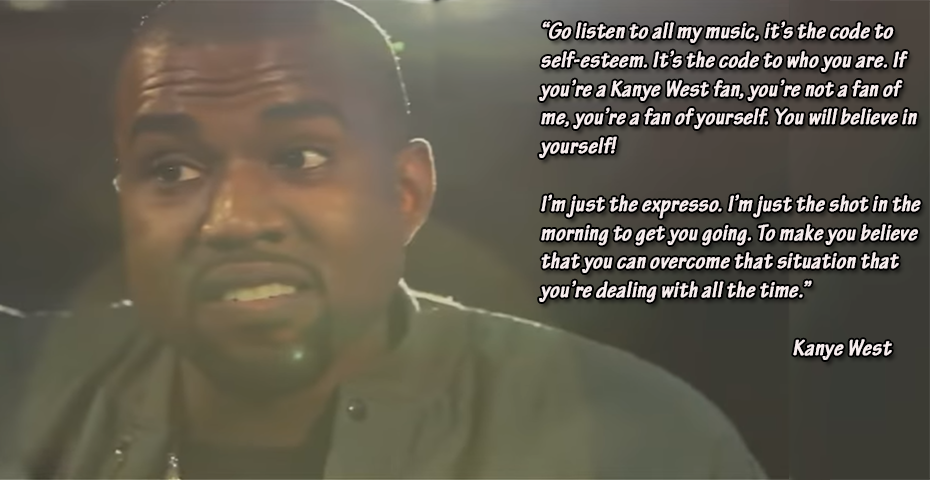 Much overlooked in the early reception of Kanye's philosophical debut was what appeared on the surface to be a rather blunt announcement that these tweets are, in fact, his anticipated book.

"Oh, by the way, this is my book that I'm writing in real-time."

An existentialist interpretation reveals this as a call to authenticity. Perhaps Kanye's message to his followers is that this is how we should all be living, with the Kanyean existentialist motto: Oh, by the way, this is my life that I'm writing in real-time.

The rapper reminds creatives not to trade their "authenticity for approval" as he publishes his book straight to social media. 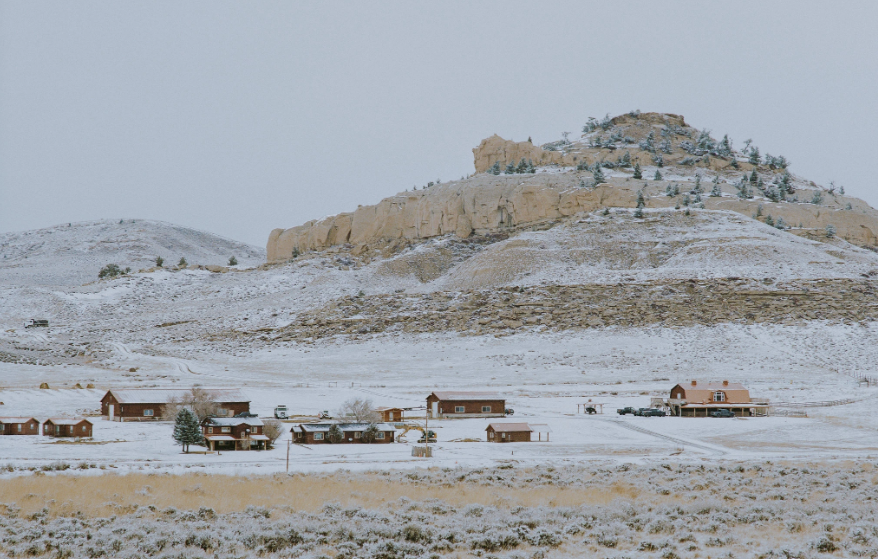 West At Home In The West

West has found solace in his home in Wyoming allowing his creativity and truisms to flourish. What better way to get in touch with oneself than to be surrounded by nature at its best all in the name of Jesus with the aim to reach as many people as possible.

Reportedly,  the community of Cody, Wyoming, for the most part, has accepted the new Kanye West not just for his celebrity status and the economic and tourism growth he can bring but as a wholesome citizen and neighbor.

Kanye’s team was spotted cleaning up roadside trash, a win in any community. “We notice those little things,” said Tina Hoebelheinrich, the executive director of the Cody Chamber of Commerce. She said that actions like these mattered far more to the town than Kanye’s celebrity.

West still continues to win Cody over when he rented the auditorium of Cody High School to rehearse his debut opera, “Nebuchadnezzar”. Kanye was very willing to let the high school students watch the rehearsal. One young student was invited to play in the orchestra when it was realized an extra saxophonist was needed. She told Cowboy State Daily News that the experience was life-changing. “They just really just like opened my eyes to want I want to do”

West’s opera, “Nebuchadnezzar,” was performed Nov. 24, 2019, at the Hollywood Bowl after rehearsals by dancers and musicians at Cody High School on Nov. 21.

The opera tells the story of an ancient Babylonian king and his transition from wicked, imperious, self-declared ruler to a true believer who finds salvation in his faith. Kanye West likens himself to the King of Babylon, Nebuchadnezzar who worshipped earthly gods at one point in his life, documented in the Book Of Daniel. He was absolved of his sins and given eternal life once he realized the power of the one and only true GOD.

It would seem this opera is his way of spreading the message, of letting people know you can falter, you can fall over, and it’s okay to get back up and continue moving forward. That you can have the audacity to recover.

Adapted from the original article https://www.bbc.com/news/entertainment-arts-43836275