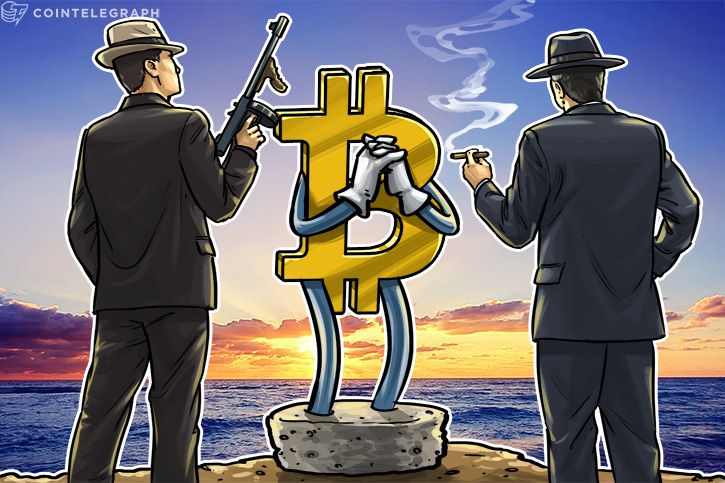 Is Darknet Done With Bitcoin?

A new study by Recorded Future has found that Bitcoin is losing its position as the number one currency on the Darknet markets. The Internet tech company analyzed 150 of the most active message boards, marketplaces, and illicit service providers and noticed that the Darknet communities sentiments toward Bitcoin have taken a turn.

The Darknet is an Internet that uses non-standard communication protocols and ports to make it a bit more difficult for the digital identities of users to be revealed. The Darknet requires users to run a special software, the most popular being TOR. to connect to the Internet. One of the main purposes of using the Darknet is to make the information provider and the person accessing the information difficult to trace. Because of this privacy feature, the Darknet has become famous for its Darknet markets like Silk Road that allowed users to effectively exchange anything, legal or illegal over an Amazon-like marketplace. The anonymous Internet is said to attract criminals and those interested in black market activities as well.

In mid-2016, Recorded Future noticed that the 150 entities they were analyzing were all expressing concerns regarding the functionality, usability and security of Bitcoin in the Darknet economy. Although it was a relatively mild increase compared to the increase in interest in Bitcoin in the latter half of 2017, the Bitcoin network was beginning to become overloaded with traffic which resulted in higher transaction fees for those using the Darknet markets. On Dec. 23, 2017 transaction fees were $52.18.

Recorded Future found that the average transaction size on the Darknet is $50-$300. If an individual tried to transact on Dec. 23, 2017 — it could have been the case that the transaction fee was more costly than the amount being transacted. One member of a Darknet message board posted this on the forum he uses:

“What's happening at the moment is incomprehensible. Despite that I've used the recommended commission fees, my transactions have remained pending for the past three days, and my work has been paralyzed. Dear vendors, please implement alternative payment options; otherwise, I will miss out on this Christmas season.”

The backlogged queue on the Bitcoin network was making it difficult for some individuals in the underworld to conduct their business. This users transaction was logged so far back in the queue that it took several days for it to become verified. To combat double-spending attacks, most vendors on the Darknet adopted a rule requiring three confirmations before treating transactions as complete. Because a transaction cannot be complete until the payment has been confirmed, this user was effectively frozen out of conducting his “business.”

Back in 2016, economist Tuur Demeester was in the process of researching the Darknet markets. Demeester turned to r/DarkNetMarkets to see if the community could provide him with the statistics he was looking for: what percentage of trades on the Darknet was conducted with BTC? Was DarkCoin used and how often? How many Bitcoins were spent on the Darknet on a daily/monthly/yearly basis? But Demeester was not met with any useful answers from the community.

Prior to Demeester's endeavor, The Digital Citizens Alliance released a table with statistics about the number of drug listings on the Darknet markets in August 2014, but this table provided no information regarded prices, trade volumes and preferred payment methods.

Furthermore, Nicolas Cristin, an associate research professor in the School of Computer Science and in Engineering and Public Policy at Carnegie Mellon University (CMU) together with Kyle Soska, a Ph.D. candidate in CMU’s school of electrical and computer engineering back in 2013, conducted a study from 2013-2015 to get a handle on the Darknet market economy.

When the Silk Road was shut down in October 2013, Cristin and Soska noticed that the take-down spawned the development of anonymous online marketplaces, which continue to evolve to this day. Cristin and Soska used long-term measurement analysis on 16 different marketplaces for over two years (2013– 2015) to calculate the growth of the online anonymous marketplace ecosystem. Their research documented the types of goods being sold, the effect — or lack — of adversarial events, such as law enforcement operations and large-scale frauds, on the overall size of the economy. The two also gained insights into how vendors are diversifying and replicating across marketplaces, and how vendor security practices (e.g., PGP adoption) are evolving.

Recorded Futures study concluded by stating that the efforts that vendors are taking to diversify acceptable payment methods on the Darknet markets will continue. Although payment methods like Litecoin and Dash are becoming more popular, Recorded Future still expects Bitcoin to have a place in the Darknet economy- just a much smaller market share than it currently has. Recorded future also warns that with increased popularity in digital currencies will come an increase in malicious tools like ransomware that will try to take advantage of the mainstream trends in cryptocurrency.