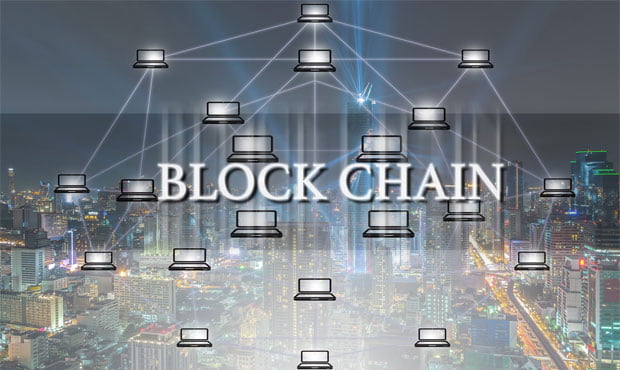 Is your management team asking about the future

of your contact center technology & strategy? This webinar will show you how to avoid pitfalls when replacing infrastructure, as well as how to create an effective migration plan. Except for those folks living under rocks (sounds uncomfortable), everyone knows about or at least has heard of bitcoin. However, not everyone understands the technology of bitcoin, which extends well beyond Internet-based currency.For the rock people, bitcoin is an Internet-based currency that allows for transparency with respect to each transfer of the currency through the use of a distributed database. Each transaction is locked in a block, and blocks are connected to form a "blockchain."

The blockchain is an open source technology that facilitates creating each block, locking each block, and connecting the resulting string of blocks. Because it is a write-only database that never can be edited or deleted, the blockchain gives integrity to the complete history of the transaction. For example, if we purchase a new tablet online using bitcoin, the seller wants certainty that the purchaser actually owns the bitcoins used to purchase the tablet. Also, the seller wants to be certain that the bitcoins have not already been spent by the purchaser for other goods.

The blockchain shows the ownership history of the bitcoins used before the purchase of the tablet. As a result, blockchain makes it difficult for a dishonest person to break the law by stealing some else's data. We are now entering a time when blockchain is expanding to wider, nonmonetary activities — at least since earlier this year, when the U.S. Food and Drug Administration signed an agreement with IBM to explore Watson, famous from Jeopardy!, and blockchain to protect electronic health records. As a matter of fact, the use of Watson's artificial intelligence recently has expanded beyond the FDA deal to other important areas. For instance, IBM earlier this year began offering Watson/Blockchain as a Service, so we likely will see even more AI interfacing with blockchain.

Where Are We With AI?

AI is hardly new — it has been a part of the IT world for about 50 years. However, it was not until 2011 — when Watson became a public success in on Jeopardy! — that most people began to understand AI as more than just something from a science fiction novel. Today, one only has to acknowledge the recent and extensive media coverage of driverless cars to realize just how ubiquitous AI has become. Back in 1955, James McCarthy of Dartmouth College and a team of researchers defined AI as follows:

"… the conjecture that every aspect of learning or any other feature of intelligence can in principle be so precisely described that a machine can be made to simulate it. An attempt will be made to find how to make machines use language, form abstractions and concepts, solve kinds of problems now reserved for humans, and improve themselves."

The process of self-improving computers, AI, or machine learning has an inherent legal risk if the process violates a law in one or more countries.For example, if an AI system learns that it is acceptable to alter true facts (for the rock people, we are referring to "lying"), what is to stop it from altering something like a financial report made to the SEC to make a company look profitable, when in fact, is not, or a contract for the sale of the Brooklyn Bridge in New York as being executed by the true owner of the property?

Combining AI with blockchain allows for the secure, transparent review of data that is changed or moved over time, giving both the buyer and seller confidence in the validity, title and transfer of that bridge in Brooklyn. The Federal Trade Commission last year issued a report entitled "Big Data: A Tool for Inclusion or Exclusion?" The report focuses on privacy for citizens, since many companies rely on big data for AI to provide help with strategic business decisions without understanding the validity of the data. The use of big data has distinct concerns for electronic medical records. The Federal Trade Commission earlier this year held its third FinTech Forum, which included a discussion about blockchain payment systems and smart contracts to ensure consumer protection.

The FDA agreement with IBM/Watson "will explore the exchange of owner-mediated data from several sources, such as electronic medical records, clinical trials, genomic data, and health data from mobile devices, wearables and the Internet of Things." Initially, the project will explore the use of blockchain to share oncology-related patient data for research.

As the use of EMRs has expanded, the quantity of data has exploded. The mass of medical data tied to an individual gives medical researchers and professionals a complete view of the individual. The data, though, must be accurate and complete. Blockchain technologies keep an unalterable audit trail of all the medical data. As the use of blockchain expands, it is reasonable to see its use not only in medical research but in real and intellectual property transactions, contracting and auditable file storage.

Arizona recently recognized blockchain as legal, when the governor signed HB2417 into law. Among its provisions:

As more states adopt laws recognizing the legality of the blockchain, more lawyers will need a full understanding of this disruptive technology.