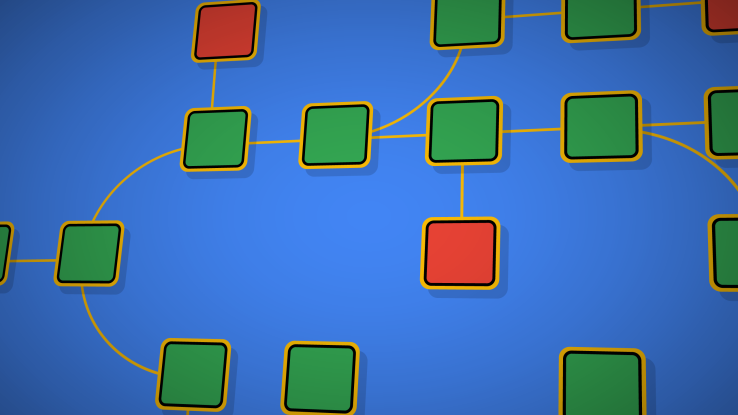 IBM unveiled its “Blockchain as a Service”

Yes, IBM has unveiled its “Blockchain as a Service” today, which is based on the open source Hyperledger Fabric, version 1.0 from The Linux Foundation. IBM Blockchain is a public cloud service that customers can use to build secure blockchain networks. The company introduced the idea last year, but this is the first ready-for-primetime implementation built using that technology. The blockchain is a notion that came into the public consciousness around 2008 as a way to track bitcoin digital currency transactions. At its core blockchain is a transparent and tamper-proof digital ledger. Just as it could track bitcoin’s activity in a secure and transparent fashion, it’s capable of tracking other types of data in private blockchain networks.

This could allow any private company or government agency to set up a trusted network, which would allow the members to share information freely, knowing that only the members could see it, and the information couldn’t be altered once it’s been entered. Jerry Cuomo, VP of blockchain technology at IBM, says his company is offering a set of cloud services to help customers create, deploy and manage blockchain networks. This fits in with IBM’s broader strategy to offer a wide range of cloud services to its customers.

Although the blockchain piece is based on the open source Hyperledger Fabric project of which IBM is a participating member, it has added a set of security services to make it more palatable for enterprise customers, while offering it as a cloud service helps simplify a complex set of technologies, making it more accessible than trying to do this alone in a private datacenter. “Some time ago, we and several other members of the industry came to view that there needs to be a group looking after, governing and shepherding technology around blockchain for serious business,” Cuomo told TechCrunch.

The Hyperledger Fabric project was born around the end of 2015 to facilitate this and includes other industry heavyweights such as State Street Bank, Accenture, Fujitsu, Intel and others as members. While the work these companies have done to safeguard blockchain networks, including setting up a network, inviting members and offering encrypted credentials, was done under the guise of building extra safe networks, IBM believes it can make them even safer by offering an additional set of security services inside the IBM cloud.

While Cuomo acknowledges that he can’t guarantee that IBM’s blockchain service is unbreachable, he says the company has taken some serious safeguards to protect it. This includes isolating the ledger from the general cloud computing environment, building a security container for the ledger to prevent unauthorized access, and offering tamper-responsive hardware, which can actually shut itself down if it detects someone trying to hack a ledger.

What’s more, IBM claims their blockchain product is built in a highly auditable way to track all of the activity that happens within a network, giving administrators an audit trail in the event something did go awry. In addition to the blockchain service itself, IBM announced a customer, Secure Key Technologies, a digital identity and attribute sharing network. The company has been testing a consumer digital identity network built on top of the IBM blockchain technology with banks in Canada.

If it works as advertised, it could end up greatly simplifying and securing how we maintain and share our identities in a digital context, allowing us to expose only the information the requesting authority requires (and no more), while enabling us to revoke those sharing privileges at any time.