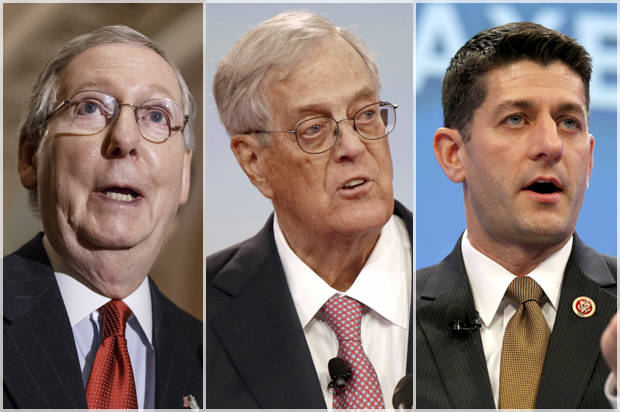 The truth about the cancelled Colo. caucus

The GOP establishment sees themselves as part of the “specialized class” responsible for making political decisions because they believe the public’s “too stupid” to make decisions for themselves.

This “spectator democracy,” first described by political insider Walter Lippmann in the 1920s, reduces voters into mere spectators — not participants — in public policy managed by a tiny elite, in this case the GOP establishment.

“The compelling moral principle [behind it] is that the mass of the public are just too stupid to be able to understand things,” Noam Chomsky wrote in describing Lippmann’s views.

This is the core principle of the GOP establishment: to them, only the elite have the intellect and rationality to decide the public’s best interests.

The public at large, on the other hand, cannot manage their own affairs and therefore must be lead like cattle towards the future world envisioned by those in control.

Not considered the decision-makers, the American people are meant to be mere bystanders in society, only participating on occasion during political “elections” to decide which one of the elites will “represent” them, such as Hillary Clinton or Ted Cruz.

Populist candidates like Donald Trump are not allowed because they’re not compromised and controlled by the establishment.

The mainstream media serves the elite by fueling racial tensions, such as using straw man arguments to declare Trump “racist,” which encourages in-fighting amongst the public while the establishment gains more power without adversity.

And the media and the elite both want to keep the public locked into the false left-right paradigm which oversimplifies the public’s perception of the world so that they falsely believe that everything is simply black and white, one extreme against the other, conservative vs. liberal, red vs. blue.

While stuck in the paradigm, people are led to believe their opponents only exist on the opposite side of this two-dimensional spectrum and are completely unaware of the real power towering above.

But during this presidential race, Trump has successfully exposed the real power behind the throne — and that’s why the establishment wants to stop him.