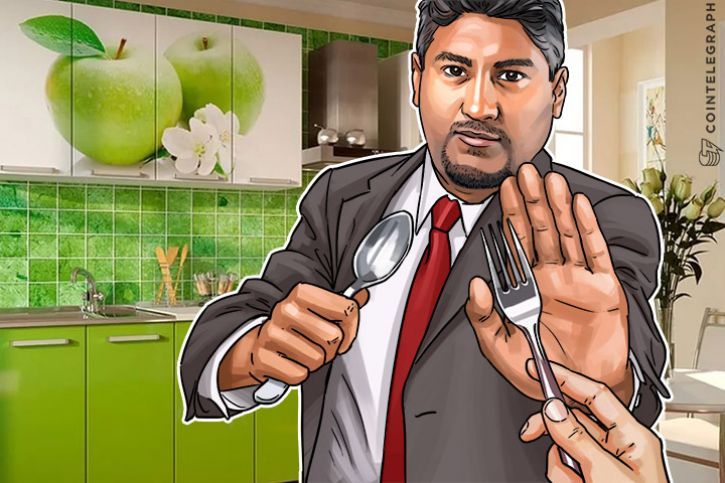 With the ETF decision out of the way, the focus in the Bitcoin community has turned back to the scaling debate. While some proponents of an increase in block size are in favor of a hard fork, South African Bitcoin entrepreneur Vinny Lingham feels that this would negatively impact Bitcoin.

The Bitcoin network seems to be choking at the moment, with unconfirmed transactions piling up, transaction fees shooting through the roof and a general sluggishness across the network. Microtransactions have more or less ended, with high transactions fees making them unviable. Everybody agrees that there is a problem but unfortunately, consensus eludes the Bitcoin community on what the solution should be. The Core team believes that retaining block size at 1 MB is crucial to maintaining the distributed nature of the Bitcoin network, while others advocate increasing the block size to increase the network capacity.

Bitcoin Unlimited (BTU), which seeks to transfer power to decide on the block size to the miners, has emerged as a frontrunner to handle this problem. The proportion of nodes who have “signaled support” to Bitcoin Unlimited has increased steadily to over 30 percent. It has overtaken SegWit, currently backed by the Bitcoin Core team, which has 28 percent of nodes supporting it.

Why is Vinny Lingham against a hard fork?

Vinny Lingham believes that Bitcoin has the potential to reach $3000, only if there is no hard fork.

“Danger on the horizon. If Bitcoin forks, all bets are off and we can kiss $3k BTC in 2017 goodbye…”

Vinny believes that Bitcoin’s greatest asset is its brand awareness, which will get diluted if there is a hard fork. It could lead to confusion for the common man of which Bitcoin is the real one. Merchants might avoid both BTC and BTU because of the confusion. It could also result in rival factions dumping both versions of Bitcoin at exchanges, thereby depressing the price.

Vinny points out to what happened to Ethereum Classic when the Ethereum Foundation sold off their coins. Moreover, the network effect would decrease with users divided between BTC and BTU, thereby lowering the overall value of Bitcoins in circulation. While the block size debate has sharply polarized the Bitcoin community, working together would be the only way to ensure that Bitcoin’s value is not destroyed.

Bitcoin’s price remained stable as news surfaced of a bug in Bitcoin Unlimited (BU) shutting down half of its nodes. On Tuesday, BU’s node numbers dropped suddenly from around 800 to 400, with developer Andrew Stone and investor Roger Ver subsequently confirming that an attacker exploited a bug in the protocol.

“We are seeing an abnormal, hard-to-create input result in a negative outcome so we are classifying this as a network attack.”

The events unleashed a frenzy of social media activity which even engulfed some of cryptocurrency’s best-known names. Core developer Peter Todd took to Twitter to deny any involvement in the bug, about which he tweeted an hour after the malicious episode began. Responding to Todd, tech blogger Avatar X alleged that fellow developer Greg Maxwell had said that two further bugs were present in BU which had “yet to be fixed.” Meanwhile, received hostility. One BU node operator accused him and other responsible parties of “plain incompetence” as panic gripped a community to whom Ver had only last week unveiled a brand new mining pool.