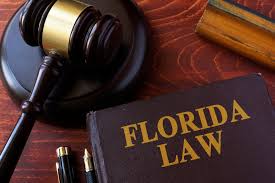 Florida Bill Would Punish Criminals Who Use Cryptocurrency

State lawmakers in Florida have introduced two bills which would add virtual currencies to the state’s money laundering statute. The bills were introduced in the wake of a Miami court case from last year, where a judge ruled that cryptocurrencies like bitcoin are not money, and thus did not fall under the state’s money laundering law. The Senate version of the bill, Senate Bill 1626, was first introduced in the Florida Senate on March 3rd by Republican state Senator Rob Bradley. The companion bill in the Florida Houses of Representatives, House Bill 1379, was introduced on March 7th by Republican state Representative Jose Felix Diaz. State Rep. Diaz represents District 116, which includes Miami-Dade County.

The two bills were drafted with the help of Katherine Fernandez Rundle, a cybercrimes prosecutor from Miami-Dade County.“The high-tech criminals of the 21st Century use virtual currencies like bitcoin to accumulate and hide the profits of their illegal activities. This legislation makes sure that traffickers and fraudsters can no longer try to use internet-based currencies to hide and move their ill-gotten gains,” Miami-Dade State Attorney Katherine Fernandez Rundle said in a statement.

The proposed legislation would define virtual currency as “a medium of exchange in electronic or digital format that is not a coin or currency of the United States or any other country.” The language used in both bills is practically identical. For now, cryptocurrencies like bitcoin are not among the types of financial instruments and transactions which are applicable to the money laundering statute. The current law in Florida prohibits people from gaining money from a criminal activity, as well as prohibits using money to further a criminal activity. Due to the court ruling from last year, cryptocurrencies like bitcoin are not legally recognized as money, and therefore cannot be treated as such under the state’s current money laundering law. If the proposed legislation is enacted, prosecutors will still need to prove that a person intended to help launder money, or intended to help further criminal activity.

In the case which inspired the two bills a Florida man, Michell Espinoza, fell victim to undercover law enforcement agents who tried to set him up in a sting operation by buying, what at the time was, $1,500 US Dollars worth of bitcoin. The undercover agents told Espinoza that they had planned to purchase stolen credit card numbers with the bitcoin he was selling them. Michell Espinoza won his case and was cleared of all charges in July of 2016. The state unsuccessfully tried to appeal the judge’s ruling in that case, but were unsuccessful.

While legislators may intend for the two new bills to make people like Michell Espinoza into criminals, it is important to remember something that Miami-Dade Circuit Judge Teresa Mary Pooler wrote in her eight page opinion in the case of the State of Florida v. Michell Abner Espinoza, where Judge Pooler wrote, “This court is unwilling to punish a man for selling his property to another, when his actions fall under a statute that is so vaguely written that even legal professionals have difficulty finding a singular meaning.” Even if the new bills are enacted, it is possible that future defendants being prosecuted under Florida’s money laundering statute could successfully argue that the law is unconstitutional in that it violates the vagueness doctrine.