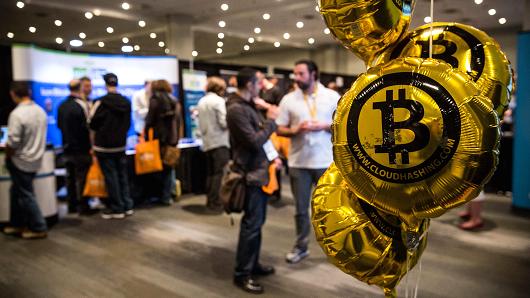 Timothy Enneking started a cryptocurrency fund in 2014, when the market was almost exclusively bitcoin. That's no longer the case.

The 58-year-old money manager is now aiming to raise up to $400 million for the Crypto Asset Fund, a diversified pool of digital currencies and assets that he expects to be in the tens of millions of dollars by the end of this year. Enneking filed with the SEC on Monday.

With the soaring value of ethereum, Ripple XRP and NEM, the top 100 cryptocurrencies combined are now worth more than $98 billion, according to CoinMarketCap. Bitcoin accounts for 46 percent of the total. Enneking said just six to eight months ago, the total value was in the low teens and 85 to 95 percent was bitcoin.

"We can actually now apply much more sophisticated tools to a portfolio of investments," said Enneking, who started managing money in Russia in 2002 and is now based in San Diego. "I don't think the world has seen but the pointy end of the spear in terms of what's going to happen in cryptocurrencies."

Crypto Asset is a trading fund, so it's not for the buy-and-hold investor. Enneking said that the minimum investment for the fund is $25,000 and that most of the institutions that are approaching him have between $100 million and $2 billion under management.

The craze around cryptocurrencies stems from growing adoption of blockchain, a distributed electronic ledger that makes all transactions trackable. Banks are using it for payments and back-office functions, while companies in digital music, ride-sharing and cybersecurity are starting to use blockchain for tracking, sharing or protecting assets.

It's still very early and speculators abound. Start-ups built on blockchain are creating their own crypto-tokens and selling them to investors and prospective customers in initial coin offerings (ICOs). Buyers can hold the tokens in the hopes of price appreciation or, in some cases, use them as currency in the company's ecosystem. For example, a cloud storage company called Storj sold tokens that customers can use to buy digital storage space.

Enneking said he participated in an ICO for INTCoin, which calls itself "a next-generation decentralized currency that takes advantage of blockchain capabilities for instant transactions with a minimum fee."

As for the Crypto Asset Fund's strategy, Enneking said he's broken the market up into six pieces, ranging from the "blue chips" valued at above $2 billion all the way down to the currencies with so little value that they don't trade. There are currently four cryptocurrencies that fall into the blue chips category — bitcoin, ethereum, XRP and NEM — and another 22 in his large-cap group with coins outstanding valued at $200 million or more, according to CoinMarketCap.

Enneking spends much of his time educating investors about the market and trying to get them comfortable with the idea that crypto is just like any other asset, except it's moving much more quickly and the regulators have yet to become a presence.

That's a big part of the risk.

"It's not nearly as different as the average fiat investor thinks it is," Enneking said. "It's better, faster and with less regulation, which isn't always good."

If you do not have $25,000 to invest, you could go to Trade Coin Club where minimum starting investment is 0.35 Bitcoin