Much of my time is spent working with entrepreneurs, and I have discovered that many, if not most, are uncomfortable with the role and responsibility of leadership. The typical entrepreneur is someone who has a desire to be financially self-determined, who has enough confidence to try something on their own, and who is willing to take some risks. Most of them are comfortable with the idea of being someone else’s boss. But they would prefer to be a boss without being a leader.

What is it about being a leader that is so daunting? Part of the problem may be that we’ve taken the concept of leader and attached it to larger-than-life personalities like Jack Welch, making anyone else who aspires to leadership look like a pallid wanna-be.

Part of the problem may be that our national personality is largely influenced by populism, the idea that the rank and file have greater value than their leaders because of, their, um superior realness (read on to discover the glorious contradiction of this idea). This populist tendency leads to a rather toxic practice of boss-bashing and fault finding. Any intelligent person who wishes to pursue a position of leadership must first consider their own ability to deal with constant criticism. One of the first pieces of management advice I ever received, delivered from a mentor I revered, was “the higher you fly the more you get shot at.” I have often encountered talented workers who were unwilling to break ranks with their fellow workers and train for management because they didn’t want to upset the social applecar 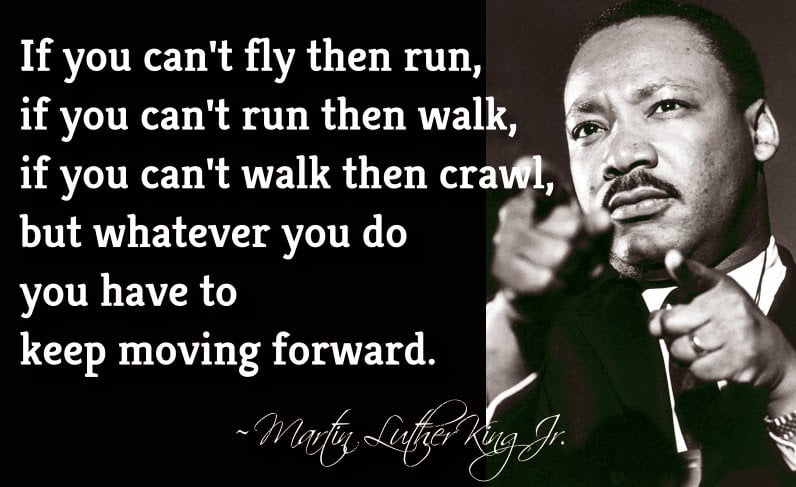 Another reason some people eschew leadership is because it’s so damned responsible. Myriad scientific and social studies demonstrate that the wildly successful aren’t those who make less mistakes — they are the ones who make more mistakes, because it requires much more action and risk-taking to achieve big wins. Leaders are by their nature flawed. Truly great leaders air all their flaws in public in pursuit of great accomplishments. The responsibility of driving an organization forward is the responsibility of constantly trying to be educated, informed, forward-thinking, and strategic thinking enough to make more decisions than anyone else has to make — frequently at breakneck speed and always at the risk of being wrong. The armchair leadership critique squads get to sit on the sideline and comment on everything from the leader’s personality to their character to their subject knowledge to their style. They are sometimes correct, rarely kind. 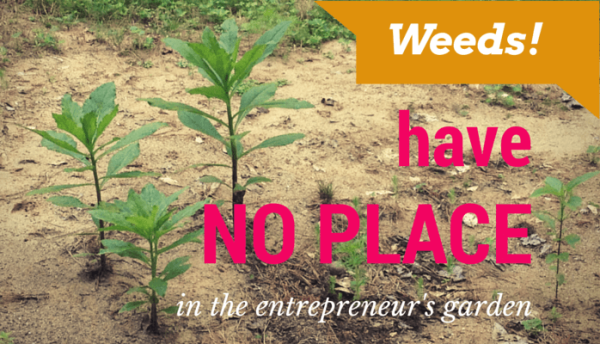 Are you the Garden Variety Entrepreneur?

No wonder many entrepreneurs would rather be a garden-variety boss than a leader. It’s safer. You get to keep/make more friends. You get to make the vast majority of your mistakes in private.

The problem for entrepreneurs who do not wish to be leaders is that it doesn’t work. People crave leadership, even as they criticize it, even as they resist it. We all want to know where we’re going, how we’re going to get there, what risks we’re going to face, and what our chances are of making it. If nobody takes a leadership role, the result is the social equivalent of sheep milling around in a barnyard. The contradiction of our social populism is our equally great craving for accomplishment, a sense of purpose. 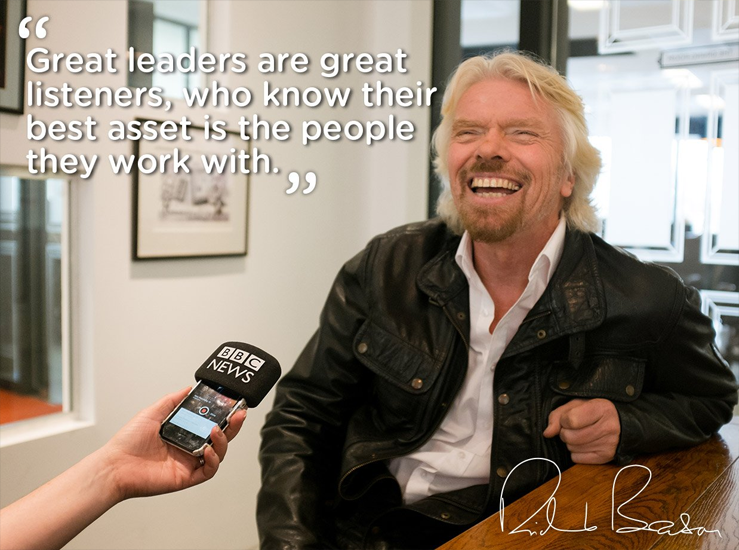 Be the Leader The Alpha Entrepreneur!

Can a business survive without a leader? Absolutely — I hear about and encounter businesses without leadership every day. Business owners who are described as wishy-washy by their employees, who avoid making difficult decisions, who move the business so incrementally that the evolution is nearly indiscernible (or nonexistent), who push tough decisions off to people like the human resource manager, the operations manager, and the accounting department. They are frequently well-liked, even admired, people. But do their businesses grow and thrive? No, they do not.

When an entrepreneur takes the responsibility for hiring others, they take on a responsibility for other people’s lives. If you’re self-employed and it all falls apart, you’re only damaging yourself and your family. When an employer goes down the drain they take many others with them — employees, vendors, and even customers.

Many entrepreneurs believe that by being very conservative — by not making mistakes — they will preserve their business. But case-study after case-study demonstrates that the typical business failure isn’t made of one bad decision (or even several bad decisions), but of failure to evolve, to chart new territory, to end things that have lost their value (or never had value), to seek new customers in new markets or to invent new ways to create value. Failure is typically the result of stasis. 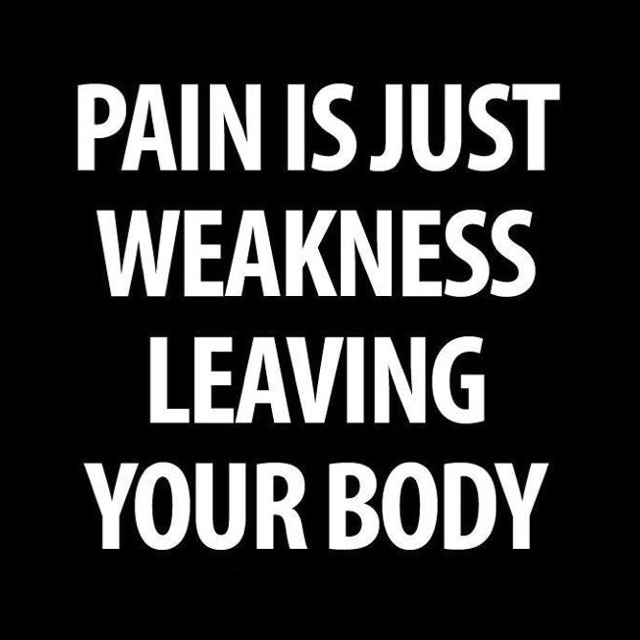 The practice of leadership is demanding; demanding of skills, knowledge, ability to grow, and ability to maintain self-confidence. Jim Collins asserts that to be a great leader one must first be a great manager. Leadership isn’t about charisma. It’s about having tremendous knowledge about the work (all the work), how to do the work, and what could improve the work. At the same time a leader is looking inside with tremendous insight, understanding, and contribution, they are also looking outside with foresight, a passion for learning, and an eagerness to evolve. The competent leader is assessing all the variables, recognizing that each option presents both pros and cons, and driving in the direction of the greatest pros while working to offset or eliminate the cons. 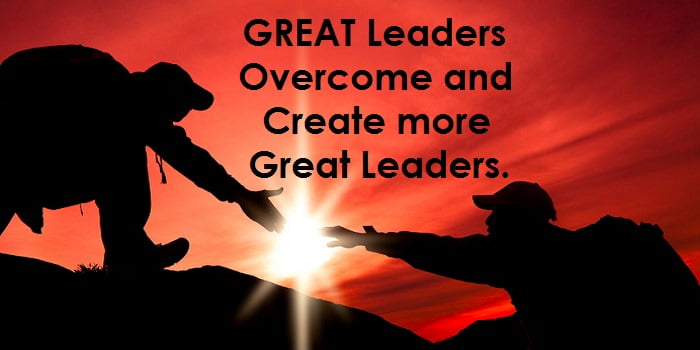 And great leaders? Jim Collins says that a great leader goes beyond those characteristics to combine a blend of intense personal will with great humility. And there it is. The biggest risk. One does not become a great leader without having first been a not-great leader. Humility is learned on-the-job. The risks of leadership aren’t just technical, strategic, financial. They are personal. Intensely personal. The emerging leader must make peace with a very difficult idea. He (or she) must accept that demands and complaints from the rank and file are part of his growth, because a leader must strive to be more capable, more effective, a better decision-maker than the people they aspire to lead. And he does all this in public, being the flawed human being he is, and holding himself to a higher standard than his critics will ever be held to themselves. More daunting is the fact that this goes on for a long time, because great humility is rarely achieved in one’s 30s or 40s. Great humility is typically pursued over a lifetime, which means someone who aspires to be a great leader is aspiring to decades of humility lessons.

Is it fair? Well, as I often ask my children, “what’s fair anyway?” The more appropriate question is “what do you want to achieve?”  If what you wish to achieve is a thriving business that grows and evolves and is capable of producing the retirement income or legacy you desire, you will need to either accept the role of leadership or fully entrust that role to someone else who will. If you choose to learn to be a leader — then a great leader — the financial, intellectual, and psychic rewards can be great, but as with every great reward, you will pay the price every day. You will have to be a striving, mistake-making, earnest, struggling, imperfect human on a public stage. The ultimate risk. And perhaps the greatest reward of all.