The heads of the Congressional Blockchain Caucus want their colleagues to know the technology has many uses besides currency. 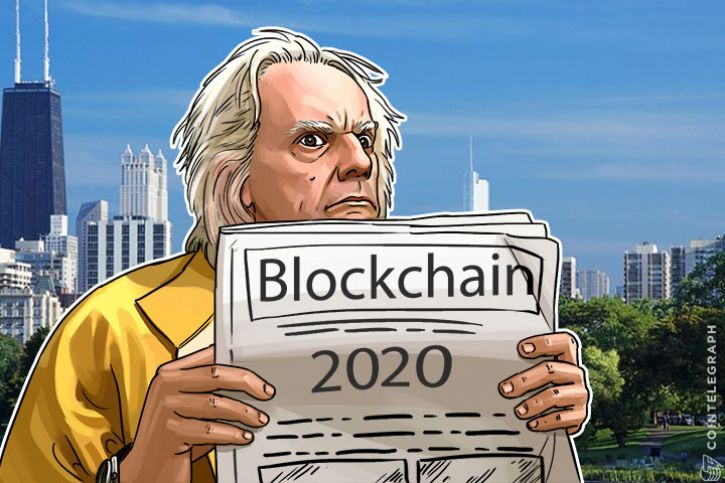 Congressman David Schweikert is determined to enlighten his colleagues in Washington about the blockchain. The opportunities the technology creates for society are vast, he says, and right now education is key to keeping the government from “screwing it up.”

Schweikert, a Republican from Arizona, co-chairs the recently launched Congressional Blockchain Caucus. He and fellow co-chair, Democratic Representative Jared Polis of Colorado, say they created it in response to increasing interest and curiosity on Capitol Hill about blockchain technology. “Members of Congress are starting to get visits from people that are doing things with the blockchain and talking about it,” says Polis. “They are interested in learning more, and we hope to provide the forum to do that.”

Blockchain technology is difficult to explain, and misconceptions among policymakers are almost inevitable. One important concept Schweikert says more people need to understand is that a blockchain is not necessarily Bitcoin, and there are plenty of applications of blockchains beyond transferring digital currency. Digital currencies, and especially Bitcoin, the most popular blockchain by far, make some policymakers and government officials wary. But focusing on currency keeps people from seeing the potential the blockchain has to reinvent how we control and manage valuable information, Schweikert argues.

A blockchain is a decentralized, online record-keeping system, or ledger, maintained by a network of computers that verify and record transactions using established cryptographic techniques. Bitcoin’s system, which is open-source, depends on people all around the world called miners. They use specialized computers to verify and record transactions and receive Bitcoin currency in reward. Several other digital currencies work in a similar fashion.

Digital currency is not the main reason so many institutions have begun experimenting with blockchains in recent years, though. Blockchains can also be used to securely and permanently store other information besides currency transaction records. For instance, banks and other financial companies see this as a way to manage information vital to the transfer of ownership of financial assets more efficiently than they do now. Some experiments have involved the Bitcoin blockchain, some use the newer blockchain software platform called Ethereum, and others have used private or semi-private blockchains.

The government should adopt blockchain technology too, say the Congressmen. A decentralized ledger is better than a conventional database “whenever we need better consumer control of information and security” like in health records, tax returns, voting records, and identity management, says Polis. Several federal agencies and state governments are already experimenting with blockchain applications. The Department of Homeland Security, for example, is running a test to track data from its border surveillance devices in a distributed ledger.

The growing demand in the private and public sector for blockchain services has spawned a plethora of startups and enticed hundreds of millions of dollars of venture capital. But the nascent industry is handicapped by an uncertain regulatory landscape at both the state and federal level, says Perianne Boring, founder and president of the Chamber of Digital Commerce, a Washington, D.C.-based trade association.

How should governments use blockchain technology?

Services for transferring money fall under the jurisdiction of several federal regulators, and face a patchwork of state licensing laws. New blockchain-based business models are challenging traditional notions of money transmission, she says, and many companies are unsure where they fit in the complicated legal landscape.

Boring has argued that financial technology companies would benefit from a regulatory safe zone, or “sandbox”—like those that are already in place in the U.K. and Singapore—where they could test products without the risk of “inadvertent regulatory violations.” We don’t need any new legislation from Congress yet, though—that could stifle innovation, even more, she says. “What Congress should be doing is educating themselves on the issues.”